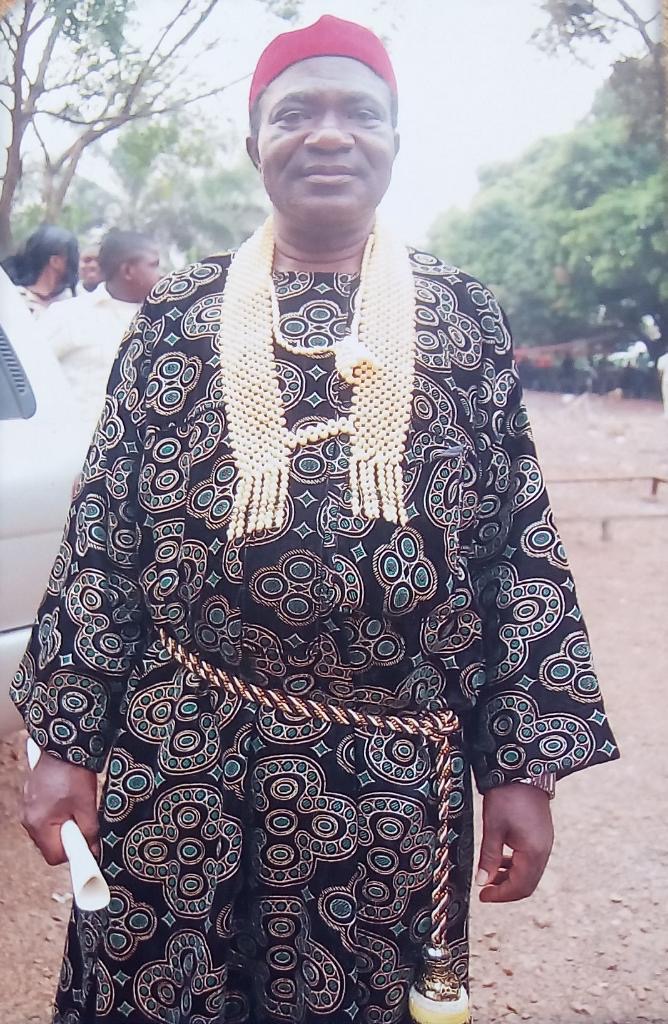 I have looked forward to this day even more than I have my thirtieth birthday. After the scare, ten years ago, I am more than grateful to God that I still have my father with me.

It was on the 1st of October 2010 – Nigeria’s Independence Day. He had gone to see his friend who lived away from his family and had just got back to be with them briefly. Just before he left, I heard my mom call out to him from the kitchen to wait for a few more minutes for the food to cook, so he could eat before going. He said he wouldn’t stay long and would be back soon. He was excited to see his friend again – typical of my father.

My mother got a phone call a few hours later to come over to the hospital. At first, we thought it was an accident, but it wasn’t. You see, my father is hypertensive. He has been since he was in his twenties and has been on drugs ever since. But for whatever reason, he stopped taking his medicines some weeks before this incident took place.

They were all sitting at this friend’s balcony, eating, and drinking. He wanted to stand up but instead was falling to his side when his friend caught him. He must have lost consciousness as my mom narrated that he regained his consciousness just a few minutes after she got there, and asked that she takes him back home.

The doctors kept him for a few more days before he was allowed to go home. I had never seen my father that sick.

When he got back from the hospital, I remember how I would secretly peep either through his window or by gently opening his door to make sure he was still breathing. Sometimes he caught me and asked ‘onye?’ then I would come into his room, sit on the bed and talk with him while stretching his toes until my mother comes in and tells me to allow him to rest.

My father is very in touch with his emotions – a very expressive man. They say that men hate to cry. Not my father. And I am glad that he chose not to enforce this stereotype as it has taught me to be fully expressive of what I feel and who I am.

My father cries when happy, sad, or when he’s telling a heartfelt story. This ‘softness’ makes me love him more as time goes by.

My father cried when my sisters got married. My sister’s husband had come to the house a day before the wedding ceremony to collect her properties as she would not be returning to our home after the event. As they were about to take the last box of clothes down through the stairs, my father could not hold down the tears anymore. My sister started crying too, and the young man who would be her husband proceeded on another round of reassurance, his daughter was in safe hands after all.

In 2016, when the bank I worked for transferred me from their Enugu branch to Awka, he wanted me to resign from the job immediately. Seeing that I didn’t welcome the idea of being without a job, he started thinking of friends whom he knew were in top management positions in the bank and could use their influence to cancel the re-deployment. Even though I love my father, I still wanted a little freedom – I wanted to be able to hang out with friends after work. I somehow convinced him not to call anybody, that the transfer was a good thing. I told him I was going to the new branch as a supervisor and that it seemed this was the only way to grow in the career that I had chosen. I reassured him that I would get accommodation in a very secure area in Awka. He called me twice every day, the first two months that I lived in Awka. He took care of my car, which I had parked at the house in Enugu; he kept the engines warm until I came to collect it after I moved from a hotel to my new apartment.

My father is present, often too present for comfort. I went to a boarding school for my secondary school education, and my father was at every visiting day with my mom, bearing gifts and provisions. The school operated a mini bank and he always made sure he deposited more than enough money every time he came. I remember telling him on one of those days not to give me more money as I was yet to spend from what he gave me two months prior.

My father has poor eyesight, and as often as possible, he steers clear of driving at night. However, he would insist on coming over to the Diamond Bank branch, where I worked in Enugu to take me home on those days when our work ran into the nights.

I studied Computer Science because my father said he preferred that to Mathematics, which was my original choice when I bought the university’s supplementary form. I entirely trust his judgment, and it has been thirty years now, it is yet to fail me.

My father is a Chartered Accountant. He was once in charge of Enugu State’s treasury. He got to the highest level in Civil Service before retiring. A titled Igbo man – Ikeoha ndi Ikem.

My father is the reason I know what a good man looks like because he is one. He adores my siblings and I. I see how he dotes on my mother at their older age, and I marvel. My mother works with the Ministry of Women Affairs in Enugu, and every morning, he insists on taking her to work.

Here is a man who would do anything for me, who would give me anything – including his life.

I hope to find a husband who treasures me the way my father does; but even if I don’t, I will live fulfilled and ever grateful to God for giving me this experience – a present father.

My name is Nkiru. I am a Business Analyst, and I write. For many years I have sought ways to express my thoughts and deep feelings to a wide-ranging audience. I finally found it! Here, I share a piece of myself.