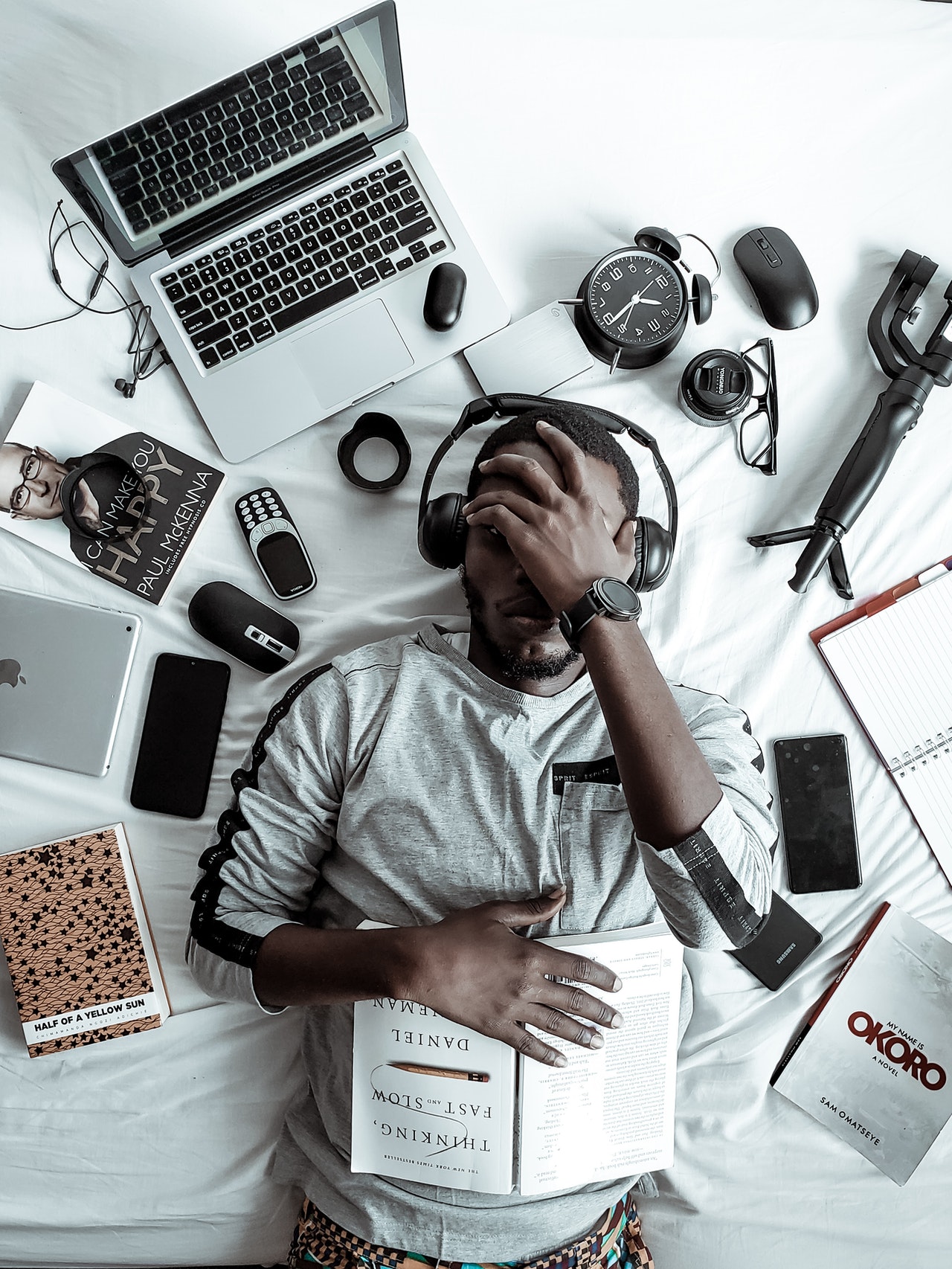 Jumoke was a calm woman with golden-brown skin and a body shaped by the perks of monetary comfort. She walked with a light gait, and her face wore a union of burden and gratitude. Her partner was light-skinned and had the near height of a long-distanced Kenyan athlete. He was bald, with bulgy eyes that crinkled when he spoke. Aired with a positive outlook and unwavering determination to correct his mother’s narrative about inter-tribal marriages, his was a tongue that spewed words like floating flowers. They had married only 11 years and had one daughter.

When their small family turned in, one regular night, they hadn’t expected a knock that would change their view about the society, relationships, and childbirth. The front door of their duplex home was greeted by a pounding sound and threatening voice that stole the quiet of the night. Her partner opened it to a group of neatly dressed men that held pistols and stripped them of their highly-priced belongings. But they also took something worth more than material items – the joy that filled the corners of their home. It disappeared when the group’s leader forced his way through the silk nightdress on Jumoke’s body.

This event happened in a scene from Light in the Dark, a movie on Netflix that tells a story of hope and social issues around rape, shame, trust, inter-tribal marriage, and spouse roles. When we take a closer look at these issues, we see a representation of similar social activities from earlier stories of the Nigerian movie industry. Hovering around its core message of hope, we see that the movie portrays a cross-generational persistence of social norms, a thread of cultural legacies woven into the present state of our society.

Between the 90s and early 2000s, movies created under the Nollywood industry showed a stream of social activities that revealed our cultural truths and shaped our perception of each other. Parental responses to inter-tribal marriages wore a threatening garment of disapproval, due to a national history of tribal conflicts and the residual of the Nigerian civil war. Intertwined with the use of sorcery, with cats as primary channels of the negatively supernatural for some reason, disloyal friends were also a major highlight of these movies. Partners also had two roles – wives to kitchens, men to the provision of financial stability.

These are past realities that somewhat persist to date. It shows that culture is a group habit that twines with the flow of time, seeping into multiple generations, and depositing legacies that define the social norms of a people. Culture isn’t inherently bad. As a vital part of any community, culture gives identity to a group of people. We see its presence in workplaces, families, and the circles we create around ourselves. Still, as with all elements in the earth, cultural legacies have the potential of becoming toxic.

In the 1940s, Mamie and Kenneth Clark carried out a social experiment with dolls and children. The psychologists presented African-American children with two dolls (one – brown-coloured, the other – white-coloured) and asked them to pick the one that looked bad. The kids chose the brown-coloured doll. Again, the kids were asked to pick out the doll they thought was nice, the doll they preferred playing with, and what doll they thought had a nice colour. The kids chose the white-coloured doll. The doll test, which played a defining role in the desegregation of the American school system, revealed that the prevalence of biases, in this case – racial bias, is formed by the narratives projected within a society. It exposes the strength of our mirror neurons – neurons that help us replicate the activities we see in our environments – in the modelling of behaviours and the establishment of social norms.

To paint a clearer picture of this, let’s liken cultural legacies to our manner of absorbing character traits from others. When we react to the habits and lifestyles of others, we either react through flight, fight, or acceptance. When we react by flight, we run away from being a part of something: arguments, stressors, and even responsibilities. In the fight mode of reaction, we fight to oppose perspectives that threaten our beliefs, against things we don’t want as a part of us. When we react by accepting, two methods dominate our action: first is distant acceptance; the second is absorption.

In the distant acceptance mode of reaction, we hold our opinions and choose to respect the beliefs and actions of others without being a part of their system. We accept from a distance. This differs from absorption – the second acceptance mode of reaction, where we react by taking on the ideas and traits of others as a part of who we are. It occurs consciously or subconsciously.

In conscious absorption, we choose to take on ideas and traits as a part of who we are. But in subconscious absorption, we somehow inherit certain habits without realizing it – often in a newer and more modernized manner. Depending on the nature of character trait, subconscious absorption can either be a healthy or unhealthy relationship with the habits of another person, and habits, when absorbed subconsciously, have the potential of turning blind: we sometimes get to the point of denial, where we eventually become the people we never thought we would.

The absorption model of reaction is a form of observational learning that enables us to model behaviours, and potentiates the passage of cultural beliefs across generations. This means that a group of people consciously or subconsciously accept certain norms as a part of their identity. A look into the outcome of absorption shows us that, like traits, not all legacies are healthy. The cultural legacy of a people is defined by the persistence of past social norms in future generations. These legacies – either healthy or toxic – often present as being unchangeable. However, the activities of Mary Slessor – albeit not a ‘saint’ – and other cultural shapers tell us that norms are redefinable.

Toxic social deposits, from a culture, have the potential to feed into our operating assumptions and cast a negative shadow on our development as a people. We see the depth of this in our society and can agree that it’s our collective responsibility to fix the negatives of these norms. Quelling the power of these deposits begins with an understanding that not all norms are healthy. The touching of women in markets isn’t a healthy activity. The single-sided expectations placed on romantic partners shouldn’t be normalized. The suppression of masculine emotional expression is of little value, and the culture of nepotism across the educational, political, work, and other spheres is indeed lethal to our furtherance. This understanding would drive our ability to recognize existing toxic social norms and acknowledge their roles in the development of our society. Still, after this has been established, how do we take action beyond rules and temporary palliatives?

Across generations and global cultures, information has served as a tool for promoting knowledge; it is the bane of our formed educational systems and is vastly present in all human activities. A social norm can be reshaped by its core promoter, which is information. Although a formal education is critical for building knowledge, its impact on moulding our behaviour is greatly overshadowed by the weight of family and peer-based learning. This means that the ‘classroom’ experience doesn’t guarantee mental growth, and personal relationships (family and friends) have a greater influence on our perception of the world.

The entertainment industry can play a pivotal role in influencing social changes, on a large scale, by displaying newer and better norms. By persistently promoting transformative information which, over time, will condition better behaviour and an improved way of thinking about our cultural standards. Shows like Big Brother Naija, rather than serve (mostly) as a promoter for public debates around romantic relationships, could act as an inducer of conversations about our social (and, dare I say, political) relationships. As rice is to Sundays, movies, and music are dominant social staples frequently consumed by Nigerians. These serve as vital avenues for social engineering – a powerful channel for observational learning that has the potential to shape perspectives and redefine our cultural legacies.

We, our personalities and decisions, are strongly influenced by our knowledge. Without the right information, we become accustomed to a specific manner of thinking, crippling the establishment of social development. We can reinforce healthier norms by leveraging on our collective interest in entertainment and strength as visual and auditory learners, and the boom of the entertainment industry.

A few weeks after the attack on Jumoke and her family – which resulted in a weighty air of unhappiness – the creators of Light In The Dark displayed several redefined societal norms. They showed that – by showing changes in normalized systems – the work culture of the police force can be redefined and that social engineering has the potential to influence parental perception of intertribal marriages, societal reaction to rape, and our response to relationships.

Photo by Ola Dapo on Pexels

Ask Shade About Trusts: My Salary Has Been Slashed, How Can I Give my Child the Best Education?

Temi Olajide: How to Connect With Your Children in the Digital Age

Etashe Linto Okpola is a writer and the host of Strange View Podcast - https://bit.ly/StrangeViewPodcast -, where she sits in conversation with insightful individuals to explore the intersection of Art & Academia, and how connected we are. Feel free to reach out to her on [email protected] and view her complete profile on https://etashelinto.disha.page/