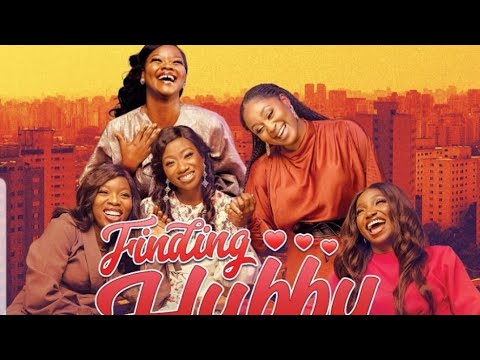 Can women be friends? Old Nollywood would say no. It had an interesting definition for women: witches, husband snatchers, and devious creatures operating in opposition to one another. But over the past few years, the industry has been rehabilitating its ideas of womanhood. They may not know it, but the women in a story like Jade Osiberu’s Isoken were pretty much rebels just by existing in a film where they were friends.

In the delightful Finding Hubby, a film directed by Femi Ogunsanwo and based on a series of blogs by the author Tunde Leye, we meet three friends – all women, all cordial. Even as the film shows one major disagreement, which almost tilts the film into old Nollywood territory, most of the interactions between the young women are not unlike the interactions between young men — just with less noise. Their collective story, as told through a screenplay by Temitope Akinbode and Dichie Enunwa, is presented without much cinematic style. Unlike a couple of recent Nollywood films meant for the big screen, the camera work here is workmanlike. This is a film that just wants to tell a story, and tell a story it does.

The central character is Oyin Clegg (Ade Laoye), a young and well-off woman working for a Lagos firm that early on gives an opportunity to travel to New York to another staff, although Oyin had worked remarkably well on the brief, as her boss admits. The reason why this happens? Blame it on the curse of the unmarried woman. Apparently, an unmarried lady had once abandoned the company after it sent her abroad. Oyin is given this gist by her friend (played by Kehinde Bankole) shortly before her replacement comes to gloat in her office. Understandably, she seethes. When, fortuitously, she sees an opportunity for revenge, she gleefully takes it. I will not reveal what happens but let me just say her revenge plot ends with one of the most satisfactory movie-slaps I have seen in new Nollywood.

That said, the film’s real subject isn’t office politics, but in providing a rich working life for our protagonist, Finding Hubby tacitly acknowledges the many spheres of pressure the average young adult dwells in. You are expected to satisfy your parents, your boss, your peers, and your own ambition. If you do get a spouse, you would be required to satisfy him or her, too. There are not a lot of people who excel in all of those spheres at once.

In fact, at the start of the film, Oyin is satisfying only her boss and, presumably, herself. Not long later, she stands on the verge of satisfying her mother when an old flame comes into the picture. At that point, she is the only one of her friends who is in a good romantic place. Actually, she might be in too good a place as there is also a guy pining for her at her office, but as she tells us via a voiceover, the guy doesn’t give her “butterflies”. She is one of those women who believe in sexual chemistry as the foundation for romance. A lapsed Christian, she is only persuaded to go to church because her mother (Tina Mba) calls and calls, issuing admonitions.

Like a certain type of Lagos woman, Oyin is more at home in a club. As are her friends, although one of them also loves the bedroom. In one scene, that friend describes the past weekend’s activity like this: “We ate and we smashed, and ate and smashed, and…” You get the idea. There are no prudes in Finding Hubby; these women have appetites, and not only for food.

The film itself has an appetite for subplots and impressively satisfies most of them. But at the point in which the viewer thinks that this lady we have come to care about is set to relax and be taken care of, well, Lagos and adulthood — the twin unpredictable entities of her life — conspire to insert yet another complication. If you read the series by the author, Tunde Leye, which was adapted to get this film, you might have an idea of what happens. If you didn’t, watch out for the film’s last twist.

But whatever you think about that last twist, you are likely to leave Finding Hubby thinking that women can be friends – if only because it’s only a woman that can understand another woman’s joy, pain, grief, and heartbreak. What I am saying is simple: watch the quietly satisfactory Finding Hubby – preferably with a group of women.

Omolola Olorunnisola: Investment Products to Gift your Child this Season