#WorldCancerDay: Solumkolia and Abigail Survived Cancer & They Want you to Know you Can Too!

Disclaimer: This post contains a few images that some readers may be sensitive to. 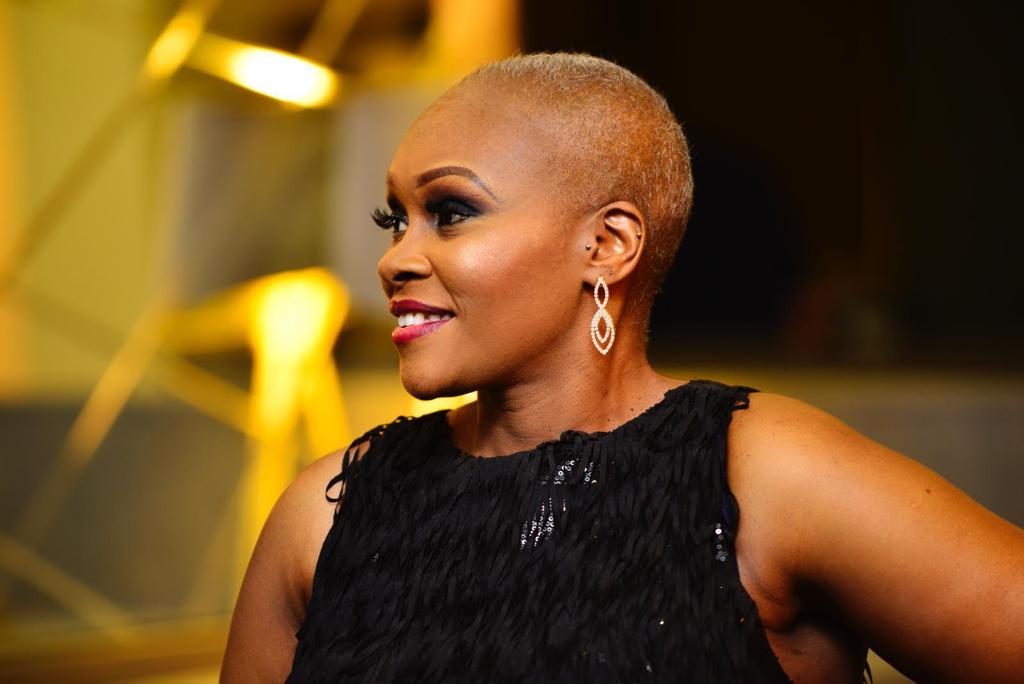 In 2018, Solumkolia Obi-Anazodo was having a shower when she felt a lump in her breast. She took her mind off it and hoped it will disappear. It didn’t. Several days later and the lump kept growing bigger. She then went for a test, and on the 24th of May, she was diagnosed with stage 3 cancer of the breast.

In Sub-Saharan Africa, there were an estimated 626,400 new cases of cancer and 447,700 deaths from cancer as of 2012, according to Globocan. The same report shows that in Nigeria, cancer is responsible for 72,000 deaths every year, with an estimated 102,000 new cases of cancer springing up annually. Of the different types of cancer, breast and cervical cancers are the two most common types responsible for approximately 50.3% of all cancer cases in Nigeria. The mortality incidence of cancer is also high in Nigeria – especially when compared to other countries – with 51% of cancer patients losing their lives to the disease. It doesn’t end there, the availability and quality of cancer data presented for Nigeria are poor.

Breast cancer is the most common cancer in women worldwide. In Nigeria, with a population of about 200 million people, breast cancer represents about 12% of all new cancer cases and 25% of all cancers in women.

But the popularity of an ailment does not reduce the fear that grips one’s heart when confronted with this life-changing situation.

“At first, I wasn’t scared, my mind didn’t even go to cancer. But when I got the report of my breast cancer, fear crept in,” Solumkolia says.

It was different for Abigail Simon-Hart whose mother had battled cancer before. Diagnosed with breast cancer in 2014, the news did not unnerve her neither did it make her cower in fear. 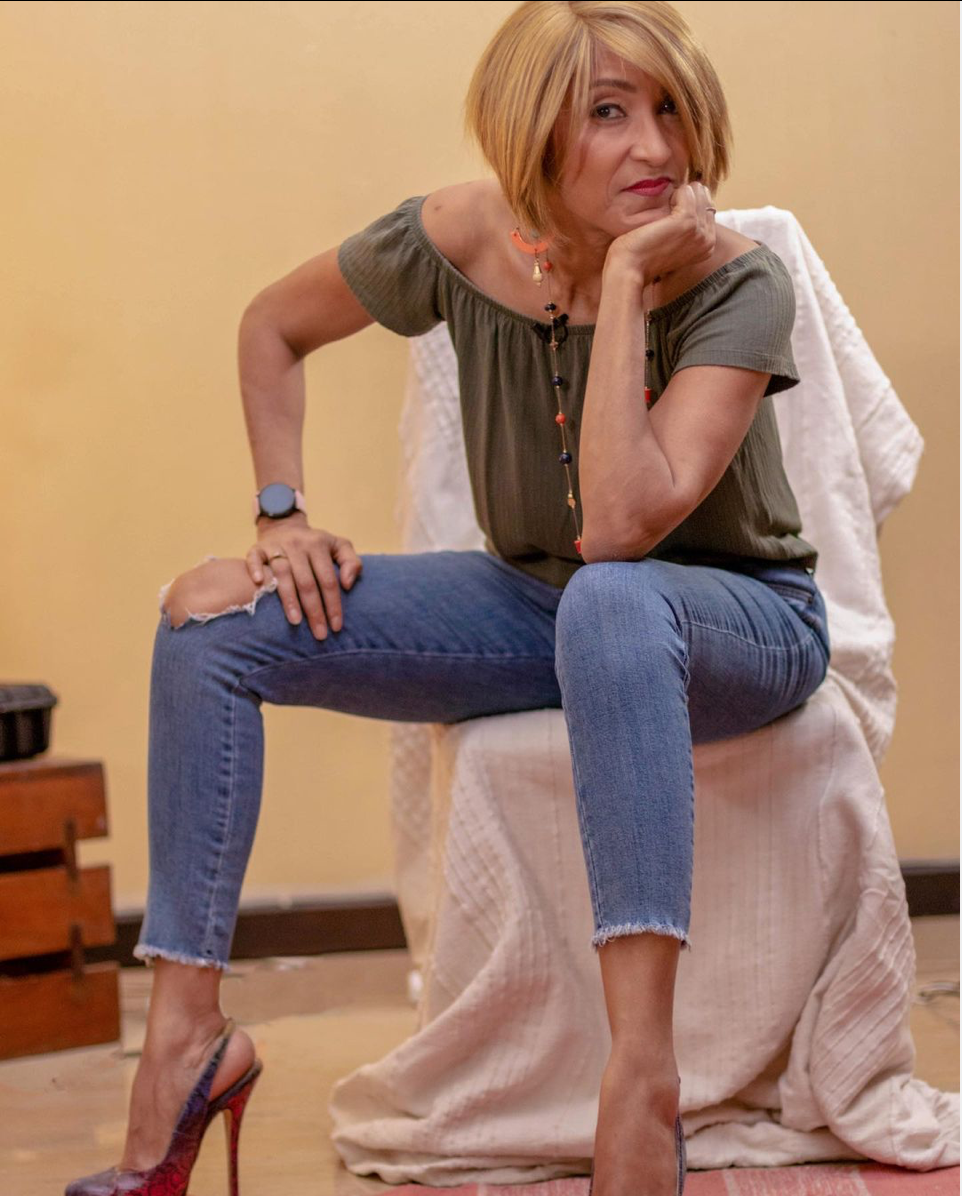 “I was diagnosed with breast cancer in 2014 and had a double mastectomy. I was already very breast aware as my mother had had breast cancer many years before me. I was used to regular mammograms and breast ultrasounds. Thanks to this cancer awareness and swift action, it was detected early and I am now cancer-free.”

Contrary to many people’s belief, cancer is not a death sentence. Although she was scared, Solumkolia knew better than to give in to fear and let her be weighed down by the thought of death. So when she started her treatment, which lasted for 7 months, she went online to look for people who had gone through the journey and how they handled it. 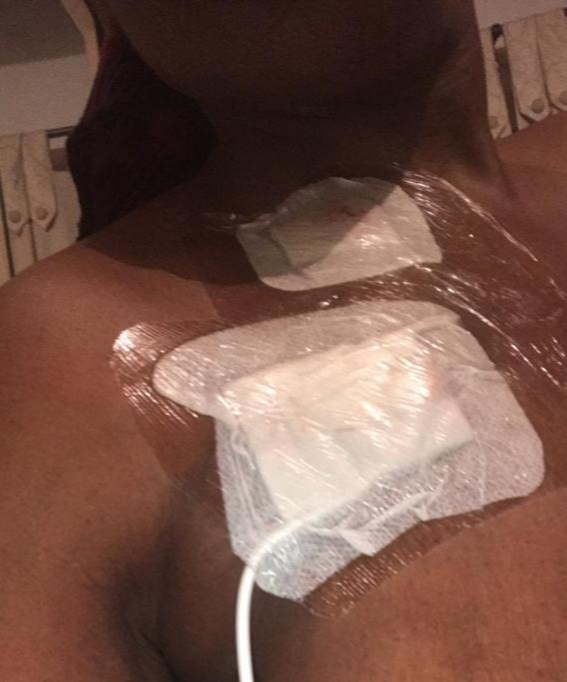 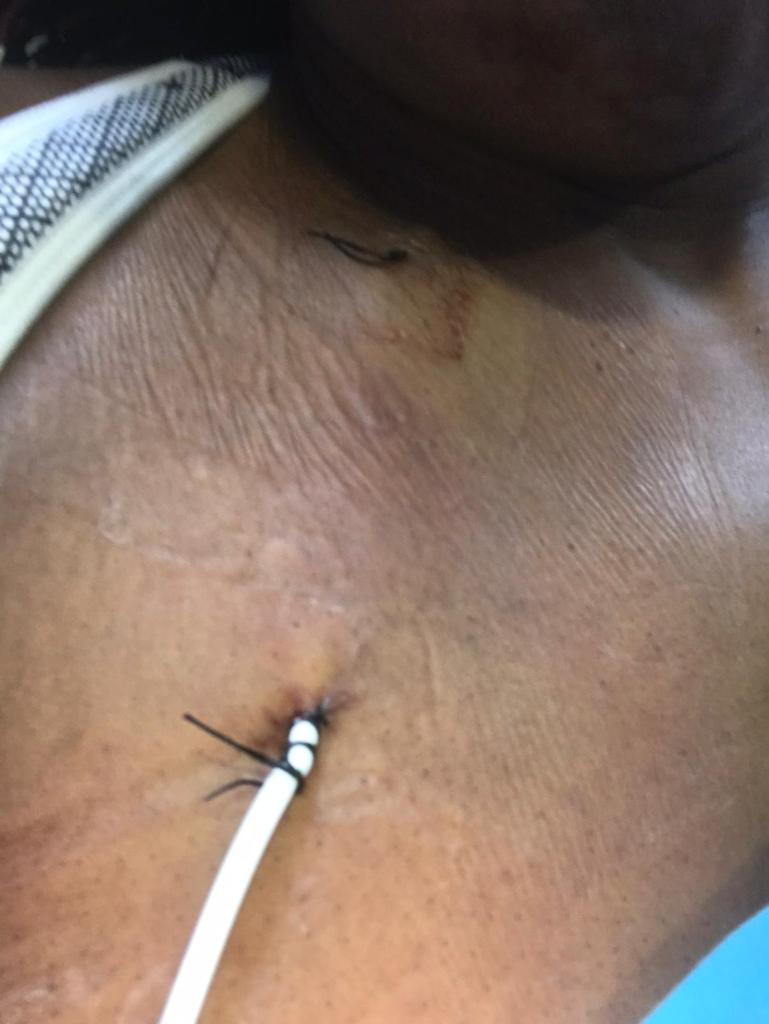 It is the same for Abigail, “I decided to redo a mammogram I had done 2 weeks earlier in Nigeria. I was discovered to have early cancer and had surgery 5 days later. The doctors and nurses were amazing and I was carried along every step of the treatment.”

There’s a pattern to this: early detection saves lives.

But in talking about breast cancer survivors, we have to factor in the healthcare system of a nation and how it has a huge impact on the survival of patients. Solumkolia and Abigail had their treatments in the UK, and Solumkolia describes the quality of her treatment as “top-notch.” Many cancer patients in Nigeria may not be able to say the same.

When it comes to cancer care, patients face a lot of problems that make this care out of their reach.

“They are so many, but the first and largest constraint is finance, the second is lack of infrastructure and personnel and the others include stigma, shame, and fear brought about by cultural, religious, and traditional beliefs,” Abigail says.

Solumkolia agrees with her when she says:

“Cancer is a very expensive disease and many Nigerians cannot afford the treatment. A CT Scan costs about 86,000 Naira, a shot of chemotherapy is between 120-180 thousand Naira and a person can take up to ten shots depending on the stage of cancer. How can an average Nigerian afford that? There is no way a person will be healed if he/she is being treated while thinking of all the debt.” 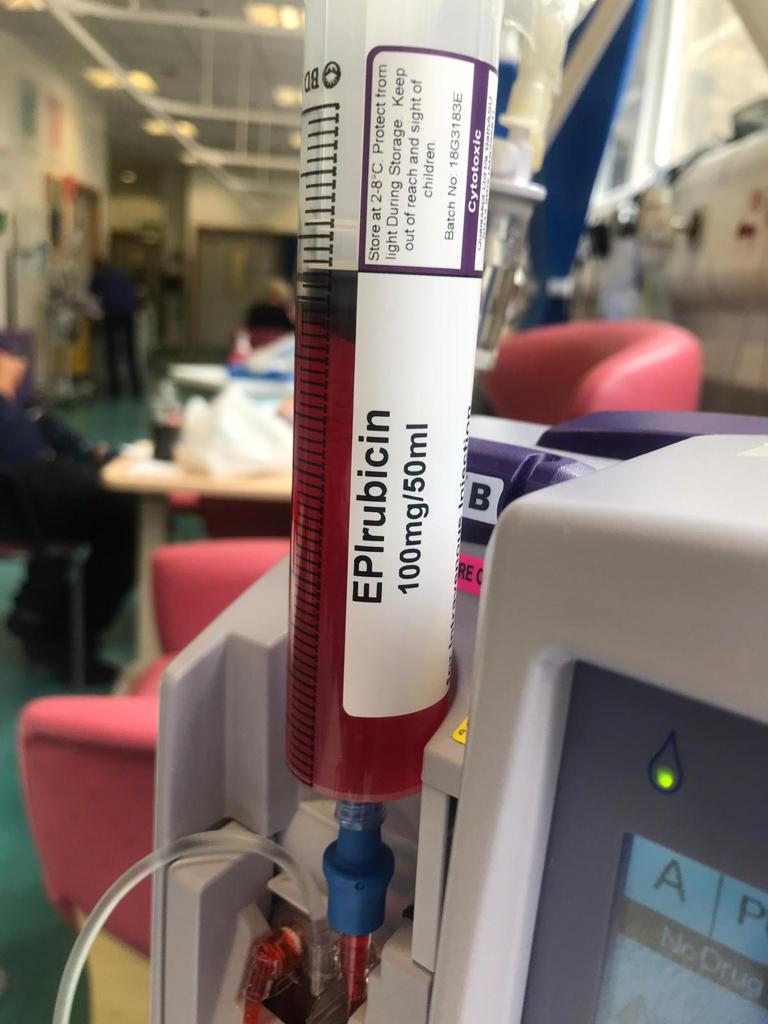 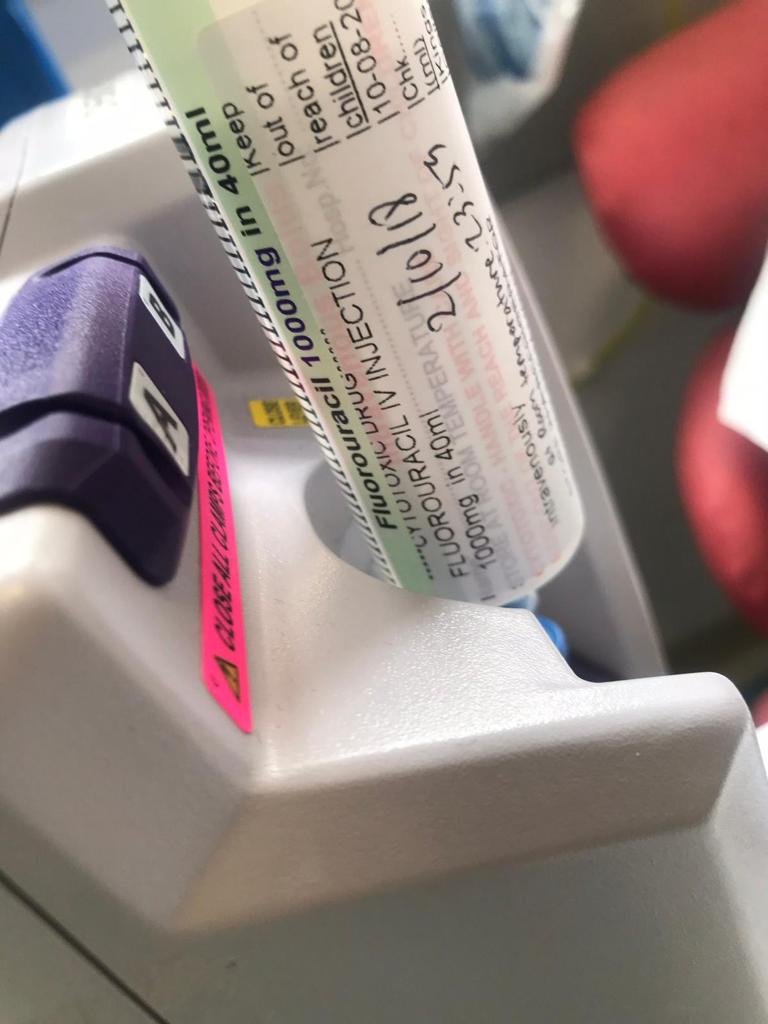 It doesn’t end there, some hospitals take advantage of cancer patients.

Thankfully, these women are rising up to bridge the gap between the insufficient cancer treatment in Nigeria and the number of cancer patients.

Although Abigail has been helping cancer patients since 2015, she set up The Bricon Foundation in 2016.

“People reach out to us for different reasons. Not everyone needs funding. Some people need counselling, advice, or information. For funding, everything is linked to the availability of funds at the time. However, before any financial help can be rendered, we usually request patient gets a letter from a government hospital confirming a diagnosis and giving a breakdown of estimated treatment costs.  This enables both us and the patient to prioritize what funds are needed first and the financial help we can offer. When we can’t help financially due to lack of funds, we usually give ideas on where and how to raise funds.”

It is the same for Solumkolia who set up the KISS (Keep It Sleek and Survive) initiative to help cancer patients. Solumkolia partners with cancer care NGOs to provide financial aid to those who cannot afford the treatment.

“I tell people to reach out to me through a foundation because of accountability. When you’re sourcing for funds, you have to be accountable. So I ask them: have you seen a specialist? Have they certified it’s cancer? What stage are you and what cancer treatment options have you been given?”

Then Solumkolia follows up their case with prayers, asks people for donations without revealing patients’ sensitive information. She also has a GoFundMe page where she solicits funds and a record of people she has helped so far. Solumkolia also wrote the book, Scarred but not Scared, which tells the story of her journey and encourages people who are going through treatment. 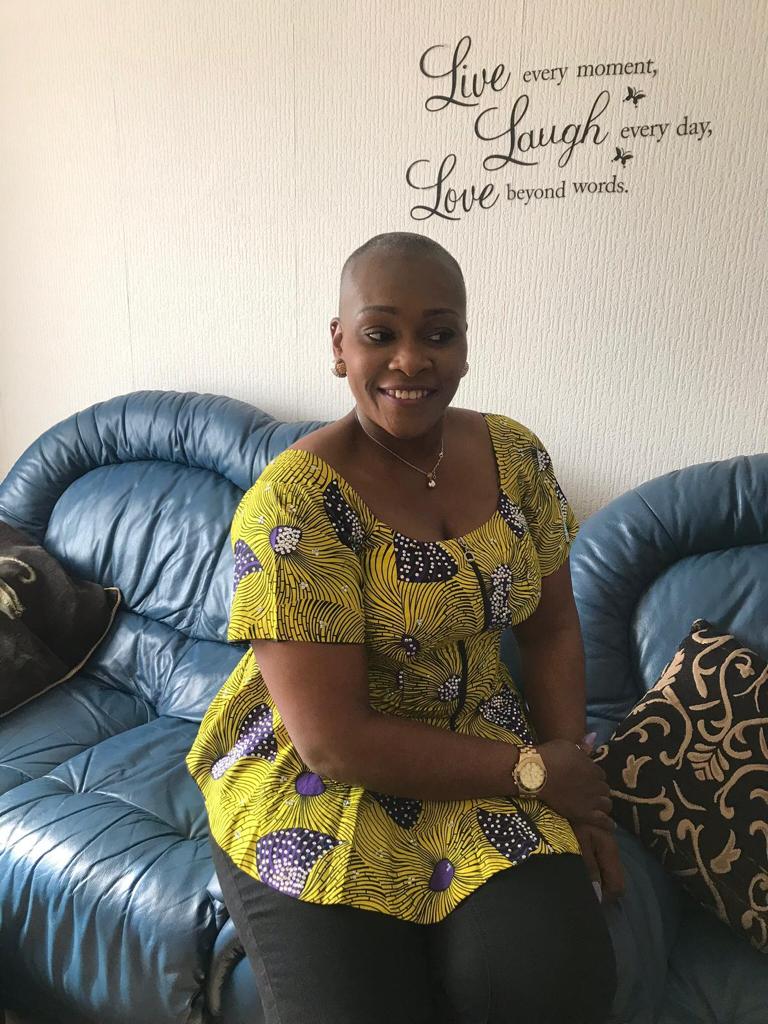 Athough people are springing up to help cancer patients, the role government plays in ensuring the survival of cancer patients is still the most important. An estimated 72% of breast cancer patients in Nigeria pay out-of-pocket for their treatment, in comparison with at least 45% in Ghana, and just 8% in Kenya, where most of the costs are covered by the country’s health insurance scheme. Truth be told, no amount of personal donation to cancer care will fix the massive gap.

Abigail agrees with this:

“As a country, we need to have more hospital infrastructure and trained personnel and some sort of social welfare system with a robust health insurance scheme that pays for treatment. We also need to involve religious and traditional rulers in cancer awareness and developing cancer policies as these two factors seriously affect people going for treatment. As individuals, it’s about living a healthy lifestyle and going for cancer screening as and when due.”

Lack of finances and a poor healthcare system is not the only problem plaguing cancer patients in Nigeria; a poor support system is one of the problems cancer patients face. Unwilling to take care of patients, some family members kick them out. Some claim patients are paying for their past sins or are being attacked by evil spirits. To curb this, Solumkolia plans to set up an NGO that will go into some rural areas to sensitize women on how to check their breasts and enlighten family members on how to take care of cancer patients.

Abigail also started A Shade of Pink Africa, a new online series she launched on social media where she shares her story to encourage and empower African women who have cancer. That way, they are not left alone during their cancer journey. “The best part of both the online series and running the foundation is knowing that we save lives, help families and bring hope. It’s so rewarding,” she says. 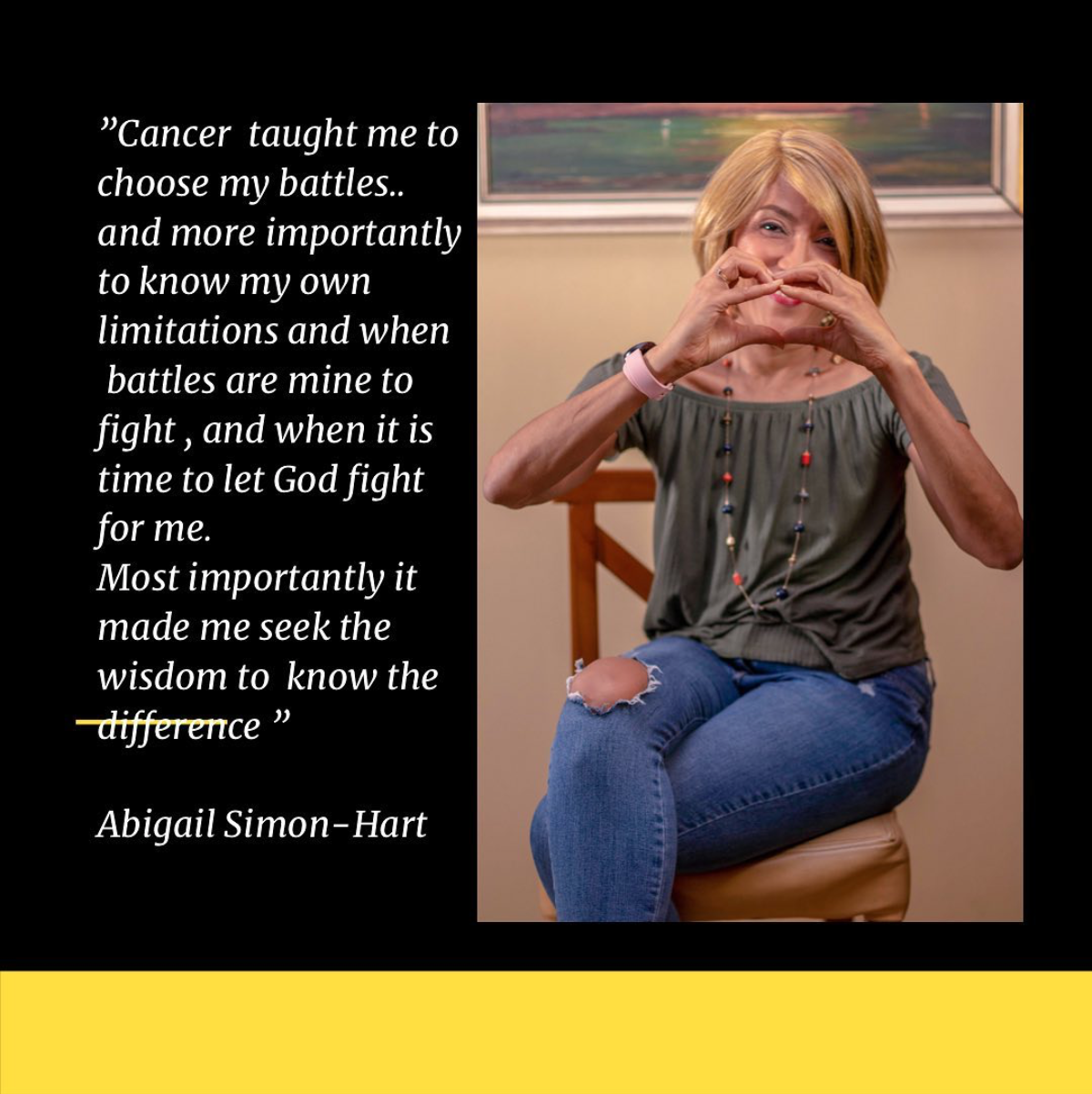 What then do you say to cancer patients? “Give them a hug or say ‘I know you’re going through pain, is there anything I can do to help’?”

Solumkolia and Abigail’s cancer story is proof that being diagnosed with cancer does not mean your life is over. You can and will survive it.

As a matter of fact, your life is just starting anew – in a good way. “It’s not a death sentence,” Solumkolia insists, “Since I survived cancer, my social life has increased. I live well and enjoy life to the maximum. I exercise more and ensure my diet is good.”

Abigail’s advice is golden, “I’ve simplified my life. I don’t take life for granted and I don’t keep grudges. Cancer had taught me that life is short. Focus on living a day at a time. I’ve learned to understand my limits as a human being. Just do my very best and leave God to do the rest.”

If you are a cancer patient, here’s one thing you can do: have and keep a positive mindset, you’ll scale through. Solumkolia says, “It’s a small sea, God is a bigger sea.”

And that’s on periodt!

You can donate to A Shade of Pink Africa by reaching out to them at [email protected]ng or by visiting their website www.thebriconfoundation.org.ng

To donate to Solumkolia’s KISS initiative, visit her donation page: JustGiving. You can also get her book Scarred but not Scared here and here.

Chisom Winifred: Dear Creative, it’s Okay to Give Yourself Time to Figure Things Out

Ibukun Ajayi: Does the Idea of a Bigger Picture Weigh you Down?