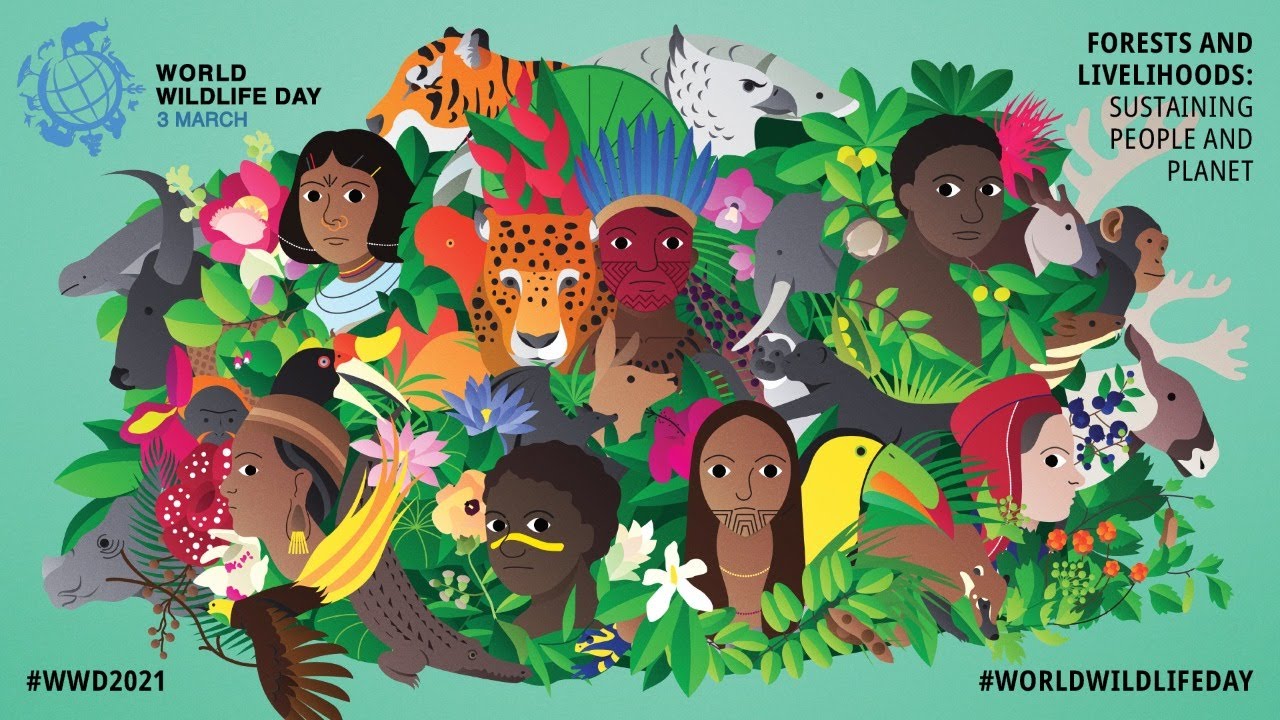 March 3rd is celebrated every year to fight against wildlife crime and raise awareness of the world’s endangered wild animals and plants. This year, the theme is Forests and Livelihoods: Sustaining People and Planet.

Studies by World Wildlife Fund show that illegal trade of wildlife is probably the 3rd or 4th most illicit lucrative business as it brings in about $19 billion per year, especially specific parts of animals such as elephant ivory, rhino horns, tiger products, fisheries, and timber.

Unlike what many people think, wildlife affects every one of us. The endangerment of wildlife has negative effects on the economy, society, and the environment. As we celebrate World Wildlife Day today, let us quickly shed some light on the role wildlife plays in our environment.

Wildlife refers to all living things (except human beings) that are undomesticated and untamed and live in a natural environment. Wildlife crime involves stealing, killing, or illegally selling and buying animal body parts, especially animals that are protected by government laws. David Higgins from INTERPOL defined wildlife crime as “organized criminal networks that are engaged in a range of criminal activities. They are responsible for the corruption of officials, fraud, money laundering and violence, causing social unrest and undermining the rule of law and confidence in government institutions.”

March 3rd was declared UN World Wildlife Day on the 20th of December, 2013 during the 68th Session of the United Nations General Assembly (UNGA)  to celebrate and raise awareness of the world’s wild animals and plants. This year’s theme is centered around the UN SDGs (Sustainable Development Goals) 1, 12, 13 and 15. With millions of people living within or around forest areas, it is important we preserve the ecosystem and one of the ways is by ensuring wildlife is protected at all cost.

For me, the movie, Mia and the White Lion, was a rude awakening to the dangers faced by wildlife. In the movie, lions were sold to be shot by trophy hunters and Mia did everything she could to save Charlie, her favourite lion. Just like Mia, there are some indigenous people that share a connection with some of this wildlife, we must respect their values and beliefs especially because these indigenous people make up a significant percentage of the people currently on earth.

We all need to pull our weight to ensure that our wildlife is protected.

What Can We All Do?