Some hundred days after Nigerian soldiers massacred defenseless youths for protesting against hotheaded SARS officers who are notorious for abducting, maiming, raping, and killing at will, Ponchang Kumven, the curator of JosArtGalleryOn gives the people of Jos a space to cast ponderous glances into the haunting memory of last year’s #EndSARS campaign with Beautiful Chaos.

In the face of the many untruths trafficked by the Nigerian government about the Lekki toll gate massacre, and its other criminal perpetrations on peaceful #EndSARS protesters, the exhibition grants each beholder a sense of re-witnessing, a portal to actively recollect events in an almost cinematic way― just as they happened, just as they should be thought of. It also grants the beholder an inviolable means to remember and to retain truth until justice is served.

Rightly called Beautiful Chaos, the exhibition succeeds in registering the astounding nature of the Nigerian spirit by showing how high it soared during the #EndSARS protests, leading to the organizing of millions of young Nigerians― many of whom had mentally seceded before then ― for the first time in eons, and then leading to the creation of ingenious revolutionary songs – think of Dremo’s Thieves in Uniform, Kida Kudz’s In My Country, Candy Bleakz’s Soro Soke, and Rewords’ Oga Olopa  ― and other incredible art forms which gave lifeblood to the protest and highlighted the colossal failure and heinousness of the Nigerian government.

Ladders of pictures at Beautiful Chaos

In one of the skyward halls of a half-finished complex, and in an ambience set with art and angst, Ponchang distinguishes himself from an invited audience in his custom red blazers, stonewashed jeans and mud-brown shoes. Veiling his roving eyes are tinted glasses. 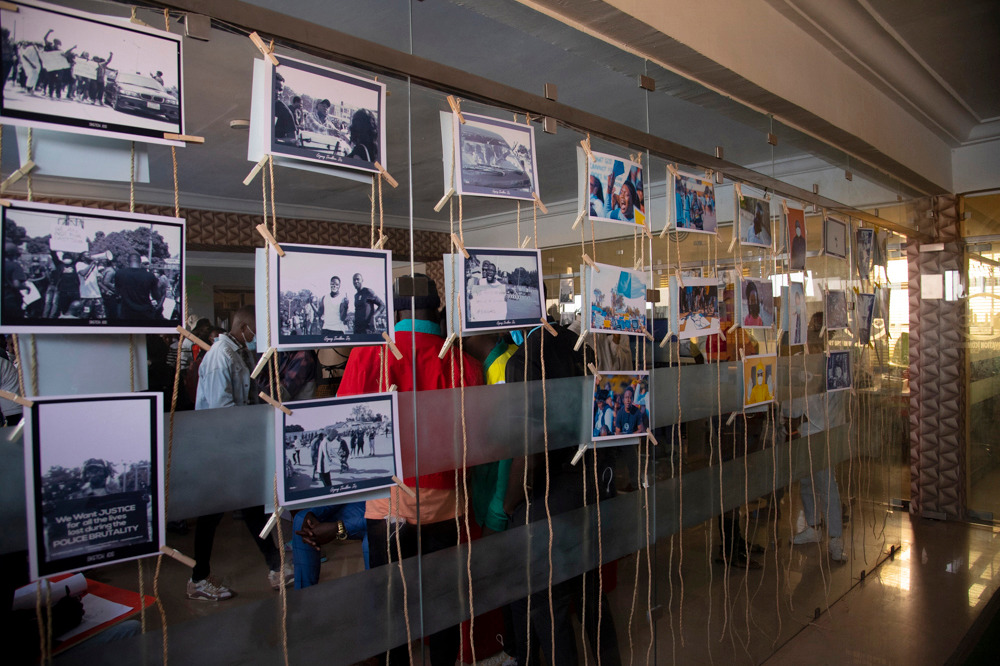 Connected by national affliction, the guests pad from one segment of the hall to another, hearing each artwork tell truths. Some of the visitors cluster up, yarning about the COVID-19 world tour, Nigeria’s political disabilities, and the odious strike action by university lecturers in the country― a river which stretched itself into 9-months before drying up. These situations, too, bear their marks on surrounding artworks.

The effusion from the works clamps the mind, dousing it with deep feelings especially because barely five minutes’ walk from this spot leads to Old Airport Junction where government security agents beat up and opened fire on Jos #EndSARS protesters, many of whom are here re-witnessing.

The artworks carry within themselves an avalanche of contemplative posturing. Some are friends, holding the hands of guests, transporting them to where they first exchanged hellos with one another ― the protest ground. Others, like Rike Christian‘s terra cotta clay piece, are spirit boosters, saying “We die here. Hold tightly.”

Some are open doors, effulgent in the dark, potent and charged with shouting memories for those scarred into jamais vu. Yet some are agitators, like Kenri Tony’s pen offerings, jabbing at the chest of the ruling class. 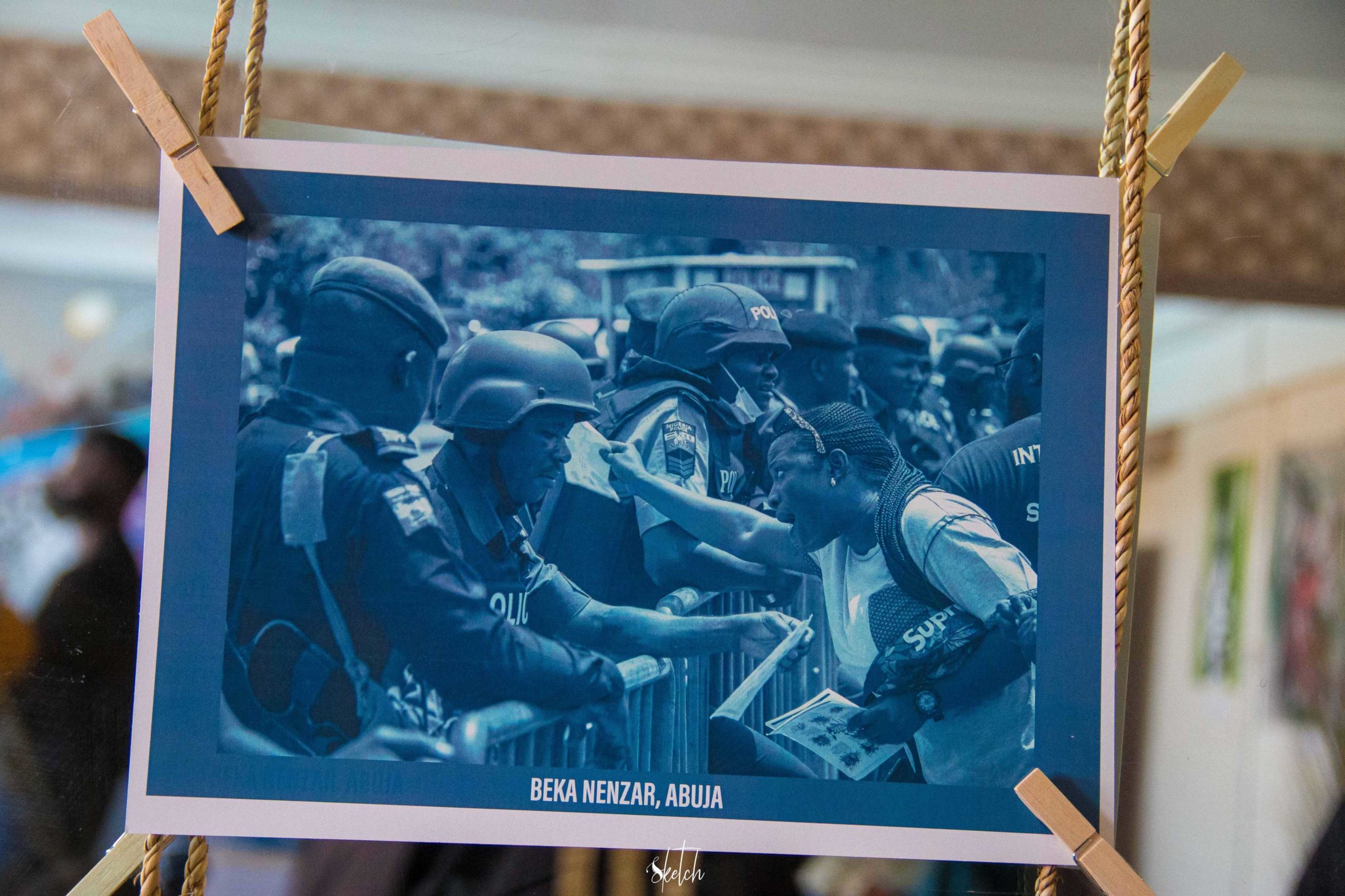 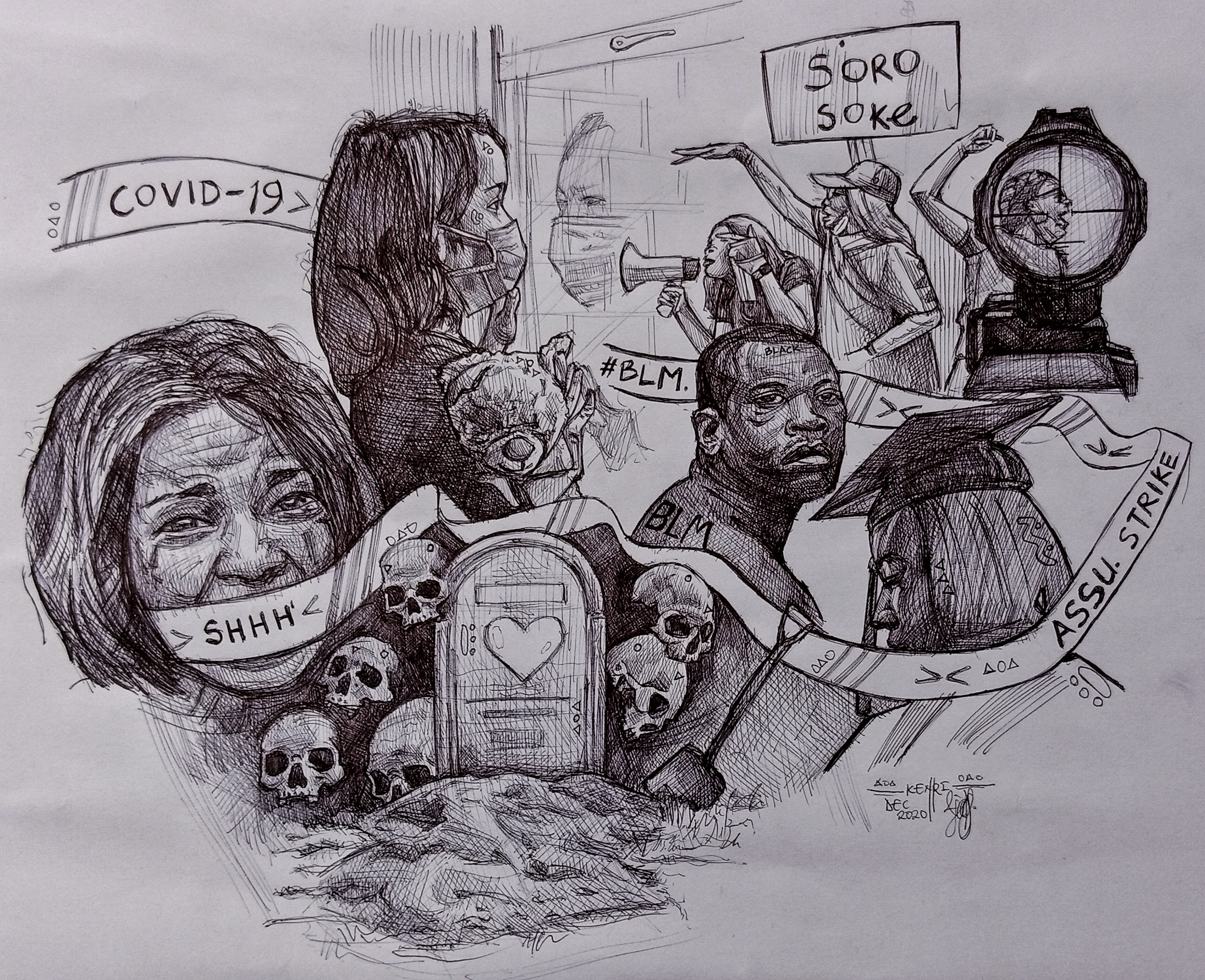 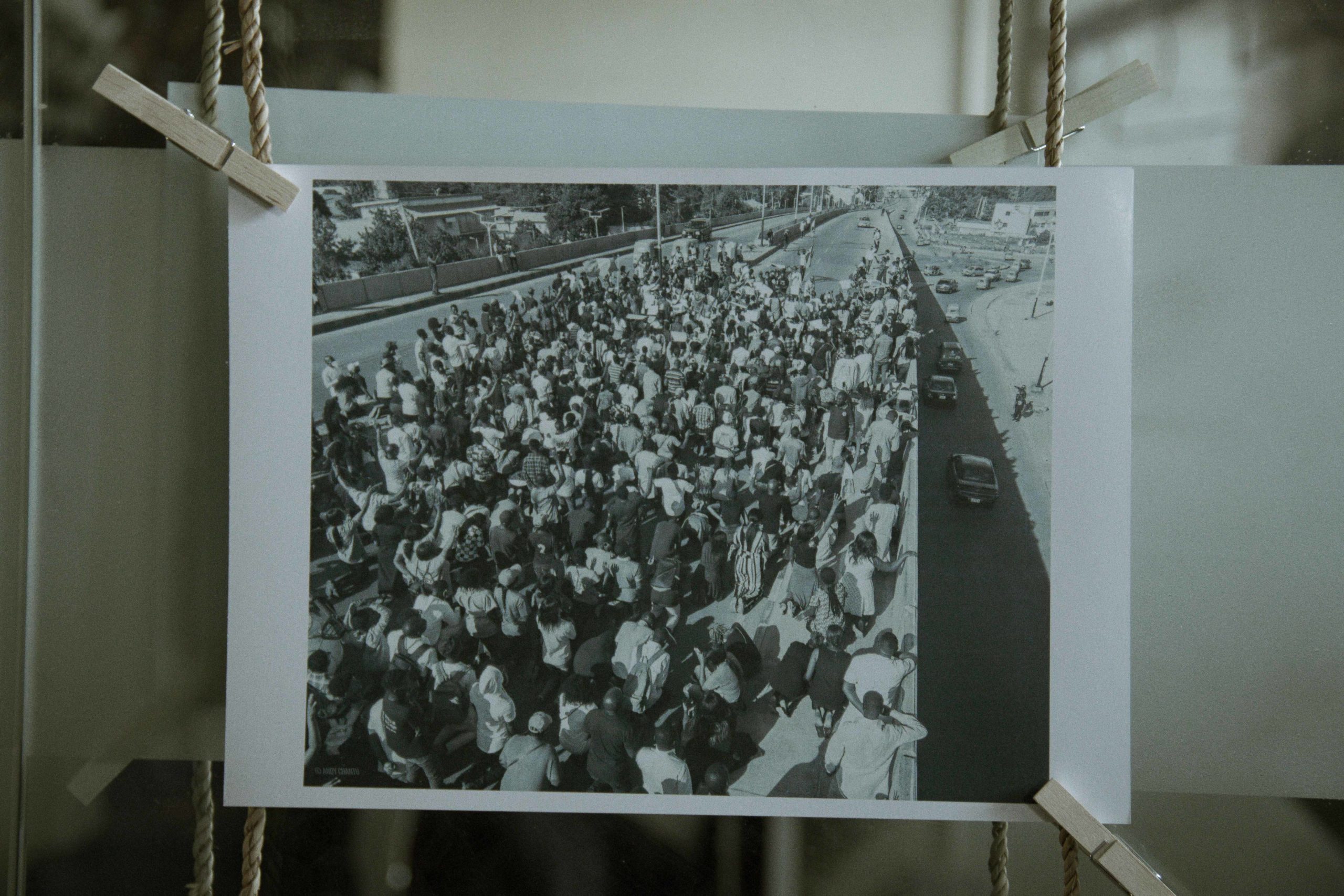 A police officer shooting at peaceful protesters from the window of a truck – Old Airport Junction, Jos. 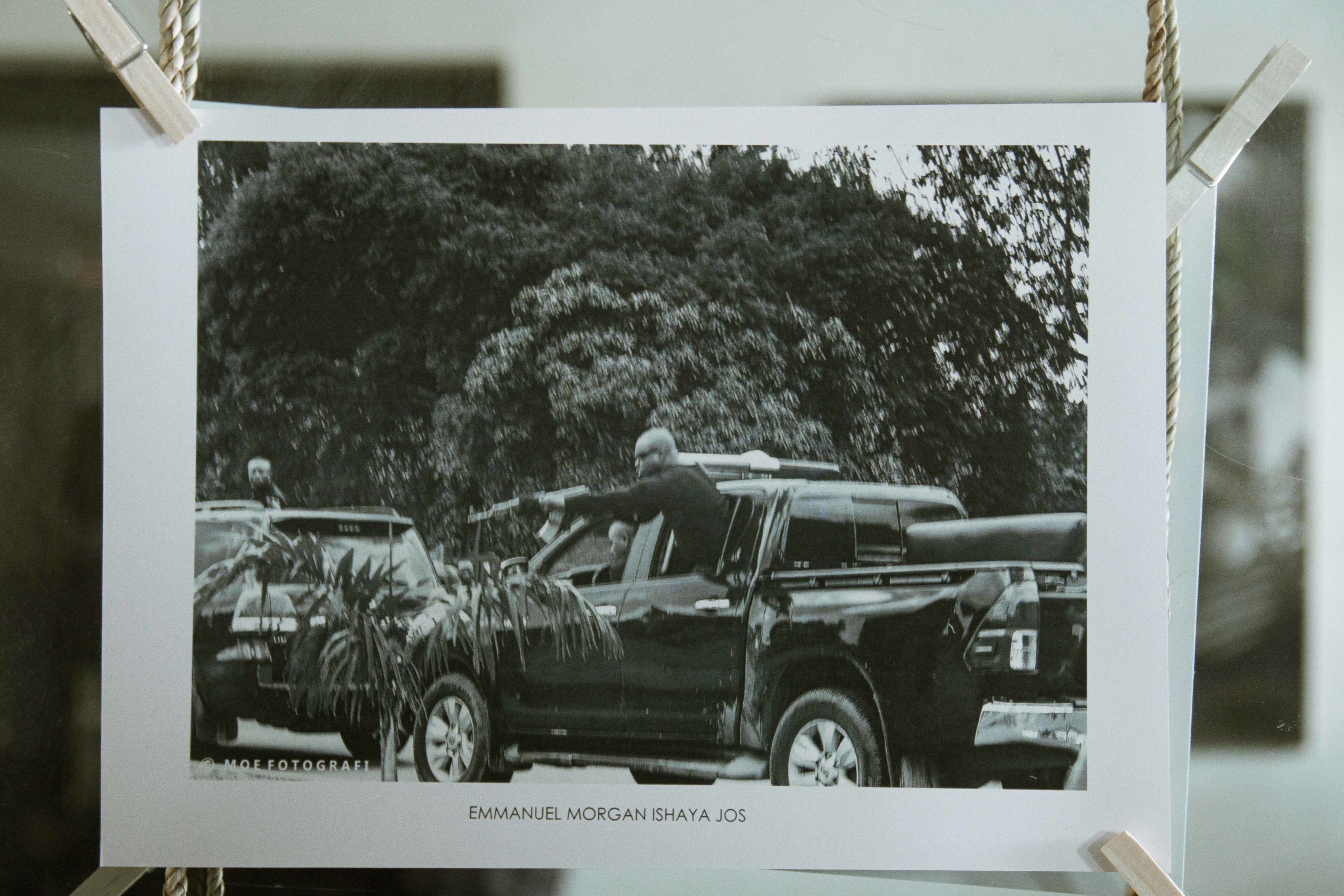 Flamed with anger, an unarmed protester shows a spent bullet fashioned against him by government forces in Jos 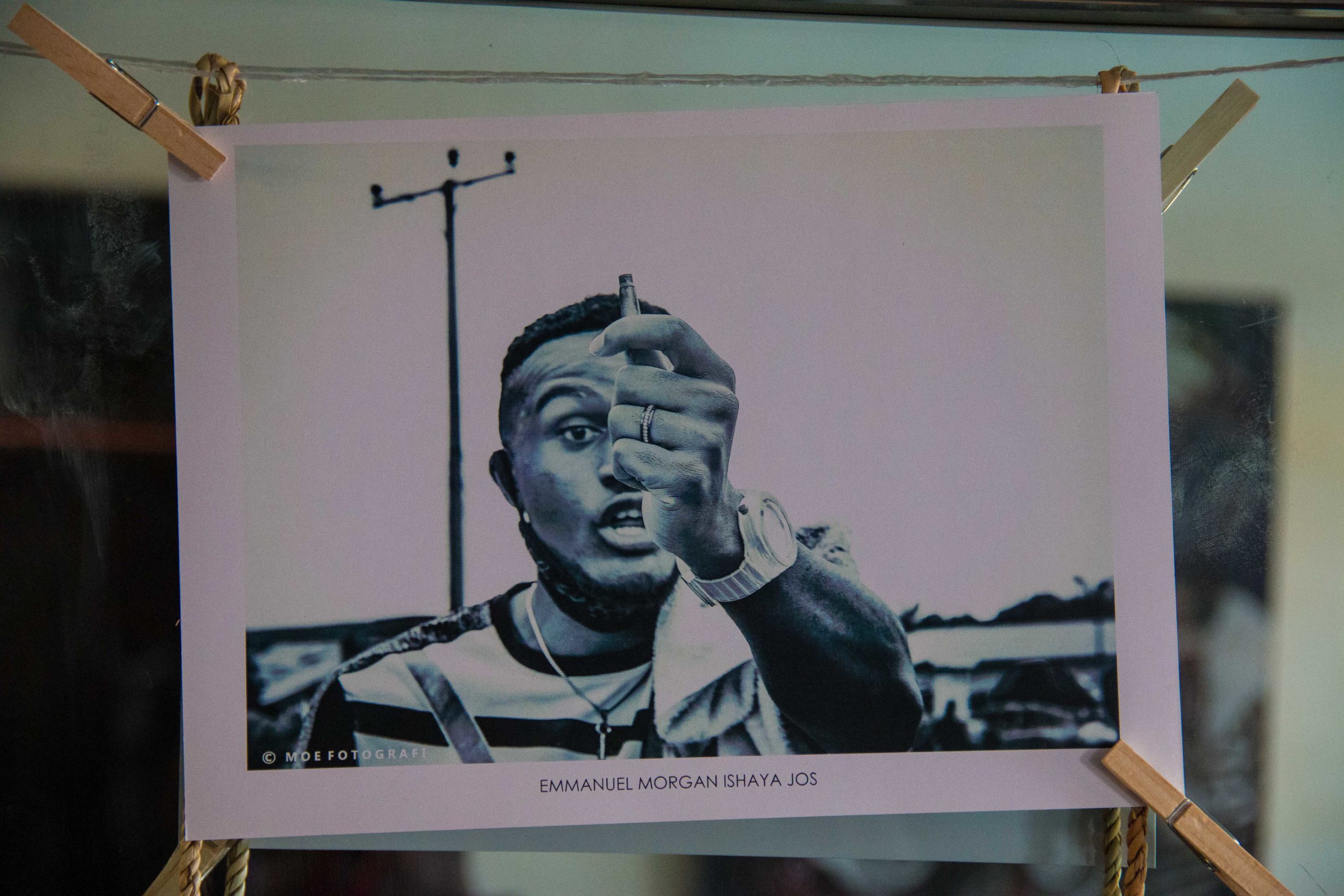 “No Guns in My Dreadlocks” – Jos 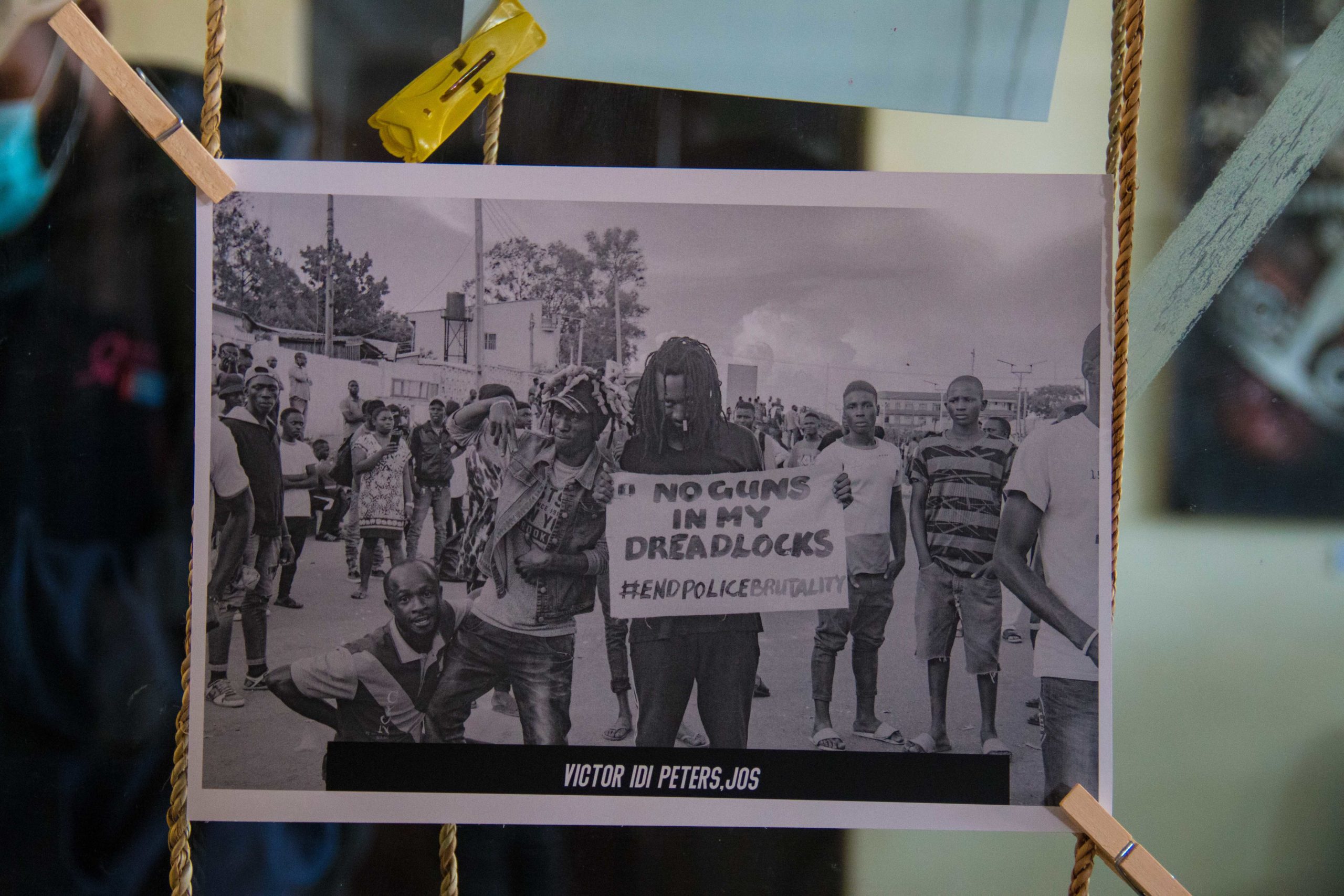 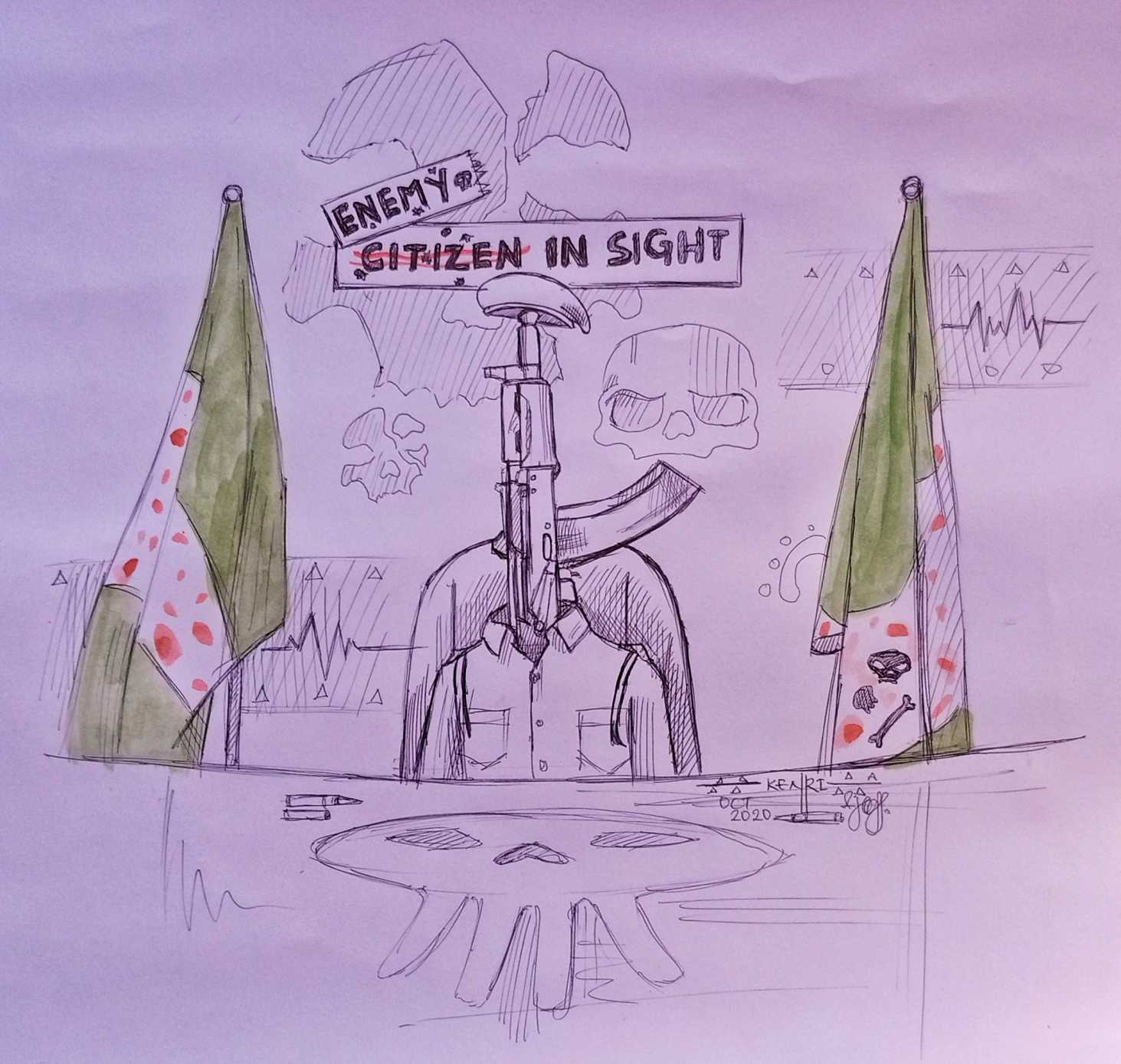 The incumbent president ― depicted as one with defunct eyes, ears and nose 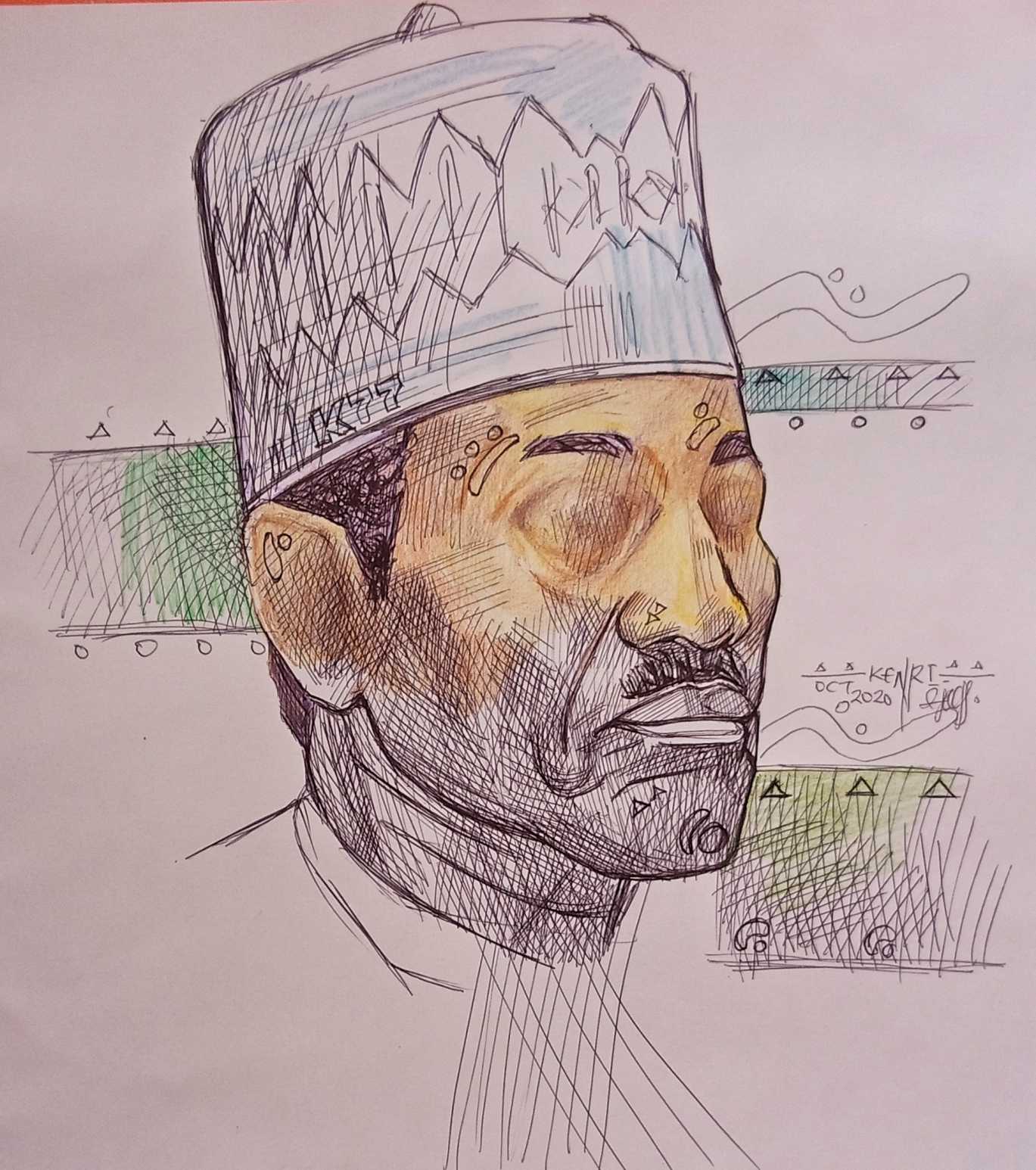 End what? End SARS! When should they end SARS? Now! 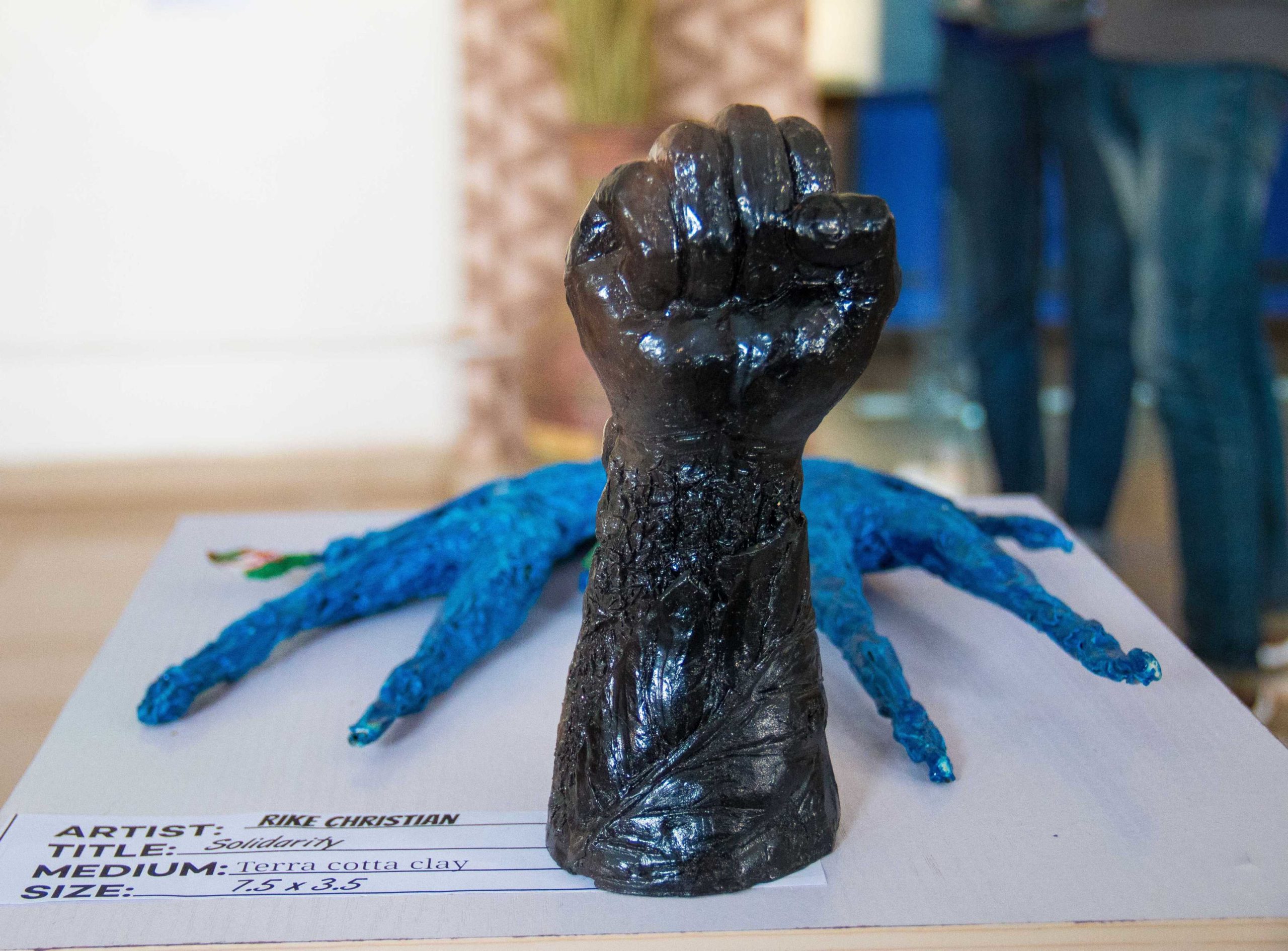 Abandoned – evocative of protesters who forsook their homes for open grounds 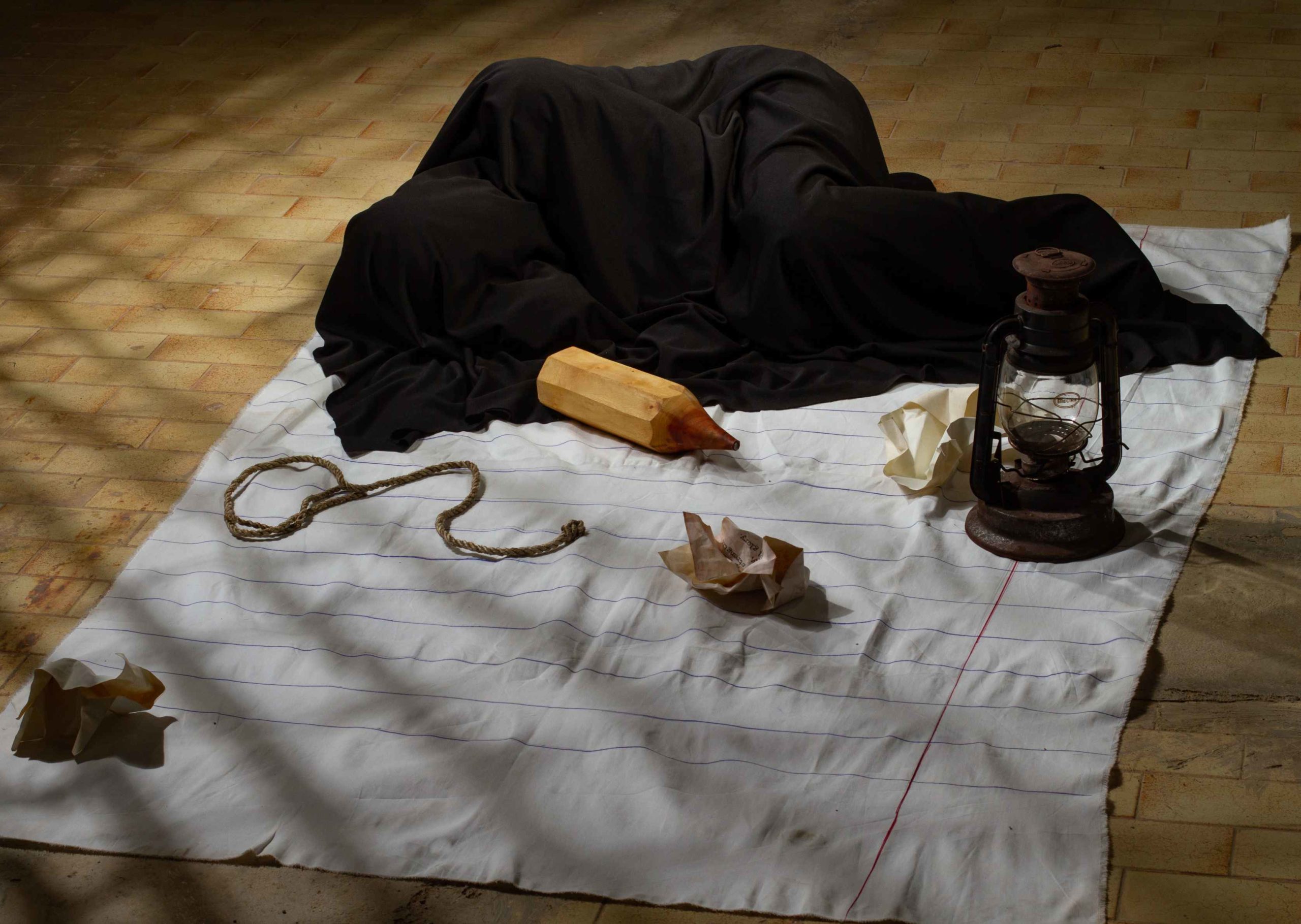 The viewing distance in Judith Daduut’s Abandoned, which embodies the suffering borne out of nationalist fervor, and Plangji Challa’s Stolen Dreams feels like the gliding of a razorblade on the skin.

Stolen Dreams: A woman ― could be any disillusioned Nigerian out there ― consumed to nakedness by Nigeria 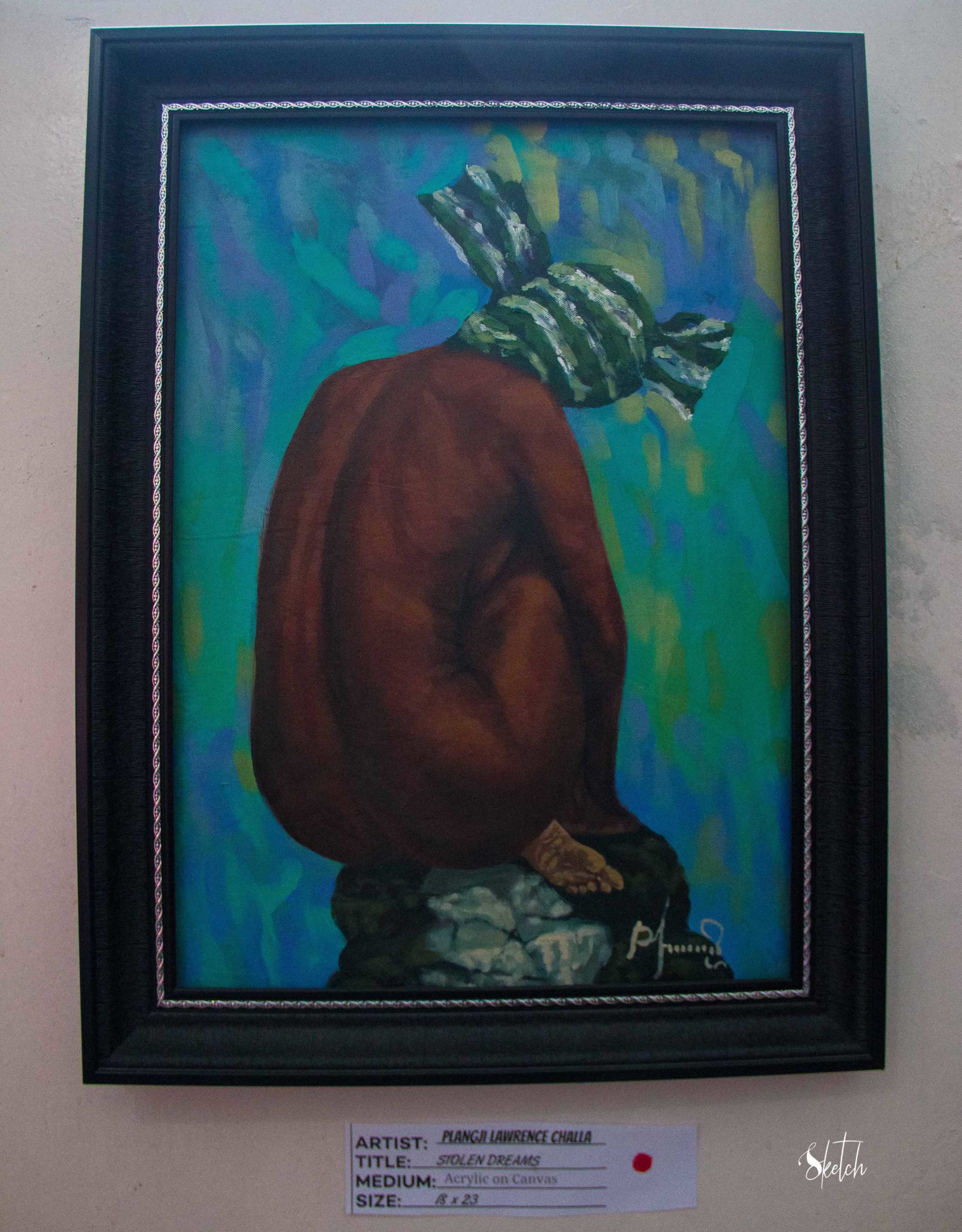 On the whole, the artworks have this diaphanous quality; you could eyeball them and see the sorry state of Nigeria’s wounded democracy. To simulate the design of Langston Hughes’ A Dream Deferred poem, what happens to a haunting memory? Will it fragment into forgetfulness or get repressed? Or will it forever haunt, especially with retelling and re-witnessing, and possibly provoke justice and social change?

Dennis Isong: 7 Things you Need to Check Before you Purchase Properties from Real Estate Companies

Titi Oliyide: How to Get Your Kids Interested in STEM