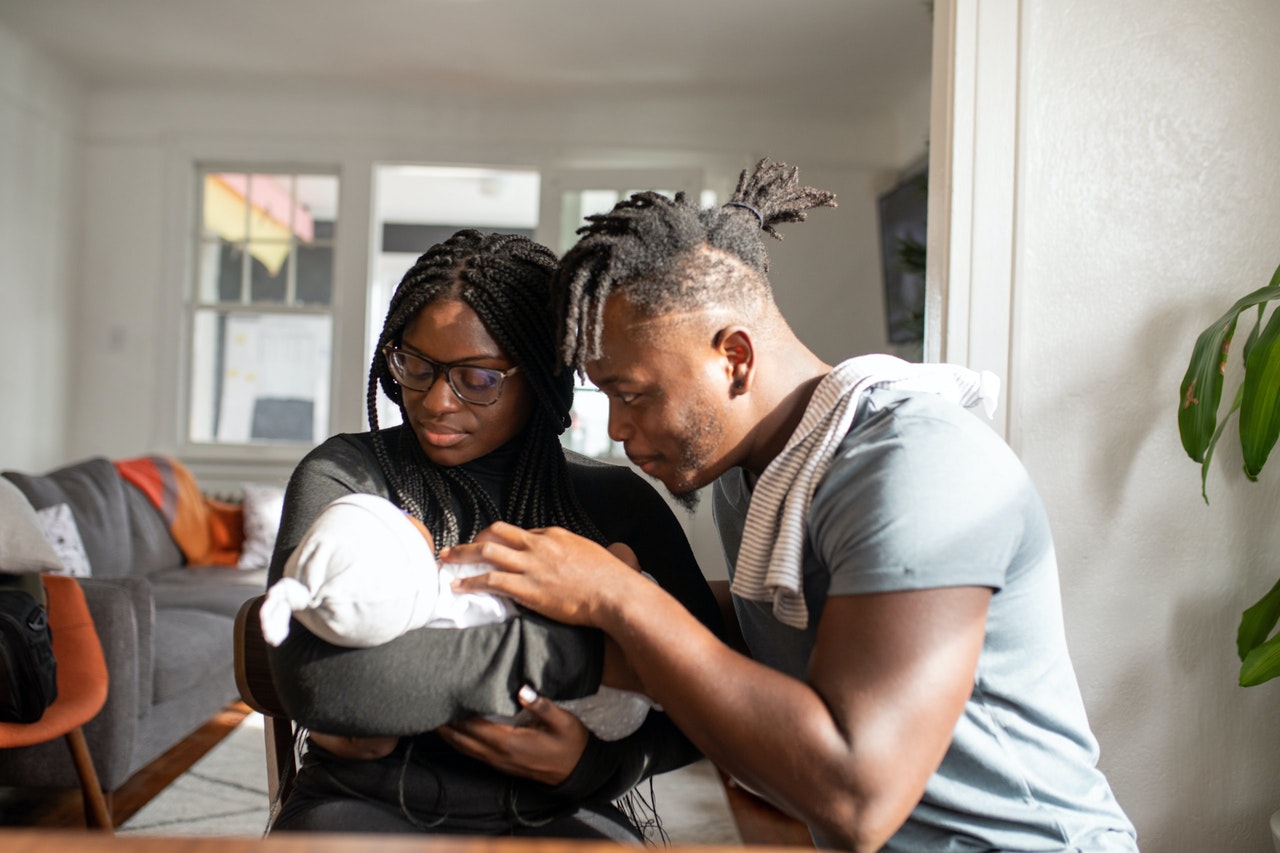 Everyone gossips about Ifeoma despite her being one of the nicest human beings one can meet. Her salon thrives and people troop there to make their hair. But rumour has it that she is pregnant again. A nasty neighbour of hers once nicknamed her “the woman whose tummy never goes down.” One time, as she was making my hair, I heard her talk about the pain of childbirth, and how it has not always been easy for her, especially her last birth experience. At some point in time, her voice went melancholic. But that is in the past, now she is pregnant – again.

I see pausing to rest frequently as she makes the hair; she is definitely not having it easy with her pregnancy. So why get pregnant again? Although she belongs to a group of people who do not believe in contraceptives, the reason for her continuous pregnancy is not farfetched – her husband wants a male child. Without a male child, he is not only perceived as weak by his kinsmen, but also looked down upon. The craze to prove to them that he is strong and that he is a ‘man’ is his driving force and the reason for his wife’s yearly pregnancy.

Ifeoma’s first born is fifteen. Her last born is a year old. Altogether, she has eight children, and still counting. She’s been in the act of birthing children for the past 16 years. The last five came in quick successions. The rush could have been due to the fear of menopause setting in, thus, Ifeoma was always having her belly, nose and legs enlarged every year due to pregnancy.

I was making my hair when her husband walked in. It was late in the evening and he had come to carry her home. I looked at him and wished I could tell him a side to the male child he seriously sought. What if I told him that male children were desired so much back then because the society was basically agrarian? What if I told him that parents in those days desired male children so they could have physically strong people working on their farms? They also married many women so they could have male children working on their farms. Female children were not preferred because they do not possess men’s physical strength, and the fact that they were married off very early counted – to a large extent – as a loss.

I also wished to tell him that only him can make and preserve his legacy, no one else. If he does well by himself, the world would remember him for who he was while on earth. Besides, is he not somebody’s son too? What legacy has he given his parents asides keeping the compound family name? What if the son he seeks so badly grows up and changes his family name? Is the legacy he seeks not gone? Such a fickle kind of legacy.

I wished to tell him about Shakespeare, and Charles Dickens who died many centuries ago but we still remember them not because their children kept their names alive, but because they did something worthwhile with their lives while on earth. Shakespeare in particular had no surviving offspring or family member but today, we know about him and through his works, he lives on. A look at the biblical Paul, he had no offspring but he is remembered and revered to date. Abraham is not remembered based on Isaac’s account, but on his own account. Same with Jacob, Isaac’s offspring. If at all, the lineage is proud to have Abraham, and despite the descendants’ own hardwork, his name remains a plus to them. People alive even boast about being Abraham’s descendant based on the blessing attached to his name.

What if he became the son he was looking for? Nelson Mandela needed no male child to keep his name, he made the name already and his offspring, male and female are beneficiaries of the great name he left behind. Same with Martin Luther King Jr, and even Abraham Lincoln. The world never forgets greatness no matter the form, shape or gender it comes in. It’s one reason we remember the likes of Marie Curie, Mother Theresa, Taytu Betul, Miriam Makeba, just to mention a few.

One question I would have loved to ask him was – how many great men’s kids does he remember? If at all he remembers one, it would be because the child (male or female) is putting in the effort required to have a great name, and not necessarily because greatness was handed over to him. Greatness, especially such that would immortalise humans is always earned, not handed down.

Motive is everything. Having the right motive, coupled with the right understanding, is key, else, one would be living on the desires of fore-fathers that are no longer valid due to societal evolution. The desire to birth a particular gender is not bad, but the motive should be right. Most father-son relationships fail because they are trying to force their sons into a path alien to the son. They force their sons to live up to the expectations of both them and their forefathers, forgetting that each child that comes into the world already has a path imputed in them.

Do I want to have a male child? Yes. Simply for the privilege of parenting both genders, and the joy of experiencing their differences. Male or female, it’s a joy and a privilege to have one’s home full. It’s a joy to have a little one to adore and guide. It’s a privilege to bring forth a human being into the world, irrespective of gender.

As I thought of the one million and one things I wish I could tell him, our eyes met. If only thoughts could be communicated through looks, I would have passed the message to him. Unfortunately, it can’t, so I just greeted him and looked away.