TJ Benson‘s works precede him. In 2021, his book, The Madhouse, described by Masobe Books as “a spellbinding tale about the clashes between cultures, the impact of fragile political situations on everyday people,” and which had “compelling characters”, was released. When, many weeks ago, TJ announced on Twitter that People Live Here, another book of his, will be released in 2022, people were in awe and they echoed what many have known for a long time: TJ is not your average writer.

Writing, for TJ, was a place for him to express the stuff he was dealing with emotionally and psychologically. About 9 years ago, he started writing The Madhouse. At first, they were random words he scribbled as they popped into his head. But as time went by, words became sentences, sentences became pages, and a book was born. It took him a total of 9 years – seven years of writing, and two years of editing and publishing. 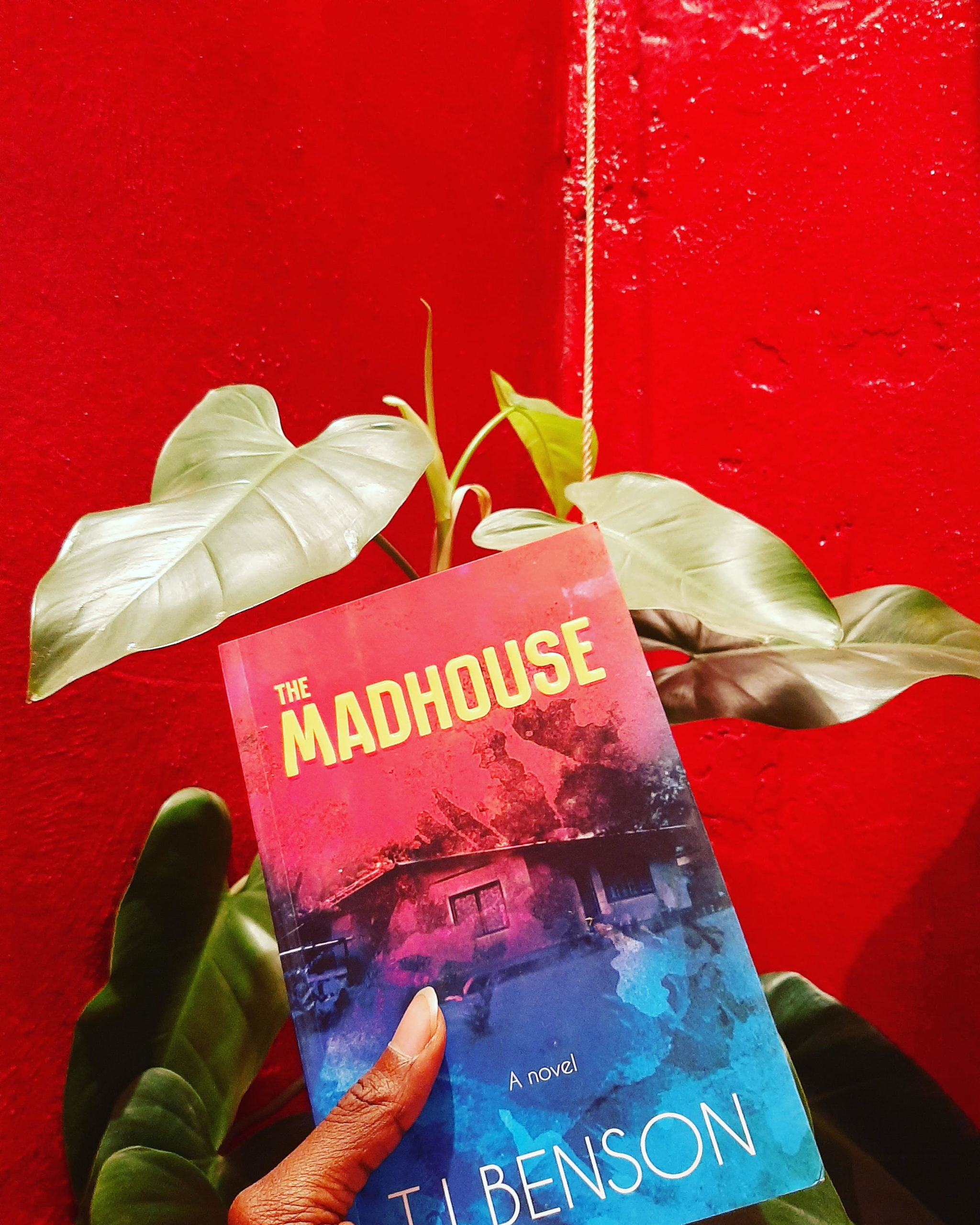 TJ Benson started writing at an early age. That’s not news. But that is one of the reasons he has been able to churn out amazing works in what many would call a short period of time. People Live Here will be out in 2022, but TJ had finished writing the book in 2013 while The Madhouse was still in the works. But there’s another reason why TJ is so productive: living in a better and more conducive environment. 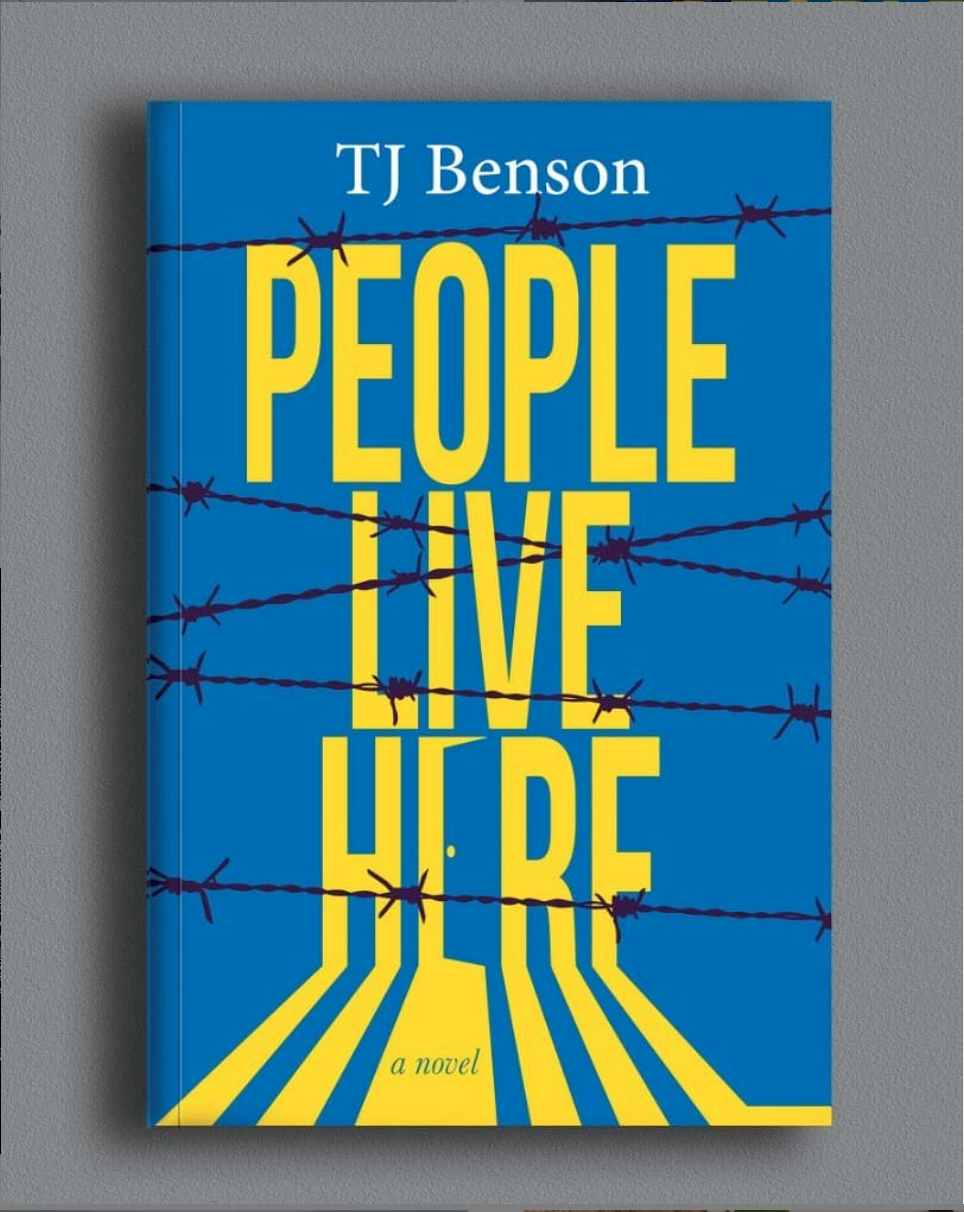 Writers in Nigeria struggle a lot. From terrible power supply to spending several hours in traffic, poor infrastructure – the whole atmosphere has too many sprinkles of wahala. It gets worse for you if you live in places like Lagos and have to jump from one Danfo to another Molue. Then there’s the mental toll of living in a country with economic instability and rampant insecurity. TJ has his own experiences:

Being a creative working in Nigeria is unsustainable. If creatives can’t get up to 24 hours of light, then forget it. No matter what you’re doing, you deserve to be in a place where electricity is 24 hours.

TJ Benson is a man of many talents: he’s a writer, a visual artist, and also a jeweller and being in a more conducive environment helped with that.

I started my jewellery business and visual art when I moved to a place with better electricity.

You’ll agree with this when you see the quality of his artworks and the rings he has made so far. 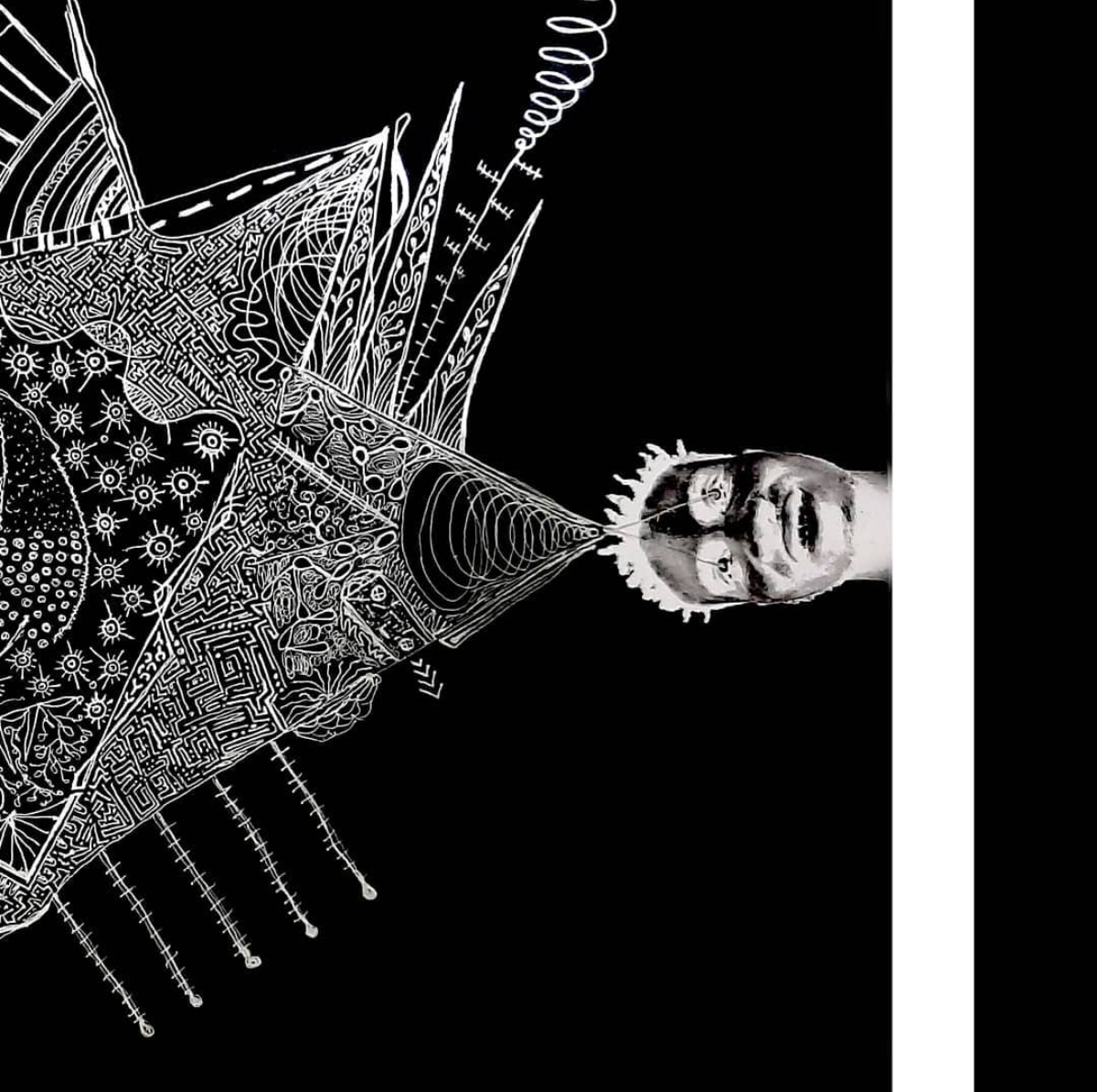 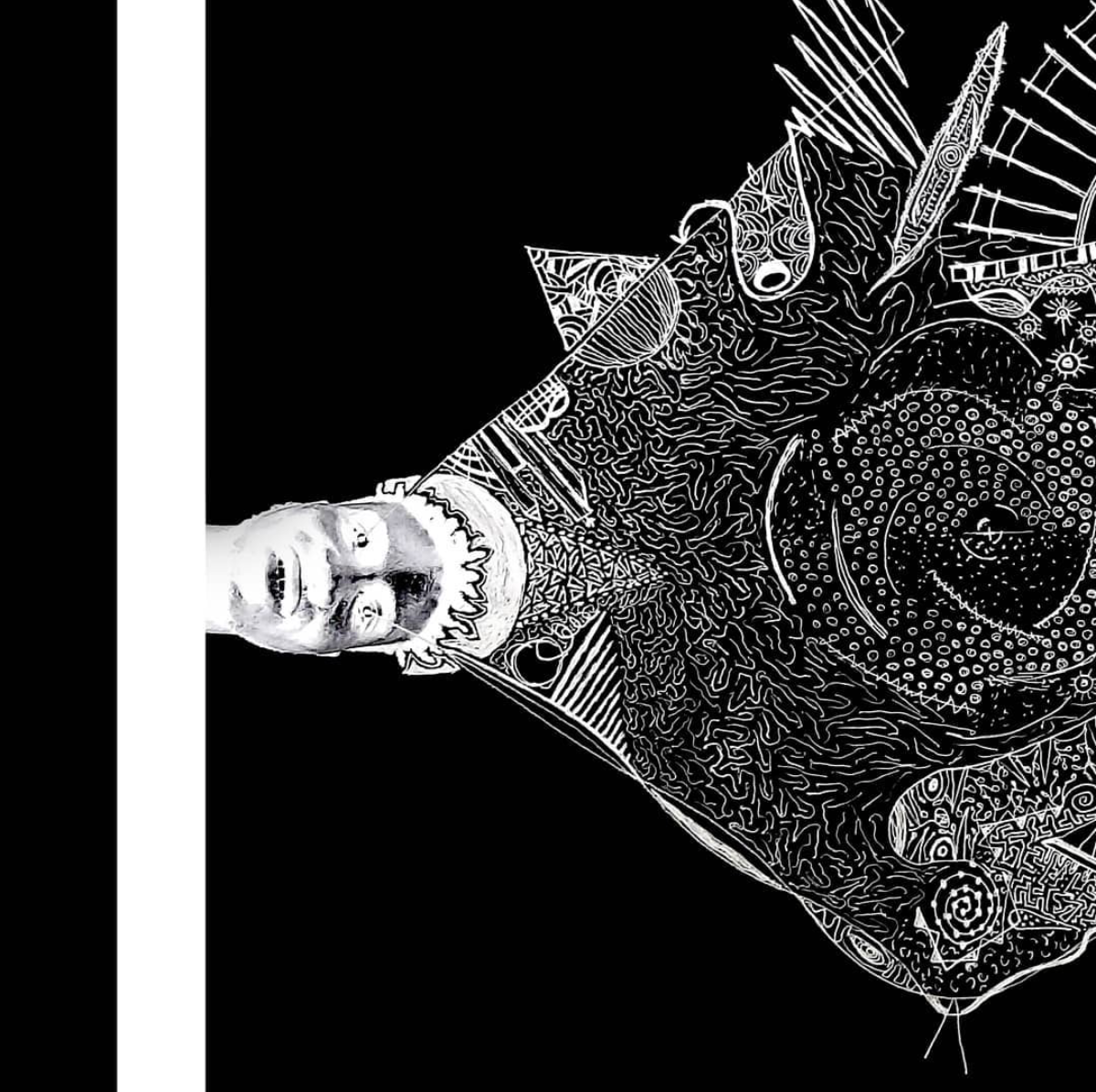 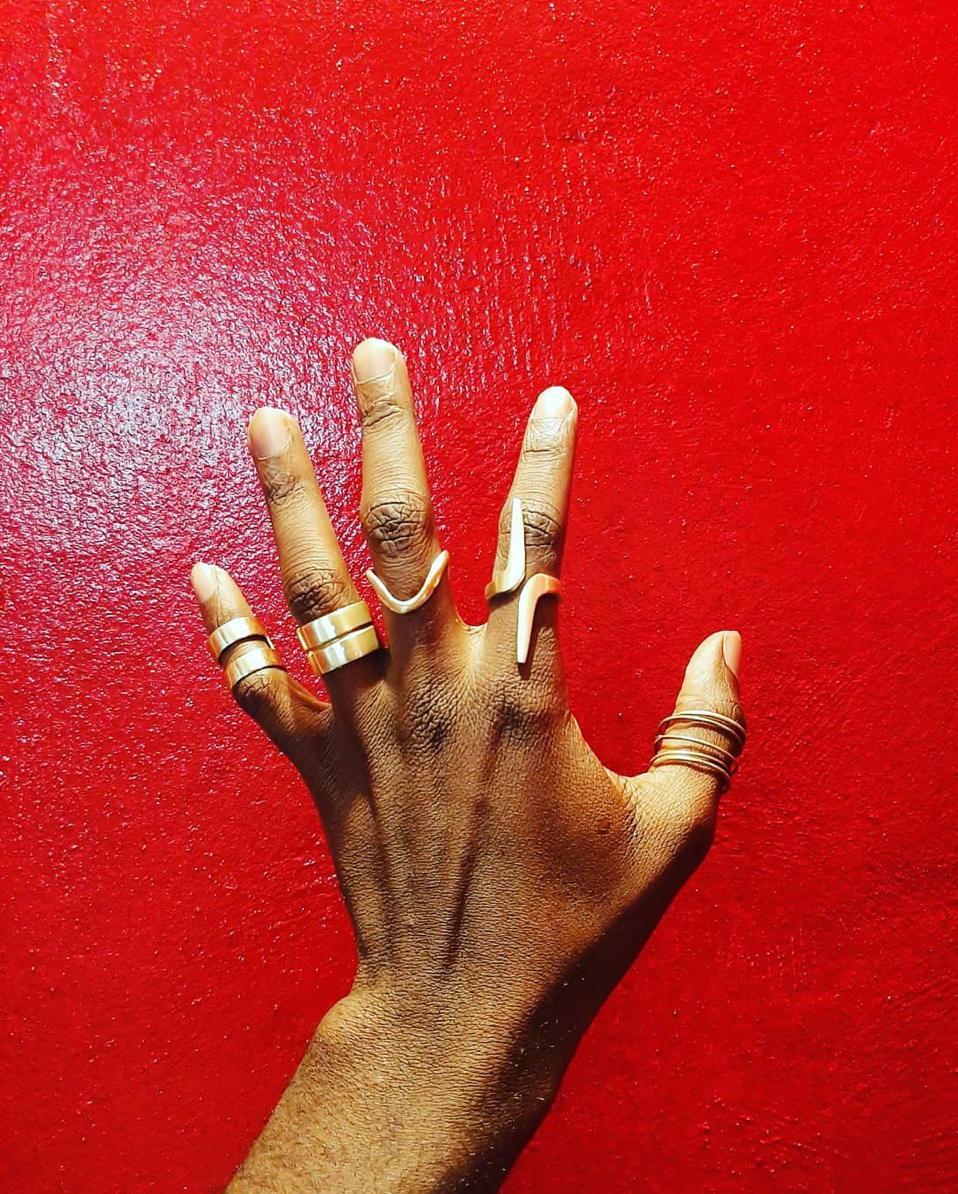 But does this mean creatives in Nigeria should throw in the towel or wait until they get to live in “favourably conditions”? Of course not.

The thing with creativity is that it will always find a way, you could start from somewhere now but ultimately, it’s not sustainable. Comfort is very crucial to creativity.

The only reason why I have been able to progress in my career is because of my affiliation with structures or organisations that are outside the country – like projects being funded or festivals being hosted by another country. If I was just relying strictly on resources available in this country, I will not be where I am today. I may be able to produce quality work, but it will not go anywhere. I have Nigerian publishers, I have support here. But I would really urge creatives to not just rely on the country.

TJ’s affiliation with organisations outside the country and attending residencies have paid off for him. Dedicating 6 weeks to writing and having all expenses covered also did wonders for his career. Still, TJ tells us that we do not necessarily have to travel out of the country or get residencies before we can churn out great work.

This movement can also be psychological. Go to a hostel, lodge in a hotel, or do things that get you relaxed.

Let’s be frank, not everyone can get into residencies, afford to travel out of the country to more conducive environments, or even lodge in a hotel. For a writer who lives in a face-me-I-slap-you apartment, earns N50,000 a month and works 6 times a week, going to a secluded place once in a while is a luxury. TJ has a solution to that too: 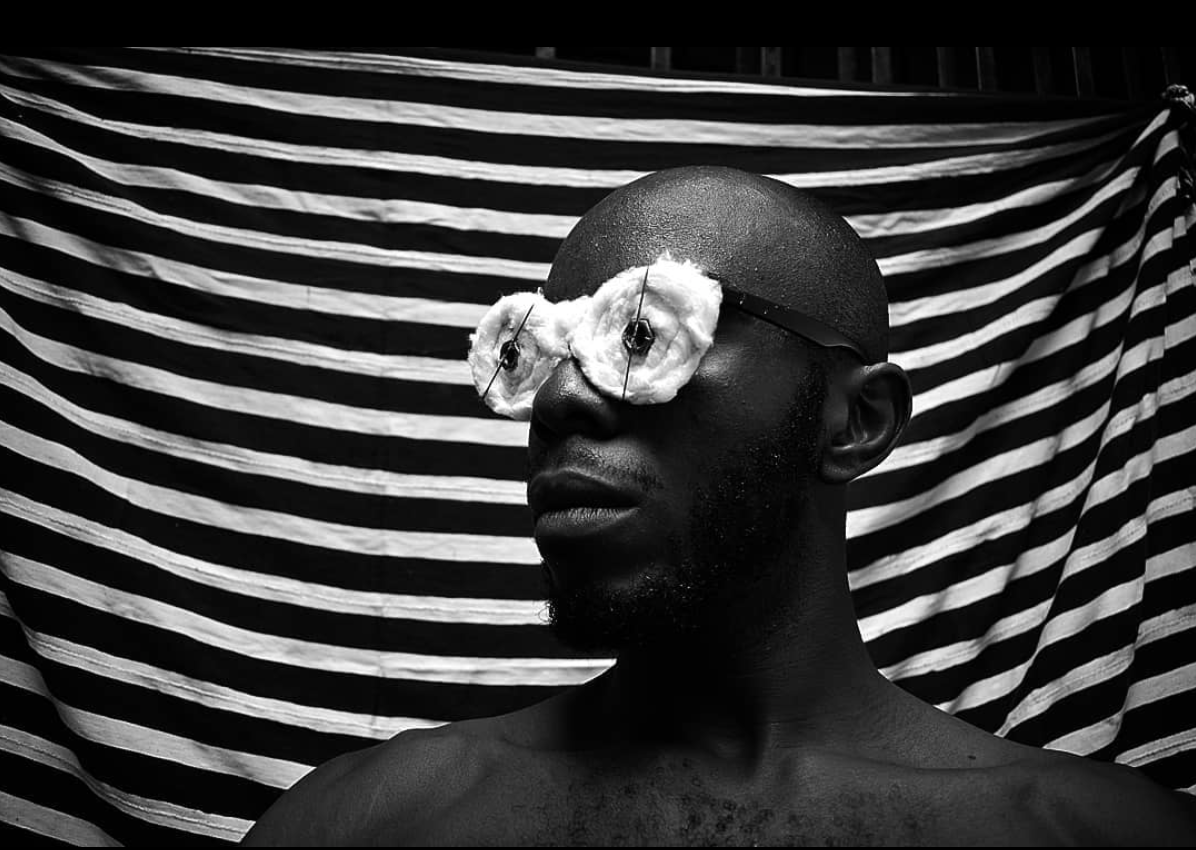 Being part of a digital community and making use of online resources is great but at this point, it is important to bring that “conducive environment” home, and create programs and residencies writers in Nigeria and Africa can benefit from. A few years ago, TJ used to organise free writing workshops on WhatsApp, but now, he only does workshops that are hosted by organisations – like teaching magical realism in Lolwe. We can have more of these workshops and programs for writers but it will cost “Moneeeeey,” TJ laughs. “Tell your rich uncles and aunties to drop funds,” he jokes.

Money, they say, makes the world go round, and your “rich uncles and aunties’ funds” can make tremendous changes in the lives of writers in and beyond Nigeria, and the whole creative industry. Without these funds, we may just be moving in circles. It is ‘moneeeeey’ that bridges the gap between professionals and amateurs and it is ‘moneeeeey’ that unearths young talents and throws the spotlight on them. But hey, if you are a young writer who wants to get your work read and recognised by professionals but cannot pay for their services, don’t fret. You can simply…

Put in for writing competitions. If you are shortlisted, the judges will give feedback on your work. Attend festivals too; a festival is a good place to find people who are interested in your craft. Writing workshops are also good places to build relationships/connections/communities. When I’m running workshops, I pair my students – the ones I feel are compatible, editing-wise. Some of them have built working relationships where they edit each other’s work.

Many writers start early, but lack of guidance and a thriving creative environment stunts their career in comparison with their counterparts beyond Africa. To help, TJ believes we have to “take children seriously” and act as catalysts for their growth.

Let’s go back to the children and teenagers in our lives. It is important to let them know how important what they do is, and help them practice. Build the audacity in them.

On one of my visiting days, my aunt visited me in Jss 1 and I had written a novel about aliens in an exercise book. I showed it to her, I thought she would laugh. But she asked me to keep it and make sure I don’t misplace it. To her, what I had done at that age was important enough.

How do we handle the children in our lives now? What is our approach to their creativity, their psychological process, the stuff they are going through?

Now, these are questions we all must ruminate over. 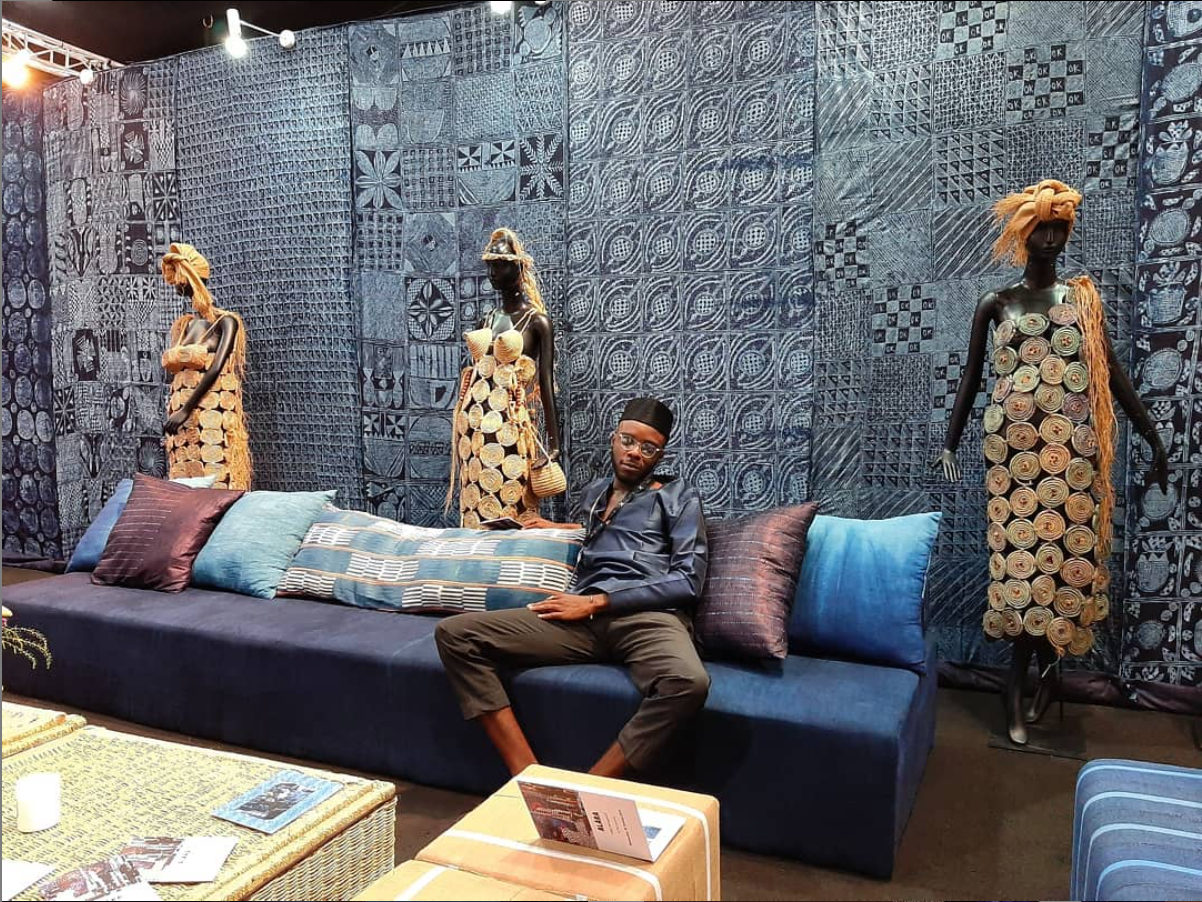 Choosing a career in writing has been good, but TJ’s path has also been fraught with one major challenge: dealing with rejection and fear. “Initially, I used to think it’s because I’m not good enough,” he says. Now, TJ knows better, and rejections don’t make him buy malaria drugs.

On dealing with fear, TJ has just one tip: sit down with your fear.

Fear is not a bad thing. All the time and on so many levels, anything I’m producing has to scare and challenge me.

He also has lots of advice for writers.

Create for yourself, not for publishing. Art is not linear. Remove yourself from expectations of release. The only exception of yourself you should have is creating. Every other thing will follow, and you’ve got to be patient. Remove yourself from timing. Writing does not get easier but if you’ve been working for long, you get a better handle on things.

Read what interests you. As a writer, read all kinds of things to expose yourself to other structures, and help you know what you should or shouldn’t do.

If you’re writing a short story, read a short story. If you’re writing a novel, read a novel. Each form has its metric system, it has its time formula that works in your brain – in the timing of knowing where to stop or how your mind knows that the story has ended here. If you’re consuming short stories within a certain period, it’s easier for you to stop at this short frame. Be deliberate and intentional.

Give yourself a year to produce a manuscript, wait for some months after the manuscript. Don’t think about the story, think about the form also – how is the story being told? Think about the structure of the writing. What many publishers are looking for is a unique/fresh voice and how to get that is to do research on character. You can tell any story but the structure of it is important. Cross-check for errors. Ask published writers to teach you about contracts, so they’ll guide you on how to protect yourself and your work.

Most importantly, have fun. 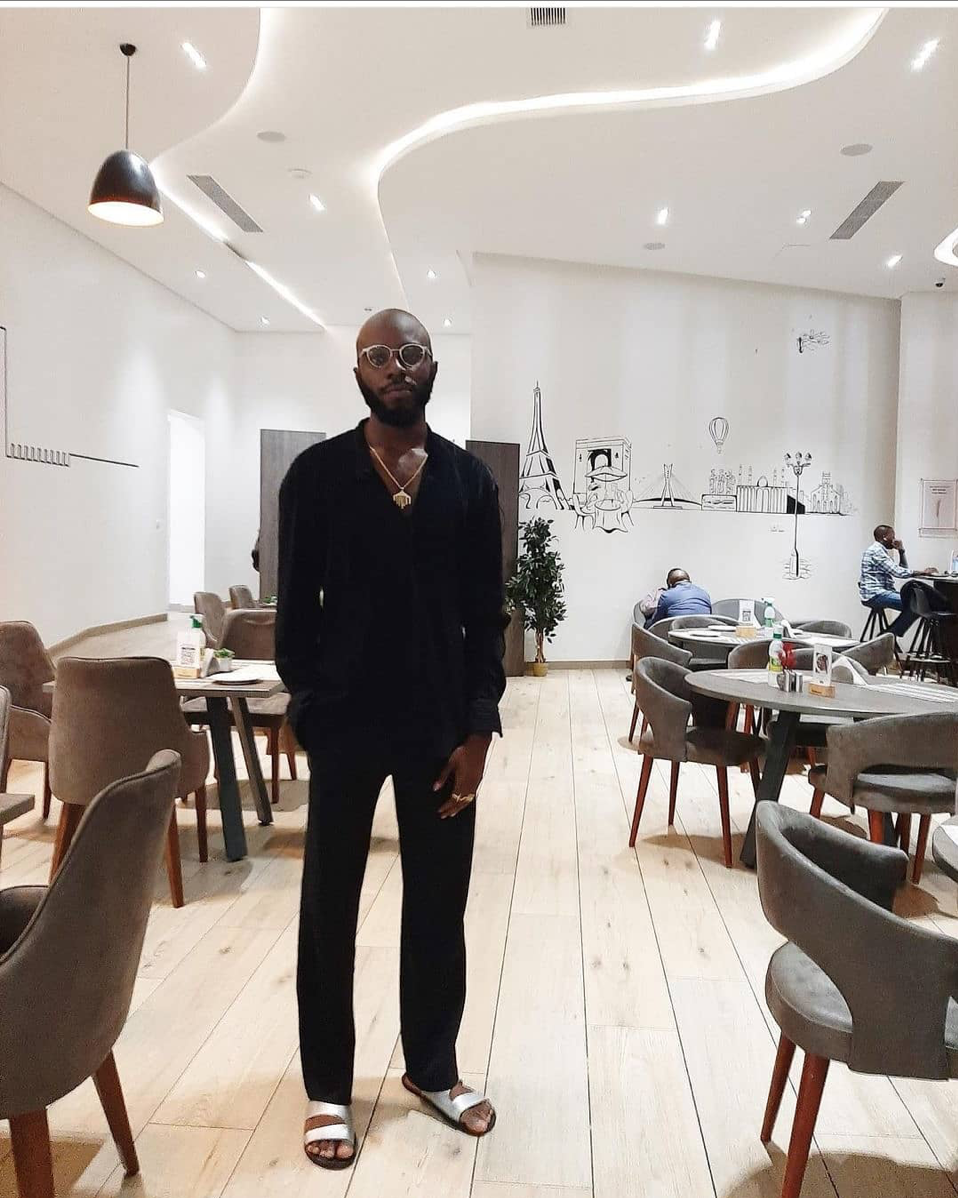 TJ has had a successful career so far. From the recognition of his works to being celebrated locally and internationally, and his ‘fat’ bank account – to this, he denies he is the “sinzu money” we suspect him to be – his works bring him happiness and satisfaction, as it should be. Still TJ’s definition of success is simple: it is being “able to complete a work and that work being as close to your imagination as possible.”

I have exceeded all the standards I set for myself. Where I am now, I dress in a way that is closer to my fantasy of what I want to look like, I make the  jewellery I wear, I sit down and I write something and I finish writing it, I put it out to the world and people go crazy specifically the way I want them to go crazy about the work and people see specifically what I was trying to achieve with the work. It’s insane. I’ve been celebrated, at least locally. I’ve had the honour of my work being taught.

And, for TJ, we are happy too.

BN Creatives’ Corner is a series that gives creatives living and working in Africa the platform to showcase their work, talk about their journey, struggles and highlights of being creatives in Africa. We have told the story of Anne Adams who bends clay to create stunning artwork, and Nana Frimpong Oduro whose art explores the many aspects of our split personalities.

Many thanks to TJ Benson for having this conversation with us and letting us share his story. You can get his book on Masobe Books and on Roving Heights.