Mfonobong Inyang: On The Ooni of Ife’s Avant-Garde Approach To Youth Engagement 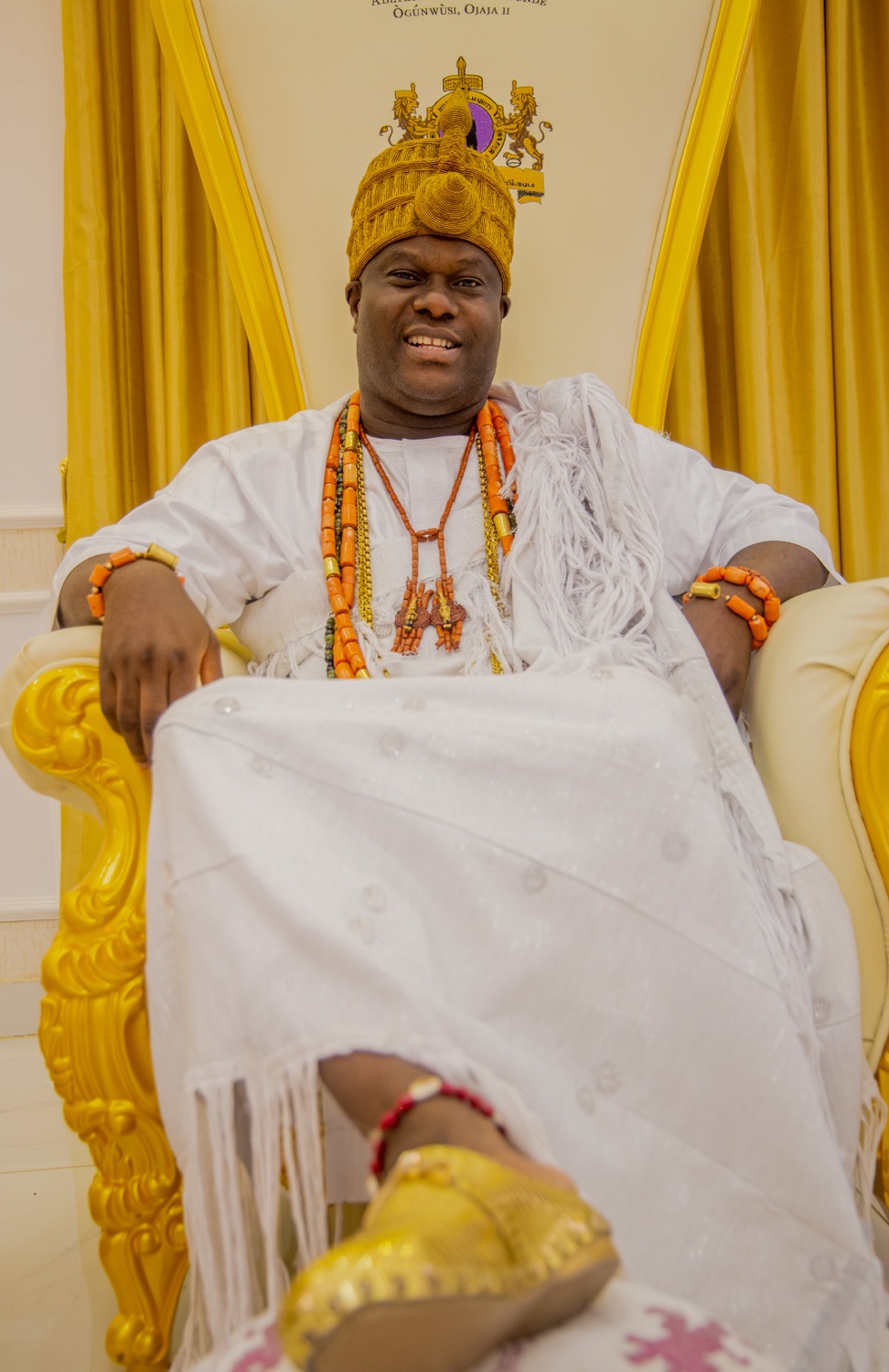 It was with great excitement that I received news that one of my clients, Dolapo Agbede was recognized for her work as a Diversity and Inclusion Consultant in Nigerian public and private sectors and had been nominated for the Royal African Awards which is an annual event where 100 young Nigerians who have distinguished themselves in their various fields of endeavour are honoured and inducted as members of the Royal Court of the Kingdom of Ife, organized by the Royal African Young Leadership Forum (RAYLF). Convened by the Ooni of Ife, His Imperial Majesty – Arole Oodua Olofin Adimula, Ooni Adeyeye Enitan Ogunwusi, OJAJA II. This year’s theme was, “Africa of The Future: Unlocking the Hidden Treasures of the continent.”

I was so hyped not just for another opportunity to be the guest of the Ooni but also for his foresight to include awardees from the persons with disabilities (PWDs) community who were doing great things – which Dolapo was an active member. I have always rooted for PWDs but having one of them as a client raised the bar for me in terms of my commitment to their advocacy and engagement. I just locked the 29th of May 2021 on my calendar because all roads would lead to the greatest of the greatest, Ife. 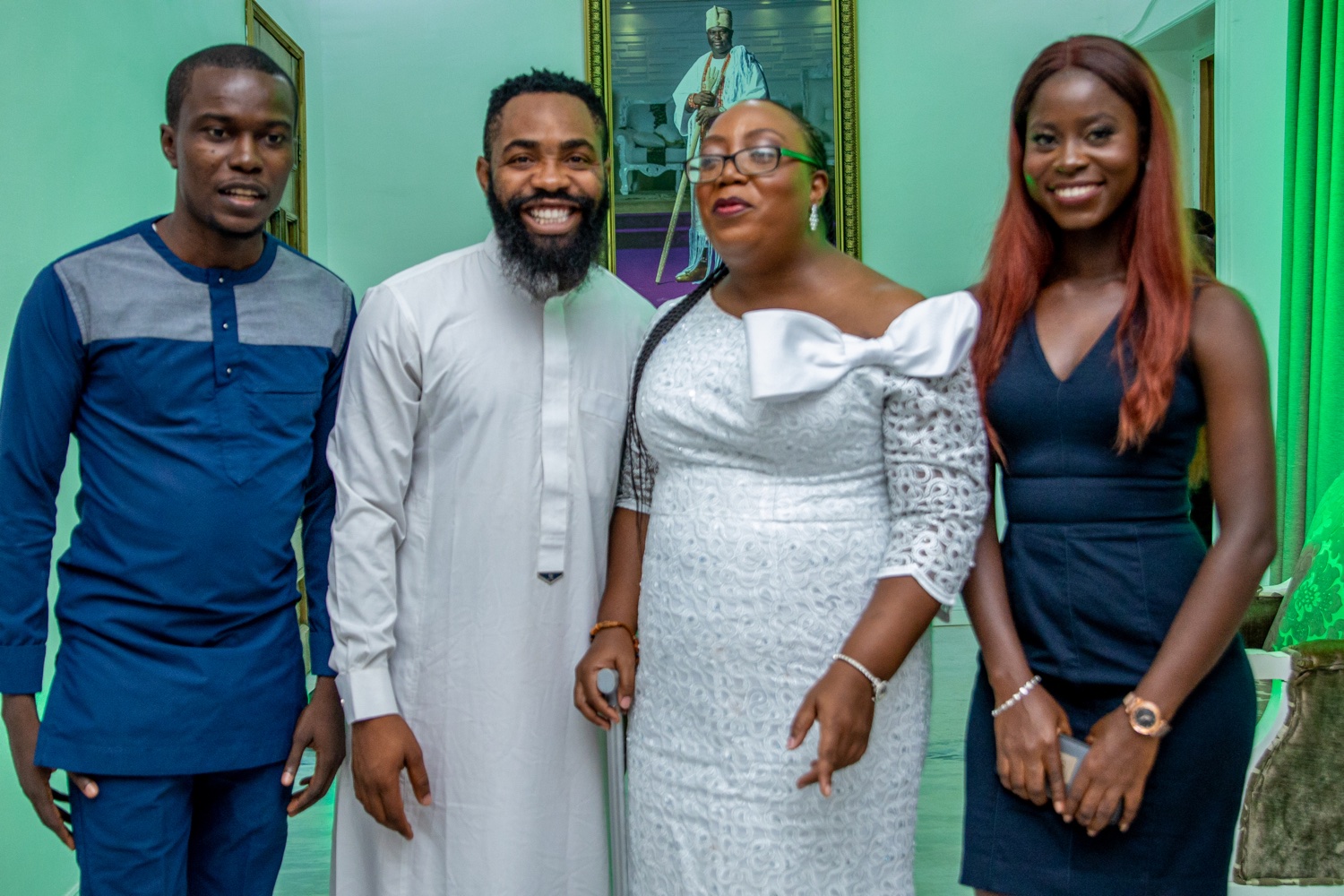 It’s The Hospitality For Me
Owing to the fact that we had to create a custom playbook and ensure a well-choreographed experience for Dolapo, the entire team elected to travel on the Thursday preceding the event were warmly received at the Ife Grand Resorts & Leisure where we were lodged for the next four days by Dr. Ayobami Oyedare – head huncho at the Ooni of Ife Global Outreach, my good friend Pamilerin Adegoke – influencer extraordinaire, Aderinsola Fagbure – legal luminary and Tomisin Olawale – Special Personal Assistant to His Imperial Majesty Ooni Enitan Adeyeye Ogunwsi OJAJA II.

It was fascinating to see the entire process being run by young people, some of which were awardees from the class of 2020. From feeding to logistics and getting all the ducks in a row – everyone understood the assignment. It was reminiscent of the Ooni’s speech where he spoke to stakeholders on inclusive governance and representative development – basically saying that pontificating won’t cut certain challenges because you cannot shave a man’s hair in his absence.

Bringing In The Sheaves
The RAYLF is more than an award ceremony, it is a system that aggregates young leaders who are driving important changes in tech, social enterprise, lifestyle, media, business, law and so on. For two evenings in a row, we were hosted by His Imperial Majesty at the sprawling edifice (all white, can’t stain) that is the Palace of the Ooni – where key players converged for cross-pollination of ideas. The equity in the room was palpable; from young achievers like Abiodun Animashaun, Country Manager for Chipper Cash which has attracted investment from the likes of Jeff Bezos to Francesca Claire Musa-Akande who amongst other things runs a non-governmental organization providing humanitarian assistance to veterans and their families.

The Ooni, quite the connoisseur of African history, also gave us a masterclass on “spirituality and vibrations” – the curated culture, brilliant storytelling and riveting narratives about our roots was jaw-dropping. He spoke into the wee hours of the night about our role in building a great country. I felt really good to be in a room where your ethnicity, religion, language, socio-political affiliations didn’t matter. Uneasy is the head that wears the crown but managing diversity with such finesse is right up there – you can’t touch that. 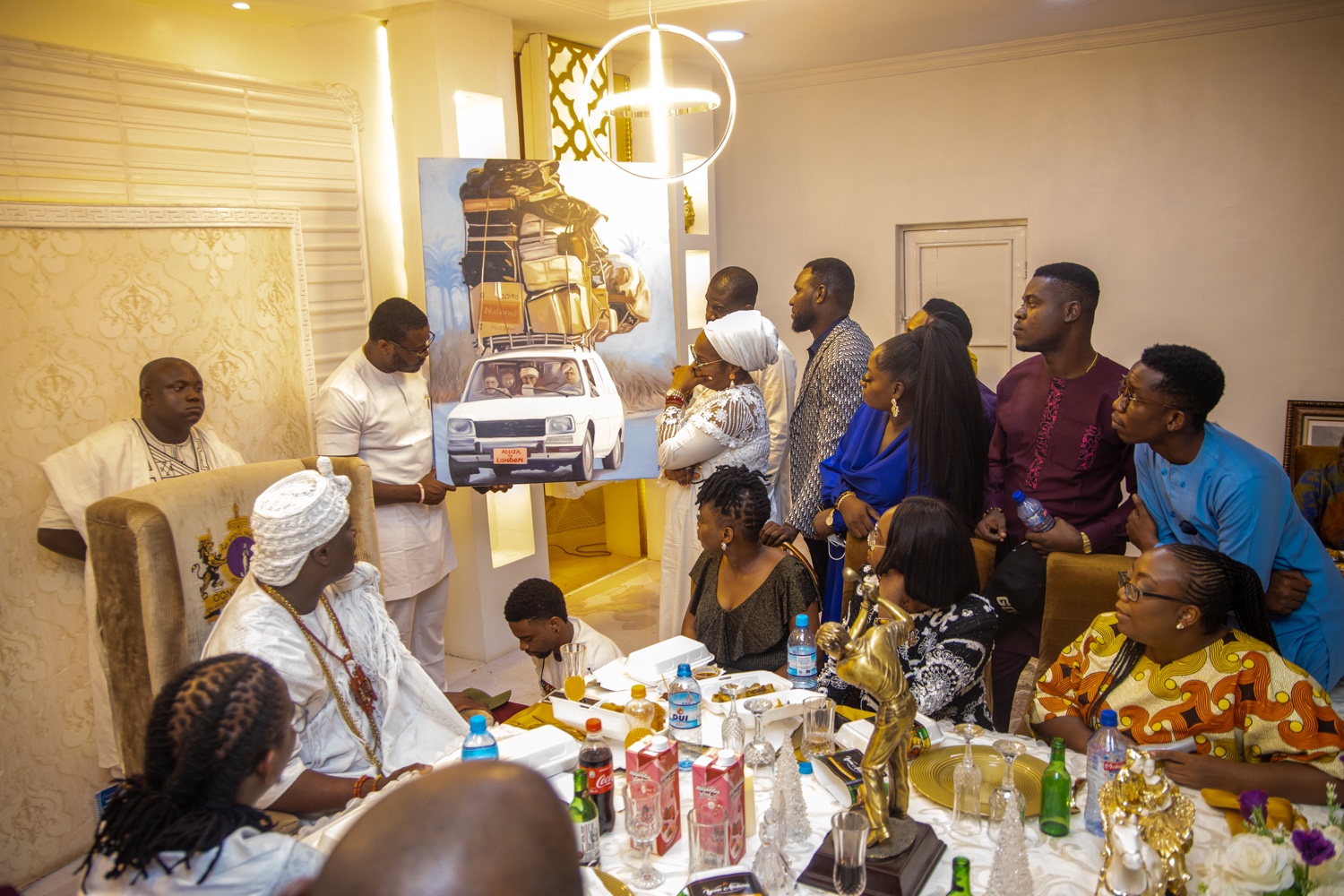 Royal Roses
When it comes to giving young people their flowers, the Ooni is the group admin. It cannot be over-emphasized the need to recognize and encourage young achievers. Included in the class of 2021 is Bayo Omoboriowo – Chief Official Photographer to President Buhari, Hon. Stella Okotete – Executive Director of the Nigerian Export-Import Bank (NEXIM), Orondaam Otto – social entrepreneur and Founder of Slum2School, Bukunmi Oluwasina – uber talented playwright, model and brand influencer, Dotun Popoola – the uncanny metal sculptor whose works adorn the most prestigious locations all over the world, Ayo Mairo-Ese – award winning broadcaster and ingenious event host, Bamidele “Kingpexxie” Olamilekan – Managing Partner at Lekan Bamidele and Co. The late Tolulope Arotile – the first ever female combat helicopter pilot in the Nigerian Airforce received a posthumous award.

This comes as no surprise because right from the jump, His Imperial Majesty had dedicated the Royal Throne to the young people of the African continent. He says nothing gives him more joy than being amongst young people because his greatest joy is seeing young people do great things. He always harps on the fact that we’re not too young to lead and he is always ready to support as a father and as a friend.

In the Ooni’s own words: “The idealism and philosophy of the Africa of the Future is to set out on a new adventure of creating and establishing the Africa that we all have been seeking for. A continent of homogeneity, harnessing the strength of its diverse languages, its beautiful culture, vast arable land for modern agriculture mechanism, resilient young entrepreneurs and innovators that are daily shaping our worldviews and its ever-busy capital cities with all its possibilities, potentials and challenges. As leaders across Africa, we must stand and confront our challenges, engage in structural reforms and human patriotism, re-establish the ecosystem of viable and practical engagements with our young generations in order to bequeath noble legacies and rich inheritance in education, healthcare, innovation, good governance and incorruptible leadership footholds to our unborn children.” 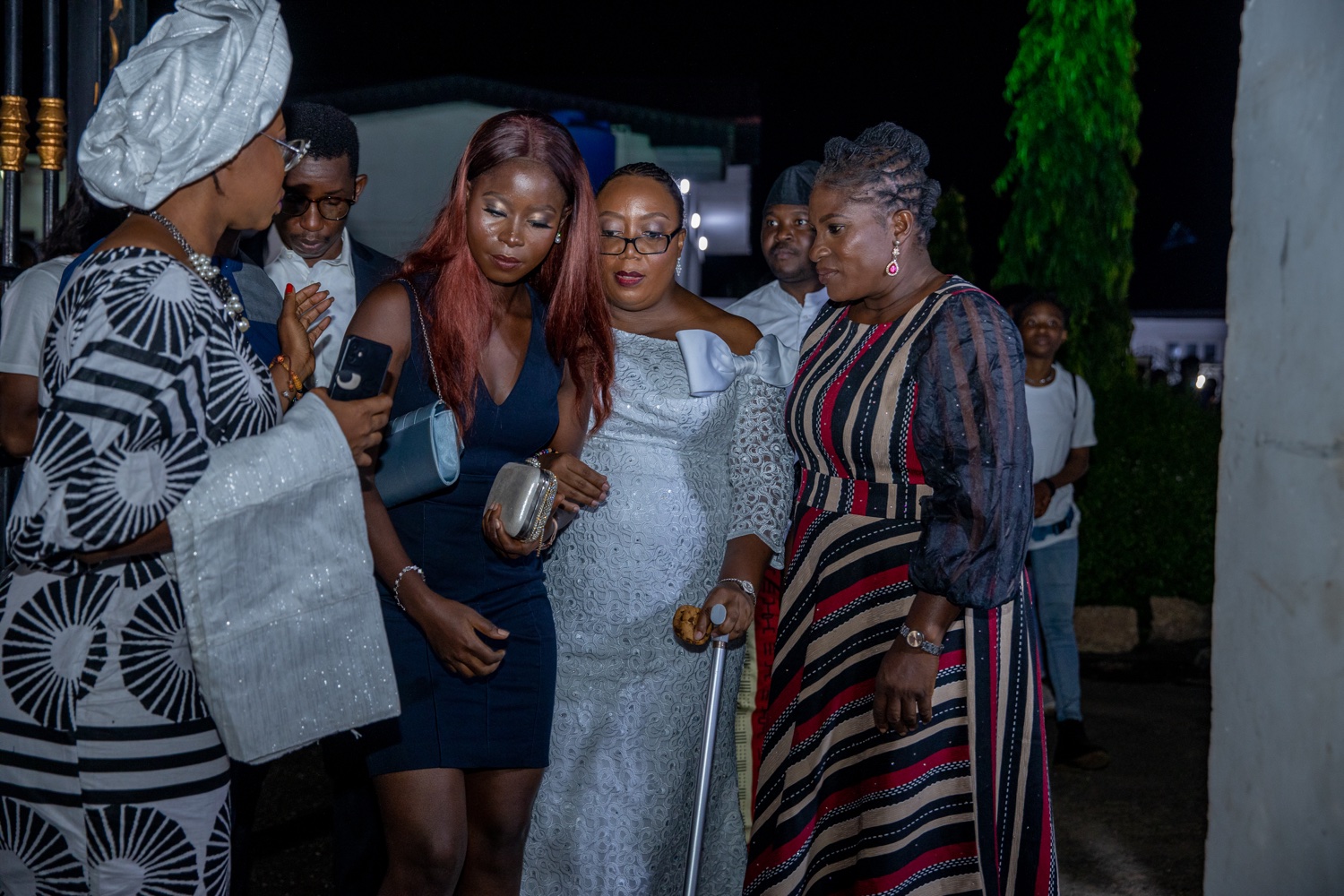 Food For Thought
“Young people are on the frontlines of the struggle to build a better future for all. The COVID-19 pandemic has highlighted the dire need for the kind of transformational change they seek – and young people must be full partners in that effort.” – UN Secretary-General António Guterres

On August 12 of every year, the International Youth Day is observed. Since 1999, the United Nations decided to commemorate the day where governments and people all over the world coalesce around themes which are usually youth-centric but also in the context of the larger society. This become very instructive when put in the context of Nigeria being ranked 161st on the 2020 Global Youth Development Index which measures the status of young people in 181 countries around the world – a very abysmal position to occupy.

The theme for International Youth Day 2020 was “Youth Engagement For Global Action”. I wrote an essay about, “having conversations about the role and extent of technology in future elections”. I submitted that it, “evokes apathy from that demography (of young people) when you ask them to participate in a process that is cumbersome”. Simply put, if we are honest about driving youth participation in governance – then further entrenching the use of technology in our electoral process is the way forward. 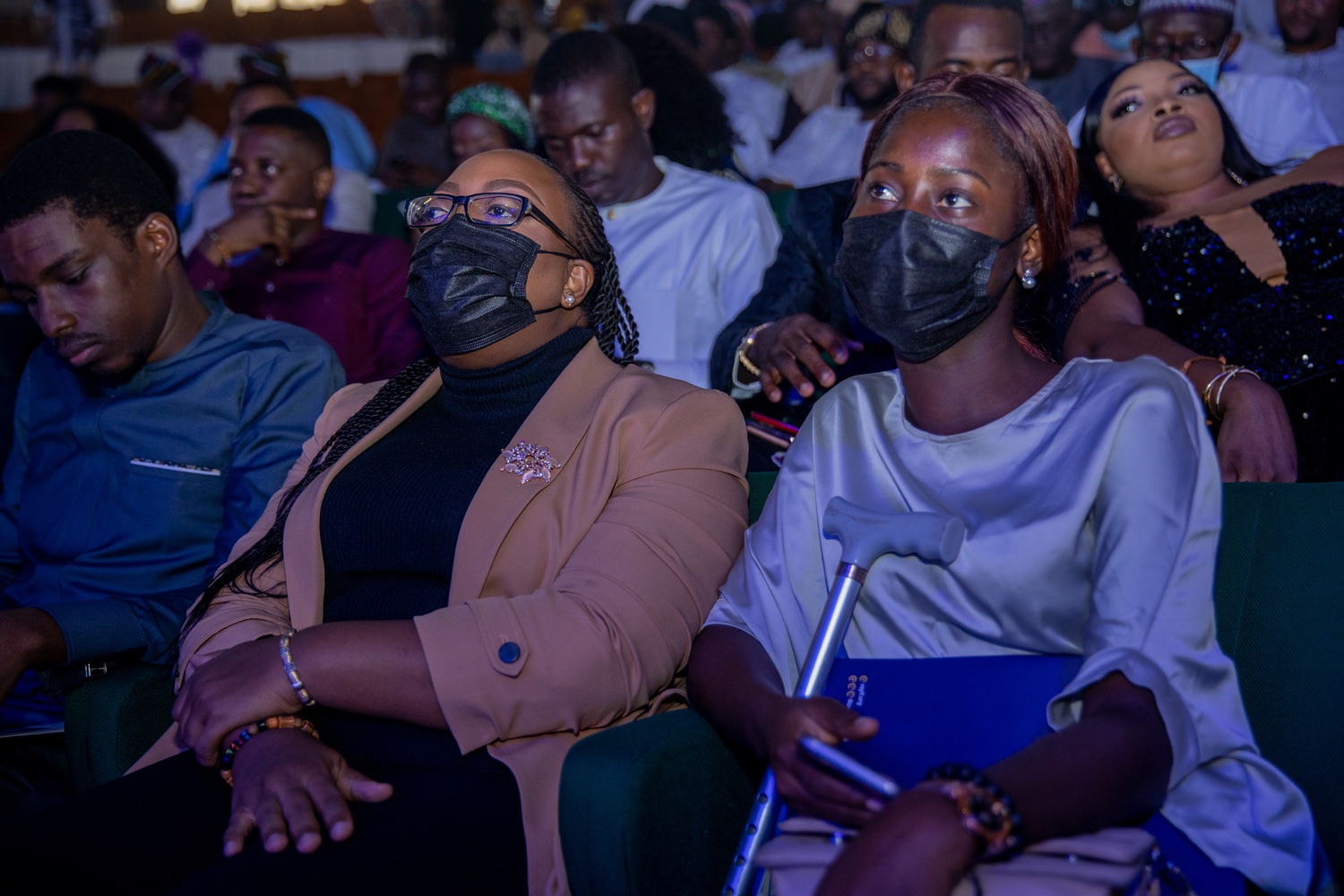 This year’s theme is, “Transforming Food Systems: Youth Innovation for Human and Planetary Health”. It is a call to action on the need for, “inclusive support mechanisms that ensure youth continue to amplify efforts collectively and individually to restore the planet and protect life while integrating biodiversity in the transformation of food systems.”

If we all take a leaf from the Ooni’s book, a lot can be achieved in terms leadership with a human face. Long live His Imperial Majesty – Arole Oodua Olofin Adimula, Ooni Adeyeye Enitan Ogunwusi, OJAJA II. Happy International Youth Day 2021!

“Nothing Will Separate Us!” 27 Years in Marriage, Mr & Mrs Akinseye Have a Lot To Say On The Ever After