Titilayo Olurin: The Big Deal About Being Blocked on Social Media 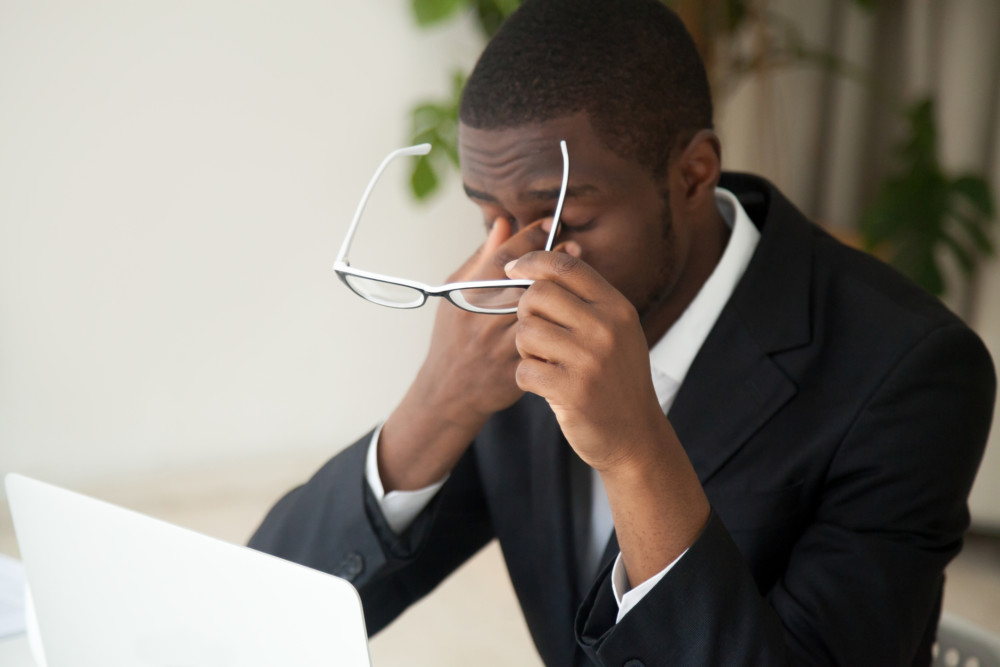 I squinted my eyes at the glare of light from my phone in the dark as I scrolled through my WhatsApp messages for what would be the umpteenth time. If my father could see me then, he would have warned me again, as he was wont to do, about the dangers of using the phone in the dark.

“Ko da o!” he would say sternly in Yoruba, shaking his head vigorously before repeating in English, “It’s not good. It’s not good for your eyes.”

I have tried to heed his warning as many times as I can but that morning would not be one of such times, because of whatever it was I was feeling at that moment – the exasperation, anxiety, perhaps even fear – I could not wait till morning when I would begin my routine of preparing for work. So, at a little after 2 am when most people were asleep, I sat in bed, scrolling through and refreshing my WhatsApp, hoping that something would change.

Nothing changed, at least not for the next two hours or so that I stayed awake, fiddling with my phone. Not the empty space where his WhatsApp profile photo should have been. Certainly not the undelivered status of the full stop I had sent earlier before drifting off to a fitful sleep. If that told me nothing else, it told me this much: I was blocked.

It was not so much the act of blocking as who did the blocking that bothered me. After all, I had done my own fair share of blocking, too. One time, mid-conversation, while sitting across her office desk, my boss blurted, “You blocked me on Instagram, Titilayo. Just want you to know that I know.” Another time, when a friend and colleague did something I did not quite agree with, I went ahead to block her on all social media platforms. I mean, every one of them.

Later, after my twin sister made it clear in many unspoken words that I was a bad person and posted on her WhatsApp status that our only other sister was “the world’s bestest”, I blocked her.

Indeed, I was served cold the dish that I had served to others. But I could not take it; I was losing my mind. Was I holding on to the teenie tiny thread of hope that it was all a mistake? Yes! Was I hoping that this person would unblock me? Absolutely! Did I still have feelings for the “blocker” with whom I had had the greatest obsession for the longest time? Oh, yes!

The Who, Why, and When of Blocking on Social Media

There are people who block on social media to lash out. The same way people scream, cry, shout, and throw tantrums, some use the block button as a way of lashing out. And it was what I did with my boss because I perceived some unfairness from her.

Others do it just to be petty or mean. I might have been angry, acting on the spur of the moment when I blocked my friend and colleague. But for the most part, I was being petty.

Many do it to block out negativity. They know how strongly posts, status updates, or messages could affect them and they make the decision to block people who could threaten their peace. “They want to get rid of the noise,” explains Seye T. Aderinola, an old acquaintance who has a degree in psychology. “They want to block out any kind of hate, negativity or bad energy from people, whether they are friends, strangers, acquaintances, or family. They want to protect their mental health even if it would take blocking a hundred people. They do not have to mull over when they should do it. They just do it.” These ones, according to Aderinola, would tell you that they do it for their peace of mind. It is not about you; it is about them and how much they want to protect their sanity.

“Some block on social media to cut people off,” he continues. “That’s it, plain and simple. They do not want to have anything to do with you again, maybe because you were once dating and you no longer are. They are protecting their emotional wellbeing by blocking. It could also be because they want to take the cowardly way out of a situation and do some ghosting.”

Should Blocking Extend to Family and Friends?

People ‘block’ for different reasons, and whether you have been guilty of it or not, you have probably once or twice been at the receiving end. But if you were the “blocker” rather than the “blocked”, how do you gauge who deserves it and who does not? Do you block irrespective of a person’s position in your life? Do you feel some guilt when blocking people who are close to you or who have once been close to you?

Of course, it is easy to block an acquaintance or a stranger who is becoming a nuisance on your Instagram or Twitter TL or DMs. It is easy to block that person you have not known for too long whose WhatsApp stories, messages or calls are either disturbing or threatening in some way. But when it comes to family and friends, how do you judge who to block?

“I don’t care who you are o!” admits a friend, Omolola, “I block when you are beginning to annoy me with your posts or updates or you are just a negative person. I have all my family, except my siblings, blocked on Instagram and Facebook. I don’t want them calling a family meeting on top of my head.”

When I blocked my sister, I did not have to think about it and I felt no guilt whatsoever. I did not need her or anyone to make me feel any worse about myself than I already did. My peace of mind came first.

How Would You React?

When you find out that you have been blocked, especially when there are no explanations for it or you seem cool with the person, what do you do? Do you want to know the reason – for closure, as some would put it – or could you just not be bothered? Do you feel bad about being the object of someone’s blocking or does life continue as usual?

In a world where there are serious issues, blocking seems like the least pressing problem but it is a big deal: friendships have ended because of it; people have turned on each other because of it. Personally, I hardly worry about being blocked – I block you, you block me, life goes on. But the one blocking I mentioned at the beginning pained me to my bone marrow. Oh, I felt it!

In retrospect, though, after reading all the mean, horrid, and hurtful – the most hurtful anyone ever said to me, I’ll admit – messages from the person in our last chat, I realise that it is not such a bad thing that he is no longer on my WhatsApp. Blocking, when you are at the receiving end, could be upsetting at first, but in the end, it might be a good thing.

Adefolake Ayotunde-Salami: Listen! Going To The Spa is Not a Luxury, it’s a Necessity

Oris Aigbokhaevbolo: Will the Surreal 16 Film Festival Do Wonders for Nigerian Cinema?