BN Hot Topic: Are We Encouraging People to Get Their PVC the Wrong Way? 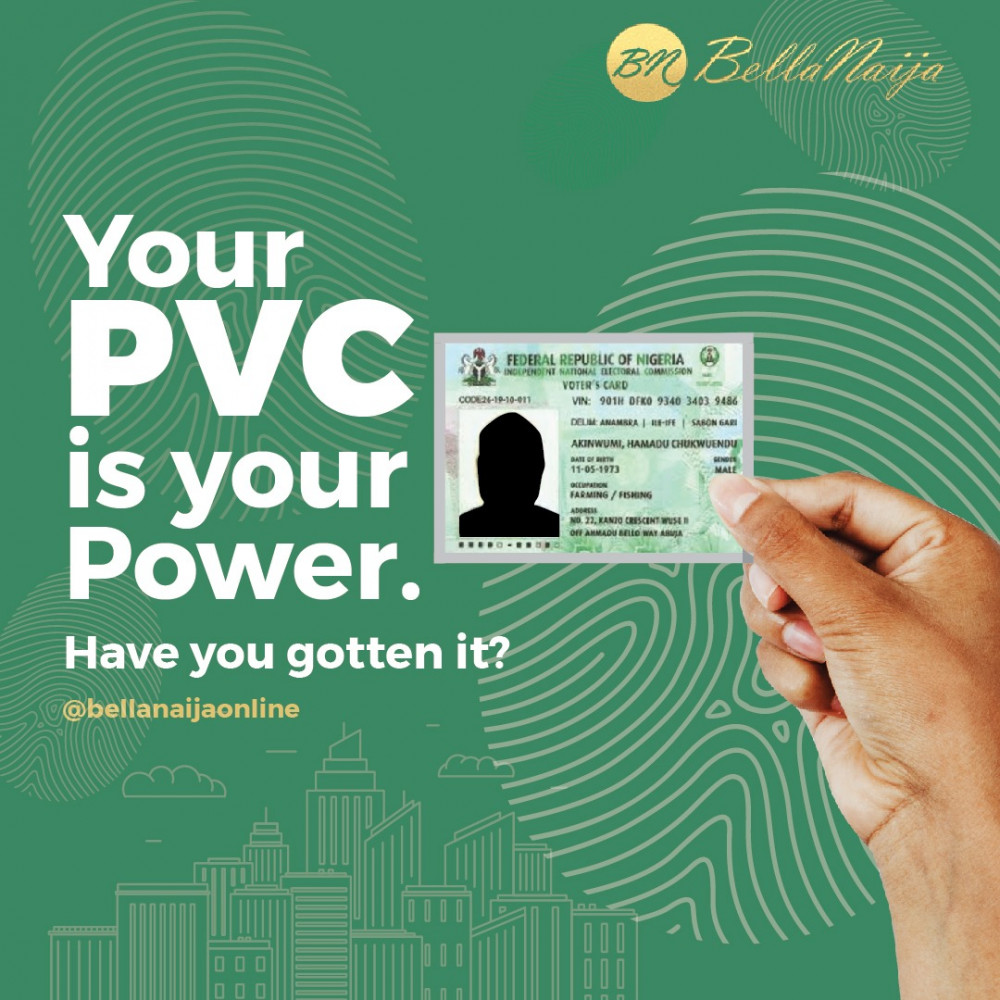 Getting one’s PVC is now a thing of pride. A confirmation that you are a good citizen who is invested in the betterment of the country. Gone are the days when you would, with raised shoulders and a puffed-up chest, say “I’m not voting jare, our votes don’t count. Who go enter go still enter. Shebi the election would be rigged laslas…” and then people would nod their heads in agreement and clap for your wise decision. If you try that now, both the old and the young would look at you, their eyebrows raised in repulsion and say “wetin this one dey talk, ogbeni go and get your PVC.” You cannot blame them, na who wan suffer for another 8 years?

I like this new wave of PVC-getting awareness both offline and online. Everywhere you go, there are talks of getting your PVC, voting in a better candidate and letting old bones rest. There are concerts, grass-root campaigns, religious houses, schools, and workplaces are also encouraging people to get their PVC. Think about it na, if you don’t vote for your own candidate because “our vote does not count,” other people would go out en masse to vote for their own derica-of-rice-distributing-candidate. And, no, you have no right to complain. After all, you also had a chance to make things right and you flunked it.

But in all of these awareness and campaigns, there seems to be an abuse of power and a violation of people’s rights that is being encouraged on social media. One lady tweeted that a particular office refused to pay their workers who had no PVC. Another said that someone was refused holy communion in a church because he had no PVC.

While a lot of people were screaming “way to go”, others couldn’t believe what they were reading. Way to what? Go where? How can people work so hard for days and weeks and you refuse them their hard-earned and well-earned money because they have no PVC? When they were working “under pressure” in a “fast-paced environment”, you did not remember that they did not have PVC, abi? It is when it’s time to pay them that you suddenly remember they have no PVC. There are many incentives companies can come up with to encourage their staff to get their PVC but withholding their salaries is simply trampling on their rights as employees. If employers can force their staff to get their PVC, what’s stopping them from enforcing their staff to vote for a certain candidate?

But others were of the opinion that at this point in time, voting has become “a fight for our lives” and nobody is allowed to be passive. Your decision to not vote will also affect my own future. “If you don’t force people,” they say, “they won’t get their PVC.” Look around you, people only do things when it’s the last minute and if there are no consequences for not doing certain things, Nigerians won’t even bother.

One of the greatest fears of Nigerians, currently, is voting in the wrong person in 2023. Shebi one egg is now 100 naira, God forbid that it becomes 200 naira in the coming years. That is why people are ensuring, by all means, that others are not just politically aware, but also active in the affairs of the state.

Still, do we really have to take the acrimonious route when trying to get Nigerians to do something? This is a democracy, don’t people have the freedom to make the choice between voting and not voting? Isn’t it wrong to withhold what rightfully belongs to people because you want to encourage them to vote? Are the means justified as long as people eventually get their PVC? In encouraging people to get their OVC, what’s that line that should never be crossed?

So many questions and I know you have the answers. So share your thoughts.

Mfonobong Inyang: The Dangerous Delegation That is Destroying Our Democracy

Be Transformed with The Catalyst: How Your Thoughts Can Heal Your Body