Kosisochukwu Akilo is Reunited with her Family | Police Arrest her Abductors

A bit of cheering news on a gloomy day for Nigeria.

6-year old Kosisochukwu Akilo who was kidnapped from her home in Enugu last month has been reunited with her happy family. She was kept by her abductors for almost three weeks and was later found in Warri, Delta state.

Meanwhile, the anti-kidnap squad of the Enugu State police command said it has arrested her abductors.

The anti-kidnap squad arrested a member of a notorious kidnap gang that abducted and killed one Miss Patience Ogbodo at Agbani, Nkanu West local government area of the state in December last year. These gang was said to be the same gang that kidnapped Kosisochukwu from her home in Enugu.

The State Police Public Relations Officer, PPRO, Mr. Ebere Amaraizu, yesterday, confirmed the arrest of one John Nnamani, a native of Obinagu village Akpugo, Nkanu West local Government Area of Enugu State suspected to be one of the kidnappers that allegedly abducted Miss Ogbodo on December 3, 2011.

He said following Nnamani’s arrest by the anti-kidnap squad led by Superintendent Stephen Osaghae at the Agbani axis of the state, he made revelations which linked him with the alleged kidnap of the victim, who died while in captivity.

Thank God all is well with Kosi and her family. 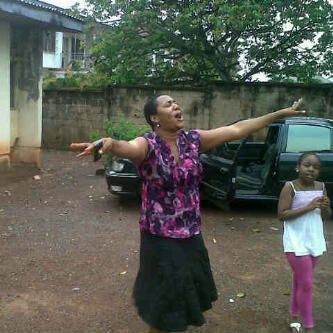 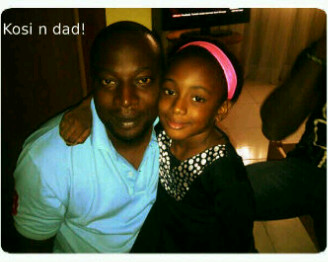 Many thanks to a BN reader, Abimbola Rapheal for sending in the pictures.