All Children Are Equal, But Some Are More Equal Than Others 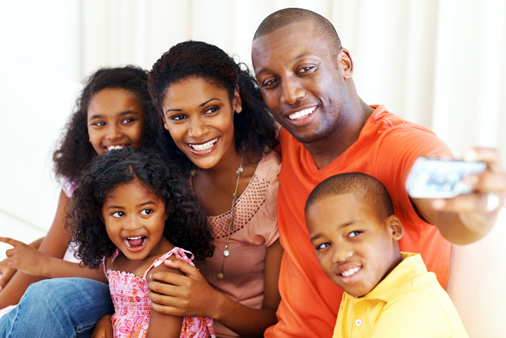 Mondays can be such a drag . If only every week would be like last week when the week started on Wednesday. I mean, that’d be so awesome. Anyway, there’s no need to cry over spilled milk. I hope you guys had a fantastic weekend. I did; and my definition of “fantastic” is uninterrupted power supply, fast internet and back to back episodes of Suits & White Collar! Yes, I’m boring like that.

Anyway, in the course of my uber-fantastic weekend, I did a little reading and found out about the “middle child syndrome”. Basically, the middle child syndrome is when the “middle child” feels neglected and this “feeling of neglect ” affects his/her personality. The middle child is caught between the oldest child who is traditionally expected to be responsible for the younger siblings and the last child who is generally believed to be “spoiled rotten”.  It is believed that the middle child battles with low self esteem, and has a constant need for approval. I was intrigued and I wondered if this syndrome applies to large Nigerian families with six children.  Can more than one child suffer from this syndrome?  I thought about writing a piece about it, asking the readers for their thoughts on if this was a real thing and if it applied to Nigerians/Africans seeing as a lot of people believe that there are some things that are within the exclusive purview of Caucasians.

I asked people around me if they felt that some children got preferential treatment based on the position they held in the family.  Are first children really tougher, more responsible? Are last-borns ‘spoilt’? Do they get everything they want? Do middle children really feel neglected? Do they really have a constant need to be accepted? My family friend told me that first borns come at a time when parents are just struggling, managing their resources and as such they are brought up under stricter environments. By the time the other children start coming there’s a little more money and the other children who come have a little more to play around with. She said… “you autas don’t know anything but enjoyment!”   Auta– That’s the Hausa word for “last born” or “runt of the litter” as I prefer to call it.  There’s a presupposition that “last borns” are special.  As a proud card-carrying member of the Auta Club, I’d like to analyze why this presumption is in place. With regards to discipline and upbringing, it is believed that the auta gets away with a lot of things that wouldn’t have been permissible with the older children. Essentially, you hear stuff like “You’re lucky you came when Mummy was older! If I did what you just did now, she would have skinned me alive”/ “Ehn? Daddy bought you a car before you graduated! That’s one of the advantages of being a last born na”. If you ask me, I’d say autas get sent around a lot especially on mundane errands… “go and wash all the plates in the sink”.. “go and bring the remote control” (which by the way, is right in front of the older sibling)

Are some children really more special than others? I realize that families vary and as such it wont do to use a wide brush to paint over this situation.  I know of a family who had planned that all their babies were going to born in the USA (better healthcare/citizenship/and any other advantages) . They saved up for it and had their first child in Houston, by the time the second child was on the way, things weren’t as rosy and the baby had to be born here (which is not a bad thing oh! I was born in LUTH). A few weeks ago, my friend’s daughter took her first steps and I asked him if he took pictures or made a video of it and he said he didn’t. He said they had even been feeling guilty that they didn’t do all the things they excitedly did for their first child because the novelty had sort of worn off and they were basically going through the motions.

We can’t conclude without talking about the “only child syndrome” (okay I sort of made that up on the fly but you get my point).  There’s a presumption that “only children” are spoiled rotten by their parents and that they basically get everything they want because they’re everything to their parents but of course, there’s an exception to every rule. One of my aunties was extra strict to her daughter. Her reason “If she’s spoilt now they will say it’s my fault”. Suffice to say, my cousin is a strong, independent, hardworking young woman today… with no signs of being an “akebaje” (one who has been overly pampered)

What do you guys think? Are some children more equal than others by virtue of their position in the family?  Do you agree that the “middle child syndrome” is a real thing?  What position are you in your family and do you feel it has an effect on your personality trait? As a parent, do you feel like there’s any way you’re being slightly partial to any of your kids?

BN Bytes: Laughing All the Way to the Bank..& the Car Dealership! Check Out Comedian I Go Dye’s New Range Rover Evoque & Escalade