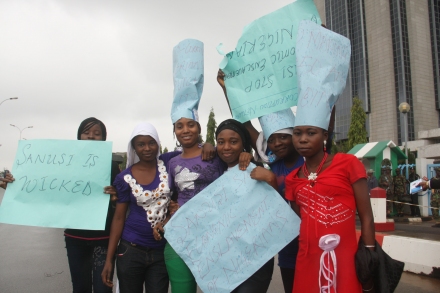 Ever since the Governor of the Central bank of Nigeria, Lamido Sanusi officially announced that the apex bank was going to introduce N5000 notes into circulation, a large percentage of Nigerians have condemned the initiative.

When Bellanaija first broke the news of the CBN Governor’s announcement {click here}, many readers were not in support of it for various reasons. Some said it would further devalue the currency while others said it wouldn’t have a favourable impact on the economy amongst other objections.

Earlier today, Dino Melaye, a former house of representatives member, led protesters in Abuja today to express their disapproval of the planned introduction of the N5000notes. The protesters mobilized online under the banner of  #OccupyCBN.

They braved the early morning showers to make a strong presence at the Central Bank of Nigeria headquarters in Abuja.

However, in support of the planned N5000 notes, the CBN yesterday disclosed that about N7 billion out of its total cost of printing currency will be saved annually with the proposed introduction a N5000 banknote.

He debunked rumours that the apex bank would spend N40 billion on the currency review, adding that the CBN would publish the actual figures this week and make the amount available to Nigerians.

Considering both arguments, what are your thoughts on the street protests? Are you in support of the Occupy CBN movement?

The CBN has said that about N7 billion out of its total cost of printing currency will be saved annually with the proposed introduction. Do you think they should be given a chance? 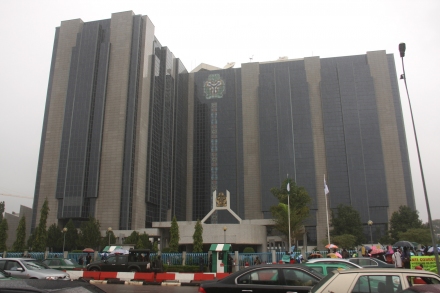 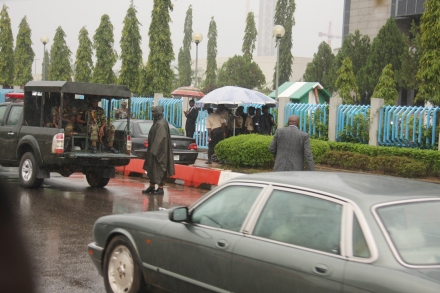 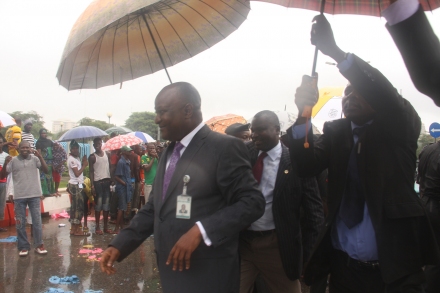 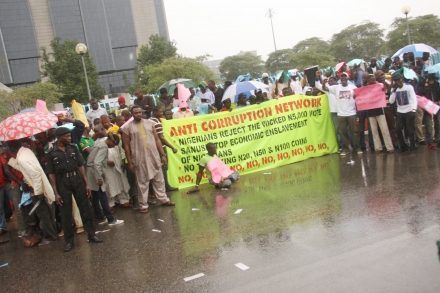 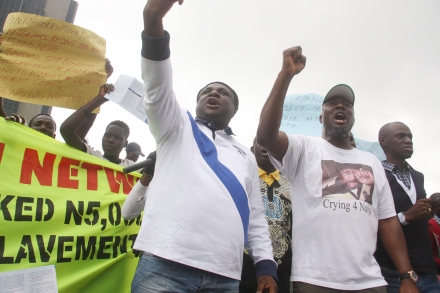