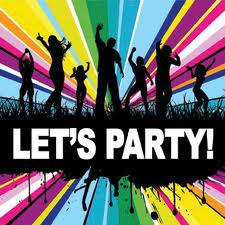 I’ve been told that my pieces recently have been ‘too serious’ so I’m stuck trying to figure out how to re-align my writing or rather make it a little more fluffy and enjoyable. So it’s bad enough that I’ve not been able to haul myself out of this dry spell called writer’s block, I now have to make whatever scraps I come up with as nice and as fluffy as possible. I’ve been told that these things are called “Growing Pains”. Honestly, I wonder why I was in such a hurry to grow up. Make up and high heeled shoes are totally not worth the responsibilities that come along with growing up.

Speaking of growing pains, I remember a few years ago my cousin and her husband had a misunderstanding of some sort about his wanting to go clubbing with his mates. Her grouse was that he was now a ‘family man’, settled and grown and as such he really had no business still hopping the clubs with his ‘young’/’unmarried’ friends. According to her, there was a time to settle down and minimize partying. Ah! I immediately thought she really shouldn’t have told me this because I’m one of those people who have a problem with the generalization that marriage confers instant maturity, but I’m not going to get into that. Mnena made me promise to respect the gods of rules/tips and guides and so I’m going to tow the fine line of propriety with that one. Anyway, being the objective in-law, I asked her if the problem was that she felt left out of all the ‘boogey-ing’ because she has a baby. She confirmed that that wasn’t the case but that she felt that ‘there’s a point in your life when you sit to assess your priorities and partying up and down isn’t party of being grown up.’

I wondered about how people complain that their lives are almost monotonous after a while and they have a need to spice things up. So I asked around about whether there was a ‘right time’ to stop going out to bars, lounges and clubs. Is there really a right time to ‘slow down’? I’ve seen couples get dressed together on Friday night to have a fun night out. I’ve also heard some guys saying that there’s a time when you really need to put the “fast life” behind you.

I believe that it’s important to understand your personality vis-a-vis that of the person you’re spending the rest of your life with. I’m the most boring person I know. One time, in my second year at the University, my friend Doyin dragged me out, however, she didn’t notice that I’d slipped a John Grisham novel into my bag. When we got to the place, I didn’t understand why we had to shout to communicate with one another, I didn’t understand why I was being forced to sit up right when I could have been in bed with a warm cup of Milo and delving into the intricate world being spun by one of my favorite writers. So, I went into the bathroom and sat there reading my novel till it was time to go. She never asked me to go anywhere at night after that. Do you get what I mean by personalities?

On the other hand, I think there’s room for compromise and making sacrifices. How much of yourself are you willing to shelve for your partner? In light of the fact that there’s apparently a “right time” for everything, do you think that there’s a “right time” to pack up your dancing shoes?

Do you agree that with marriage comes an automatic end to night life grooving? Or are you one of those people who would say, “hey, being married isn’t the same as being in shackles! I gotta let my hair down!” Would you preclude your partner from attending certain gigs because it’s not befitting of her/his status? Or would you say “Baby! Let’s get this party going.”

Let’s talk about boogey woogey shoogey!
P.S: I think I failed completely in my attempt at fluff! 🙁