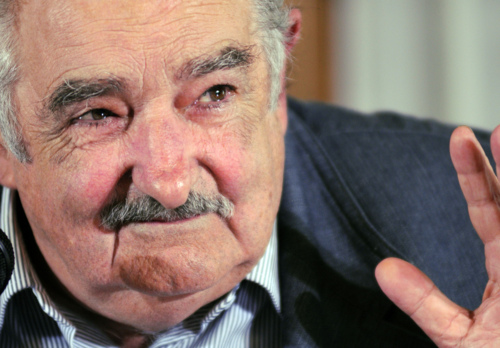 While our Nigerian leaders are being berated for refusing to declare their assets publicly and demanding astronomical pay rise to add to the already exorbitant allowances they receive, the President of Uruguay, José Mujica is getting world wide recognition and respect for donating 90 percent of his earnings to charitable causes.

He has earned what most people would call an enviable reputation as the “poorest,” or the “most generous,” president in the world. His nickname, “el presidente mas pobre” translates to “poorest president”.

He lives in a farmhouse which is under his wife’s name,  Lucía Topolansky, a Senator, who also donates part of her salary.

The 77 year-old who has been Uruguay’s president since March 1, 2010 told El Mundo, “I do fine with that amount; I have to do fine because there are many Uruguayans who live with much less.”

It was also reported that under his stewardship, Uruguay has become known for low levels of corruption. The South American country ranks as the second least corrupt country in Latin America in Transparency International’s global corruption index.

Yahoo News reported that the President has no bank accounts,  no debts, and he enjoys the companionship of his dog, Manuela. When his term is over, the President hopes to rest even more peacefully in his farmhouse, along with his wife and his inseparable dog.

There is something about leading by example. When you do, it becomes easier for other people to follow. 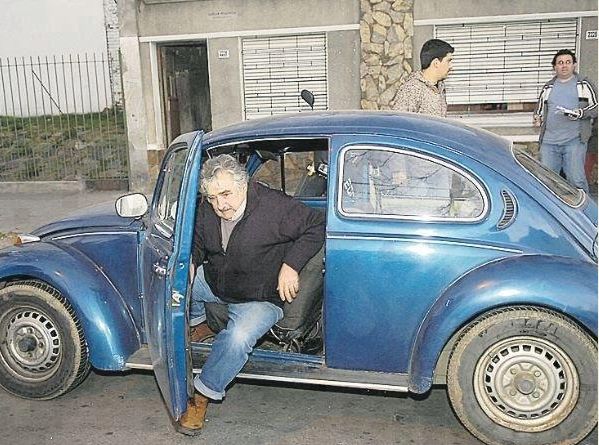