Have You Experienced the "Marriage Shock"? 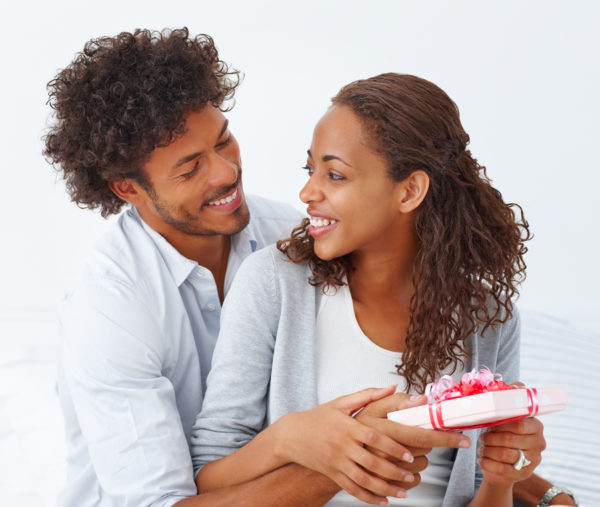 I got a call from a not too close aunt from London on Monday evening; I haven’t heard from her in almost 6 years. She heard I was getting married and she got my number from my mum and called to talk to me about marriage. She’s one of those really nice ladies who just had it rough with marriage. I was expecting her to pull the institution down and all – but no. You should have heard the way she spoke about marriage; you’d think she was in marriage and enjoying it to the fullest. I really appreciated her call and I made a mental note to keep in touch with this beautiful soul.

That being said, my friend *Tejumade came into the country two weeks ago for her intromimo (introduction) and I was her only friend present at the event. She just didn’t want something huge. Her hubby just moved into a bigger apartment and they’re both planning for her to relocate back to the country say January 2014 latest so she stayed at his apartment all through her stay. She called me about 4 days after the event to complain about some ‘shocks’ she had been observing ever since they did their introduction.

I’ll explain what I mean by ‘shocks’. You know hen you travel/relocate to a different country for the first time, there’s something called ‘Culture Shock’ which is a disorientation caused by a change from one environment, culture, ideology etc to another that is radically different or alien. I personally believe ‘Marriage Shock’ exist.

To start with, she feels her hubby is more controlling now and no longer as sweet as before. She says she feels like a scullery maid every time she cooks for him and serves him on the dining table while he’s probably watching soccer or ‘reading the dailies’. The latter almost made me laugh out while she was whining about it.

According to her, he no longer stays with her in the kitchen while she cooks – to which I responded “I see no reason why he should be in the kitchen with you EVERY TIME”. She said she can’t wait to travel back to the States and resume the long distance I-love-you mushy-mushy things. They had dated for about 4 years.

She says her hubby feels he ‘owns’ her already, telling her ‘no decent married woman receives calls from male friends at 11pm.’ I didn’t even know when I started laughing because she was complaining like a kid, even though I felt what she was actually going through somewhat.

Don’t get me wrong, the above she observed aren’t things she sees as bad or ludicrous – they’re just, in her words ‘Nike, you know now, I didn’t see them coming jor wahala yi ti poju o (this trouble is too much o)’.

I know *Tejumade. She’s been my friend for over 16 years and I know she’s a superb drama queen. She can complain for Africa. I told her she was being paranoid and she needs to brace up properly for marriage. Before she hung up, I then told her that yes, I personally observed a ‘few shocks’ after my introduction. I’ll be getting married very soon and I had to throw a big tantrum some weeks ago about my fiancé not being as mushy-mushy as before. He apologized profusely and said we were probably under too much pressure with wedding preparations and all.

Now, I have to run almost everything by him before making any decision (he knows I’ve always been the type who’d make a decision in the morning and just say it in passing much later at night). The ‘we’ thing makes me feel like a disobedient child who is equally selfish. He’s still sweet and kind, but he doesn’t allow me have my way every time unlike before – do you get my point at all?

Here’s my question: Do you believe ‘Marriage Shock’ exists? What were those things that ‘shocked’ you when you initially settled down with your spouse? Did it blow into huge arguments? How did you handle them? Men aren’t left out of this issue – what were those things you found a bit strange in your spouse when you settled down? How were you able to manage those issues?

PS: My good friend *Tejumade knows about this write-up by the way.

And to that person getting married this weekend, may God be with your home. He’ll hold your hands all through and you’ll never walk alone.

“I Will Castrate Him!” Nollywood Star Uche Jombo on Infidelity – A Must Read

Adenike Adewuyi is a 28yr old broadcaster at Splash105.5FM Ibadan. She anchors interview programmes for women and entrepreneurs plus she presents documentaries. She was nominated at the 2012 Future Awards (OAP Radio category) You can follow her on twitter @Omotomilola or visit her blog: www.adenikeadewuyi.blogspot.com