Mavi Mudiaga: Only Liars Shall Be Jailed for 7 Years 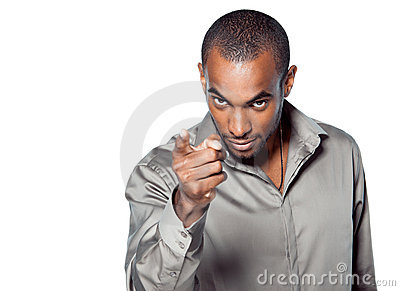 As soon as I saw media reports to the tune of “Senate Proposes 7-Year Jail Term for Social Media Critics,” my first reaction was: “Are you kidding me?!” Several ideas ran through my head, first of which was my right to free speech, opinion, thoughts, etc. all guaranteed by our sacrosanct Nigerian Constitution and several international conventions, to which Nigeria is a signatory, blah blah blah. I put on my lawyer hat and activist armour immediately and was ready to write an article criticising the so-called Bill proposed at the Senate.

However, in about two minutes, I took off my armour and hat, sighed in relief and shook my head. Why? After reading the first report I stumbled on, I realised I was a victim of sensational journalism- typical of Nigerian media and surprisingly, BBC Africa. Such reports are misleading and misconceived and should be discouraged.

For the sake of clarity and precision, Section 13 (3) of the Bill apparently proposes that:

“Anyone who intentionally propagates false information that could threaten the security of the country or that is capable of inciting the general public against the government through electronic message shall be guilty of an offense and upon conviction shall be sentenced to seven years imprisonment or N5 million (fine)” (underlining supplied).

First, there is no specific mention of “social media critics”- the provision says “anyone” who uses “electronic message”. Therefore, you do not have to be on Twitter, Facebook, Instagram, LinkedIn, etc., before you would qualify to be a potential criminal, if this Bill is passed into law. Sending a simple text message, BBM, Whatsapp message, Skype, etc. would fall under the category of “electronic message”. Further, the Nigerian National Assembly would be careful enough not to expressly mention a specific class of people (social media critics) so that the legislation would not be criticised as discriminatory and possibly unconstitutional.

Second, before a person would be found guilty of the proposed offence, s/he must have intentionally propagated false information. This simply means you are a criminal only if the information you have published/shared is FALSE. Technically, this could also cover bloggers and others who publish a “fact” and provide opportunity for people to comment, in circumstances where the comments published are false, and such false comments “could threaten the security of the country or [are] capable of inciting the general public against the government.”

The reason the original publishers of the “fact” could be jointly/severally criminally responsible for the false comments of their readers is the potential implication of the use of the word “propagate” as opposed to words like “publish” or “share”. “Propagation” has meanings such as “to multiply/breed”; “to cause to extend to a broader area or larger number”; “to make widely known”; “to spread and promote (an idea, theory, etc.) widely”, etc. Thus, whoever is in control of the approved threads of comments with false information, which have the effect stated in the legislation, could also be found criminally liable as a result of the propagation, or even under Section 7 of the Criminal Code, even if the initial “post” was true.

Third, it is important to exercise caution- there is a clear difference between critiquing and lying (disseminating false information). This is a clear case of black and white- there is no blur! A critique is a detailed evaluation/ analysis and assessment of something. A critique can be done without lying or providing false information. Therefore, if you are a critic (via social media or other electronic means), there is no crime; on the other hand, if you lie and your lie has the potential to threaten the security of the country or is capable of inciting the general public against the government, you SHALL go to jail or pay the fine.

In my opinion, this proposed provision should be welcomed with open arms. This would make everybody cautious of the messages and information they spread via electronic means. In Nigeria, almost every person is an activist, always eager to jump on a bandwagon, even without being adequately educated on the cause being fought. For example, #ChildNotBride campaign- though it was for a good cause, its foundation was grossly misconceived and some influential Nigerians (to my disappointment) openly attacked “the proposed law” to legalise child marriage. E.g. an n influential Nigerian “spat fire” in a widely-circulated video after apparently seeing the “videos” and “reports” of such law being proposed- that was false information (as no such law was proposed), capable of inciting the general public against the government. For a contrast and a real critique, see Maryam Uwais’ article. A critic’s opinion can be expressed with passion, drama and zeal absent false information.

Moreover, as a friend rightly pointed out, the crime being proposed is akin to the crime of sedition, which already exists in Nigeria and commands a lesser penalty (about 2/3 years imprisonment). But the law being proposed is specifically with regard to electronic messages, has wider reach and includes false information that could threaten national security.

In a nutshell, the reports being circulated about the proposed law are sensational at best, and have the capacity to mislead the public. The proposed provision applies to any and every person who communicates electronically, not just social media users/critics. Further, if the bill is passed into law, only those who propagate false information may be liable to criminal punishment. An honest critic/commentator/e-messenger has no cause to worry or complain about the proposed law.