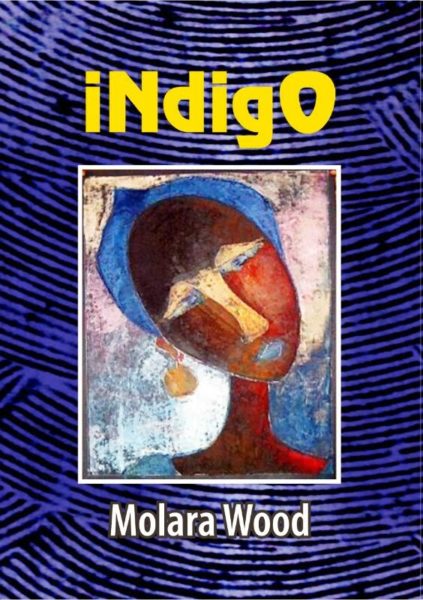 To my surprise, upon opening the cover of this book, I “discovered” that it was a collection of short stories. I have never been a big fan of short stories (with the exception of Uwem Akpan’s Say You’re One of Them) as more often than not, I find the stories disjointed with no central theme or themes. This book was no different.

The book begins with the titular story Indigo, about Idera who has been called barren by strangers because of her decision not to have children in her early years of marriage. This particular story starts off promising but takes a strange, mystical turn as it is implied that she is infertile and thus should heed to the advice of some babalawo her aunt has dragged her to meet.

I had assumed that Indigo would look into a woman’s choice not to have children or at least science based infertility issues. However, we end up with a story of a woman who is given a child by some spirit at the Indigo River and whose husband, despite agreeing to her suggestion presumably made before their marriage, says that he had always been bothered about her (Idera’s) decision not to have children. The story finally ends with good news about a pregnancy which is confirmed six weeks after bathing in the Indigo River. As an aside, I wonder if Ms. Wood understands the consequences of this, because as Yoruba movie aficionado, I can assure you that these spirit kids never end up well. At least that is what the movies say.

Soon after, we are introduced to Sariatu in Gani’s Fall who subserviently accepts another wife into her husband’s house after failing to provide him with a male heir. Sariatu, however, appears to redeem herself through her small acts of defiance – such as pinning down her husband as he was beaten by the second wife, Clara, and refusing to go to his bed after he has been shown pepper by Clara. This story reads to me as a representation of two forms of feminism. The more passive, traditional version represented by Sariatu and the modern, vibrant version represented by Clara and how these two versions not just tolerate but accept each other to achieve a united front against the patriarchy represented by Gani.

We continue with a number of, dare I say, weak female characters such as Iriola of Kelemo’s Woman whose sole contribution to the men in her life seems to be that of the ordinary bedmate and Emily Adambo Segall, a supporting (and quite dead, literally) character in the story In Time of Job.

I would say that Emily typifies the average Nigerian woman. She is the type of woman that would cling to a man, any man, for some sort of identity. The woman who would, when informed that her daughter is being sexually abused by her husband, turn to the girl to give her the beating of her life – while calling her a prostitute. I believe that this story implies that the greatest failures of women who are dependent on men for their identities are lost children. Her daughter goes into professional prostitution in Italy; (it is hinted that she was already a prostitute in training) while her son, apart from being an unemployed university dropout involved in cult activities is also a murderer. He exacts his murderous revenge on his step father Job at the age of 15 or thereabouts. Emily is not spared judgment as she is sentenced to 20 years of depression in the UK. Of course while married to yet another man.

Some of the other stories also left me a bit confused. In Smoking Bamboo we have a village full of women and one man as all the men had left to fight some war and never returned. These villagers have no contact with the outside world and have never felt bright sunshine as they live in a gorge. A young woman, Angelina, comes around to build and subsequently shatter the world of the village and in particular, that of Amugbo, her lover. In Leaving Oxford Street and The Last Bus Stop, the character Folake, with her UK Right of Abode, that we have been introduced to in the former is suddenly called “Sade” in the latter. Nonetheless, Leaving Oxford Street was an interesting insight into the minds Londoners and Nigerians desperate for foreign citizenships.

I, however, think the beauty in Ms. Wood’s writing shines in her really, really short stories. A Small Miracle, Girl on the Wall and Fear Hill are particularly brilliant. Trial by Water was equal parts hilarious and very sad. Mrs. Falode is also quite an interesting character in the story The Scarcity of Common Goods. The story manages to tackle mental illness and infidelity in a few pages.

Reading Molara Wood’s Indigo (a collection of short stories) left me with a myriad of feelings, primarily, a feeling of disenchantment. The book was not filled with as much promise as I had been led to believe given that it had 17 short stories with which to convince me otherwise.

The novel was bought for N1500 at a book seller’s store in Freedom Park, Lagos Island during the Lagos Theatre Festival.

Atoke’s Monday Morning Banter: I’d Like to Spend a Night in An Igloo

Damisola is a feminist and an unrepentant arguer. She is also a top-notch infrastructure lawyer in the making and is a lover of (good) Nigerian fiction.