BN Prose: Crack in the Glass by Atoke 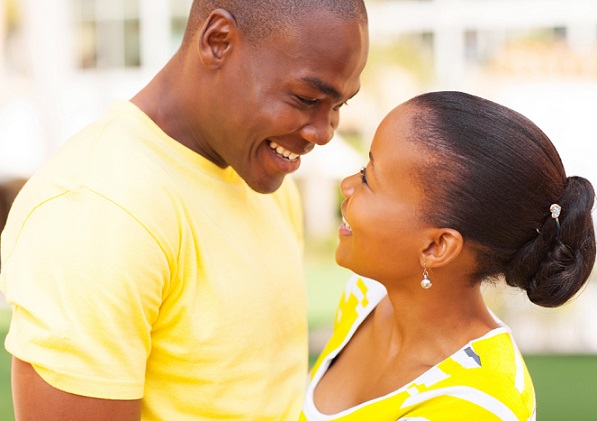 Perfect. He was the personification of perfection- well buffed nails; carefully laid out, colour-coded wardrobe; impeccable table manners and etiquette.
Many times Fola would look at her husband and ask herself how she found Adam, and even more baffling was the subject of why he had asked to spend the rest of his life with her.
Her friends described her look as ‘The Glow of Basking Under Perfection’. She bit her lip every time she felt the urge to mention how burdensome it was living with Jesus.

“Baby, you forgot to hang your towel on the rack when you finished your soak. I’ve done it now”
She gritted her teeth. Maybe she wanted to leave the damn towel on the floor. Had he stopped to think about that?

Even his lovemaking was perfect – “Let me know if you need me to stop. Oh does it hurt? Ok, I’ll be gentle”. No you muppet. Fuck me hard dammit!
When their daughter came, Adam spent the first few hours of her life inspecting her toes and digits. “Oh look, Fola. She’s got an inverted navel. She must have gotten that from my Grandmother. Oh well. It only means she won’t be able to wear crop tops“. He smiled at her, and when she didn’t smile back, he walked over to her bed side and rubbed her hands in a sweet avuncular way, “You’re still clearly distressed from the delivery. Do you need something?”
The words formed in her head – ‘Yes, I need you to stop talking about our new daughter’s inverted navel as if that’s what defines her’; instead she said “Sweetie, can you get me some water? I’m terribly parched”.

Three weeks after they got home from the hospital, Adam was the doting father and husband. Sometimes, Fola felt he would run himself ragged from trying to make sure everything was perfect. He would change the baby’s diaper the minute he felt it was soiled, rock her if she so much as whimpered in her cot. It was exhausting to watch and it made Fola wonder if she was such a terrible mother.

She said as much to her sister when she called to catch up. “God! He never does anything wrong.”

“Many people would kill for what you have, you know?”
“I know” Fola said, as she randomly tore bits of kitchen paper on the floor, looking for some sense of distortion any way she could get it.

“Anyway, I can’t wait to see you two at the dedication tomorrow.”

Fola rang off the phone, and went into their room to see what Adam was up to. She caught a reflection of herself in the mirror. There was a long crack that ran from one end of the mirror to the other. But she loved it. It was the one thing she’d fought vehemently to keep. Adam had bought a replacement mirror because he just couldn’t bear to see his reflection so terribly marred. She didn’t mind. She saw her hair, tousled from having no brush run through it in a couple of days. Her post-baby bulge did nothing for her previously perfect body form, but she didn’t care. Someone had described her face as having the unique structures of a Kenyan, with the skin tone of an Ethiopian – it was a scout from her days as a public relations consultant. He wondered why her job was getting publicity for models when she could have made a career in modelling.

By the time she woke up the following morning, Adam had laid out what he thought they should wear for the dedication – A white skirt suit for her, a white Kaftan for him and a little white dress for baby Dara. As she got ready for the service, she made a mental note that everything had been arranged. It was going to be another perfect day in their perfect life.

At 8.48 am she picked up the house keys and watched as her husband pushed the baby in her stroller towards the driveway. Holding the baby bag in one hand and the handle of the stroller in another, he struggled to open the back door of the car.
“Hold on a second, when I lock the door I’ll come and carry her.”

He frowned at her, “We’ll be late. We can’t afford to be late to our baby’s dedication.”
Ah! She had promised to give her sister a copy of Kite Runner at church. She remembered she had left it on the table in the living room, so she ran inside to get it. Pearls. The pearls, mummy had loaned her for the naming ceremony. Those too. She had to get them. Opportunities to have family in one spot were rare.

As she scurried into her room, she heard it – the loud screech of wheels from a vehicle and Adam howling in agony. Then silence.

She sped out to the front yard, her pounding heart deafening. The clatter of the book and the jewelry case filled the air – shattering the silence from the horror of seeing her baby, mangled beneath a truck.

Her perfect husband had refused to hit the brakes of the stroller; and away it had rolled.

Related Topics:AtokeBN Prose
Up Next

Chimamanda Ngozi Adichie gets Candid on Wanting to be Addressed as Ms., Feminism & the Beauty of Igbo Language