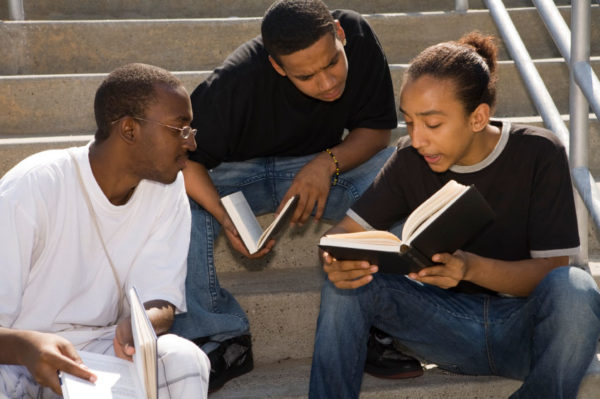 It recently came to my attention that History has been taken off the curriculum for secondary schools in Nigeria. The reason: only very few students offer the subject, making it a waste of resources.
I did not ‘offer’ History in secondary school, even though I was an arts student and I could, maybe even should, have. But at least I had the option. Oddly enough, it seems that our government takes it upon itself to take away our options. Weeks ago the Nigerian government introduced a 62.5% tariff on imported printed books, breaking a 50-year UNESCO agreement and making life unbearable for Nigerian publishers and booksellers – like the business isn’t hard enough as it is.

So History has been taken off the Nigerian secondary school curriculum, and it barely even made news. (And how would it, when we have fuel scarcity, Boko Haram and a National Conference to occupy our minds?) I myself heard about it in passing.

Still, here’s what I think this means for us.
I think this means that in a country where so many of us, even the fairly well-educated, do not know our history or our heritage, where we came from and how we got to where we are, this ignorance will continue and thrive. We don’t preserve or document anything here, so in the next fifty or so years when our grandmothers and fathers have died with their knowledge, we will pass on our ignorance and empty spaces to our children. In two hundred years we will not know who we are – but that’s okay, Europe and America will tell us.

I think this means that when, as it has happened before and is still happening, the same people who have brought Nigeria to her knees come and tell us why they should lead us, we will lend them our ears. We will let them take what they want. Everyone knows we have a short memory; it’s the reason we’re the happiest nation on earth.

I think this means that certain industries, like arts and tourism, that thrive on a history well documented and exploited, will suffer more than they already are now. I recently returned from a trip to Badagry and Olumo Rock, and I kept thinking as I saw the sights and followed paths that had been walked centuries ago, this place could be so much better; we could do so much more with all this history. But how can we invite the world to come see us and learn about us when we do not even know ourselves?

I think this means that Nigerians are in danger of losing a real sense of ownership of this country, and one could say that we have already. Being rooted in who we are and where we came from could give us a collective responsibility that many Nigerians lack. But we are not invested or interested; we all just want to get ours. You could argue that it’s not our fault; that this is what Nigeria has made of us. You could, but what about the few who manage to be different; what did Nigeria make of them?

What’s the solution? If there is one I don’t know of it. Yesterday I might have said why not make History a compulsory subject, or invest in trying to get students to see its value. But, of course, that’s not the quick, cost-effective solution. I was having a conversation with someone on this and he said, ‘The history they were teaching us in school was rubbish anyway. How can they say Mungo Park discovered the same River Niger that my forefathers had been using for generations?’

And this is a stellar point.
The answer: don’t revise the History curriculum to favour truth; that’s too much work. Just take it off the curriculum, see if anyone even notices.

BN Making It!: Starting From the Great British Sewing Bee, Chinelo Bally Is Taking Great Strides One Stitch at a Time