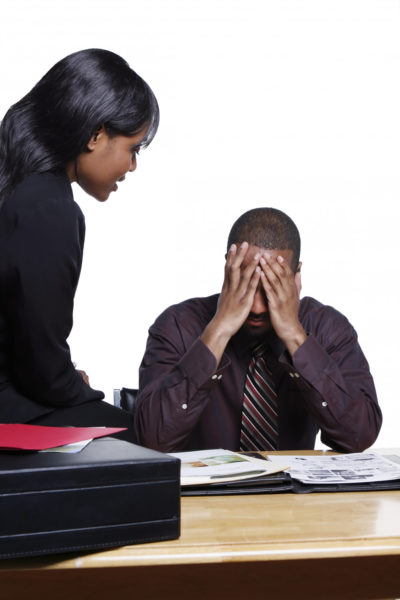 Writing Monday Morning Banter used to be a lot of fun for me. It was light and easy; I didn’t have to worry about depth or pseudo-intellectuality. Just keep it simple, and you’d be fine. However, two years later, I’ve found myself asking questions about purpose and essence. So ,I’m caught in this place of keeping it light, and trying to pass a message across – leaving a mark with one person . Now, it’s about that domino effect.

I ask myself questions about the effect of what people read on my column in relation to lifestyle and cultural change. How are we shifting the dynamics of what we know to be ‘norm’ and how are we making things better? If we’re to be a part of the change we want to see in Nigeria, Africa, or Black people in general… how much are we doing to open our minds to the ideas for change and impact?

What are those tiny things which we do as rote? Why do we do them? Have we ever asked why we do what we do? If we try to do these things differently, will we be better people?

One of such things is the idea of sending subordinates on errands. Earlier on this year, someone on the TalkNaija WhatsApp group told us about how she was in such a hurry to get to work that she forgot her shoes. Luckily she had a spare pair in the car so she asked her house officer to go get her shoes from the car. Then, I asked why she couldn’t get her own shoes? If she absolutely had to send someone, then why didn’t she send someone whose job description included running domestic errands? She retorted that as the house officer’s boss, she could send him/her on any errand. She further cited the hippocratic oath, stating that it was part of the subordinate’s job to ensure the boss could perform effectively.

As I am not a doctor, I do not know the nuances of the profession; however, I have been on the receiving end of being sent on all forms of errands by virtue of being the youngest person in the room.

A lot of people say that being the last child comes with a lot of perks. There’s a belief that the last child is spoiled rotten, and doesn’t have to experience the strict regime of the parents. {We explored the different things associated with a child within a family here}. Nobody talks about the fact that you’re an automatic subordinate and therefore subject to being sent around. When I was younger, my cousin Abemu specialised in the art of SENDING! On days when she was at home, we (the younger children) found creative ways to make ourselves scarce! She fancied herself as a clean freak, so on Saturdays she would sit down and start ordering the minions. “Clean the window sill”/”Did you get that space behind the TV?”/”If I look at that glass, will my teeth sparkle?” At the end of the day, she would complain of extreme tiredness! Ahn ahn! Sister, tiredness from sending your younger relatives on errands?

As Nigerians, the ability to boss other people around is one of the perks of seniority. From secondary school, you’re anxious to become a senior so that you can mete the evil done to you (by seniors) on junior students. {Remember ‘Senior Pangolo’?} There’s that sense of entitlement that comes with a position of authority. It’s one of the reasons why a lot of students are terribly unhappy when they’re transferred to another school just as they’re about to attain the ‘Senior’ status.

In all of this, we find this attitude spilling over into adulthood. But it begs the question of how we’re fostering a culture of laziness. Or is it simply our culture – you’re older/in a position of authority and as such every other person beneath you is available to do your bidding. It can also be argued that delegation of duty is an important part of people management. Some people argue that they need to delegate to subordinates to effectively manage time resources.

So if I’m on a conference call with clients, then it makes sense to ask my staff to buy me mobile top-up for my phone. Or if I’m about to perform important surgeries, it’s more effective to send my house officer to bring my shoes from the car.

Where do we draw the line between delegation and just taking advantage? Do we have this innate culture of ‘this is how it was done to me, and I must do it to people coming after me’?

I know a lot of people who have said one of the reasons they don’t like living abroad is the fact that they don’t have help with domestic activities. In Nigeria, there’s the acceptable culture of servitude. “Your boss is coming, rush and carry the encyclopaedia he’s holding, because he’s going to pull a palm muscle if he holds his own book”. Are we subconsciously continuing a culture of laziness?

What do you guys think? Is this OUR WAY and we should deal with it? Is this a form of delegation? Should people start doing things by themselves or are some questions best left unasked?

Have a fantastic week ahead. Remember to eat healthy, exude joy from within and impact positivity to people around you.