Ugo Chinakwe: Filling Your Child's Bucket of Self Esteem 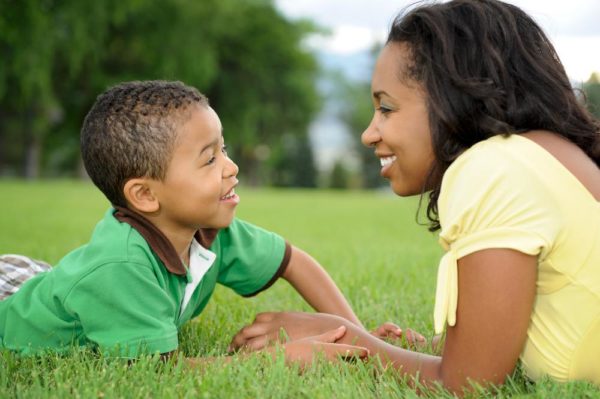 My cousin’s display message on her BlackBerry on Saturday morning read “parents need to fill a child’s bucket of self-esteem so high that the rest of the world can’t poke enough holes to drain it dry” . That message got me thinking. I called her and we had a lengthy conversation about people who have a strong sense of self and those who don’t. We also talked about kids we knew and how they fared in life because of how they were treated at home.

Just recently my aunt was at a wedding table with her son and an in-law who was even younger than her son. She was asked to go and re-park her car. She didn’t have enough faith in her son’s ability to drive , instead she asked the in-law to help re-park. Another line from Dorothy Nolte’s write up says that if a child lives with encouragement they learn confidence. My aunt by that act and many others failed woefully in that area. The son who wasn’t allowed to re-park his mother’s car can drive and is almost 30 years. Her two kids have very little confidence and have low paying jobs. Can you see the connection?

I remember when Ebuka Obi-Uchendu was on Big Brother. It was one of the eviction shows and his elder sister came. I don’t know how big brother works now but then relatives of housemates who were up for eviction used to come for it and they were often times given a microphone to address the crowd. So the presenter asks her if she thinks Ebuka will win. His sister very calmly said, Ebuka is a winner whether or not he wins big brother. So you can imagine the amount of self esteem his “bucket” was filled with. Not to toot Ebuka’s horn or flatter him, but years after his sister’s declaration he is still a winner . You can deduce from what his sister said that theirs was a home where their mother had enough confidence in her son’s ability to re-park her car if the situation arose.

My organization hires graduates as sales reps and we pay them less than other staff. I have been on the interview panel and some people have walked into these interviews and even from their carriage I know they won’t settle for such an arrangement because from home they have a strong sense of self.

People can do so much more if they are told who they are and know it. The world will always put you down and life will throw situations at you that will make you second guess yourself. Women face abuse and take all sorts from men just because they weren’t told enough that they deserve better. It’s therefore important that the child’s self worth and value system is so indoctrinated in them that 30,40 ,50 years own nothing can tell them any different.

As they say charity and all else begins at home.

Let me leave you with the words of Dorothy Nolte

Vincent Enyeama is Good with His Hands … in The Kitchen

I was born Ugo Oragwu exactly 34 years ago. I have two very cute boys aged almost 3 and almost 6 months. I have a sister who I strongly believe is my guardian angel in human form. I speak to her almost daily and feel her impact in my life even though we live in different cities. I presently work in the pensions industry. Moved to the Uk at 27 to seek my fortune, never found it there so moved back after a 3 year stay. I believe in God and have a relationship with him