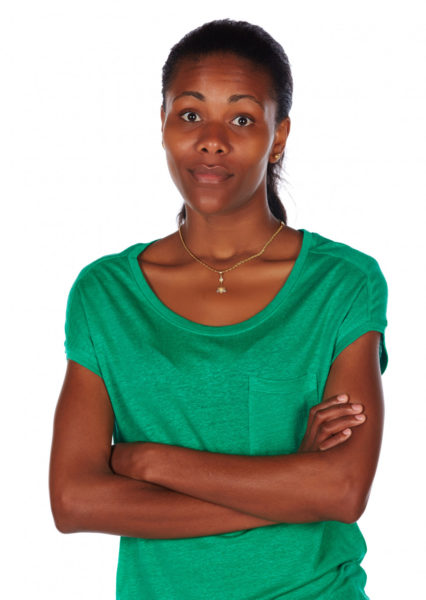 I got into a conversation with an older woman and she mentioned that she wanted her son to live with a woman before he got married. She emphasized how she wanted him to be sure of his choice – implying trial and error with different girls will make him certain of his choice of a life partner. During the same conversation she mentioned she wanted her daughter to get married as a virgin. She talked about how honorable it is for a woman to enter a marital union ‘intact’.

So then I said to myself ‘sleeping and living with different women is a process of decision-making for your son, but your daughter has to make the same decision by not sleeping and living with different men’. These are the questions that followed in my mind: Who are the unfortunate women that your son will be allowed to sample? What makes them of lower value than your daughter? And why is the same choice of a life partner for your children to be done through different ways…solely because of gender?

Now this is not the first time I’ve heard this ‘double standard’ requirement for the male and female gender which is predominantly common in our African culture. But this time it was said by the same person, in the same breath, and at the same time.

I remember when I was younger; I would hear young girls say things like ‘I want a man with sexual experience ‘and ‘I want to save myself for marriage’ or my favorite ‘I want a man that knows what he is doing’ but still maintain its honorable to be married as a virgin. Who are the women we expect the men to sample from?

So here comes Mr. Phil: The man who believes it’s a show of manhood to pursue women and lure them to his bed without intentions of long-term commitment. Mr. Phil is a playboy and sows his wild oats, but should automatically change and become faithful when he meets the ‘right woman’ and says ‘I do’.

We often forget that miracles don’t happen at the altar. Messed up single people become messed up married people; a cheating single man would be a cheating married man. The cliché of forgetting all other women and clinging to one is not a miracle that marriage works.

We make Mr. Phil the reason we fight each other and equate femininity to being able to win his affection. Mr. Phil is comfortable making women sexual objects because majority of us have said ‘that’s what men do’.

We say ‘a man can love you and still cheat on you’ and feel bad when we catch his eyes wandering. When did we become so confused? And what actually nurtures this lunacy? Yes, MR PHILANDERER is this man and where did he come from?

Sadly, we contributed significantly to his existence. Yes, you and me! Women have a hand in how these men turn out and we are complaining. How many times have you heard in diverse ways forgive the cheating men and chase away the cheating woman? How many times have we given unfaithful men a pass and directly or indirectly pushed them in a wrong direction to express manhood? Whether as mothers preaching celibacy to our daughters alone: either by omission or commission telling our sons the opposite; or as sisters somehow encouraging our brothers to date more than one person at a time; or by not saying anything about it when they do; or as girlfriends dating, someone who we know is seeing or talking to other women … and whatever excuses we make for these actions. Sometimes it by being the ‘runs girl’, ‘fast-food chick’, ‘aristo’ and this list goes on. Or is it when we tell our children that seeing their father sleeping with other women while being married is ‘normal’ and women are to ‘endure’?

We have wronged each other! We have to change these attitudes and behaviors. I’m tired of watching music videos and movies where a ‘successful’ man is shown celebrating with a bottle of expensive wine and a few naked women beside him, flaunting their bodies and then we turn around and say ‘behind every great man, there is a great woman’. Think about those two pictures again! How can we complain about how certain men treat women and still say it’s acceptable? When Mr. Phil has another casual sexual relationship and hurts who he is committed to, another woman is in that picture and this is only a ripple effect of all the women that has been in his life.

I am fully aware that not all men are this way and not all women think this way. But there are many people who consciously and unconsciously encourage this. Men and women should be required to be faithful in every form of relationship. When you see your brother double dating, don’t ignore him. When you preach fidelity to your daughters, do same to your sons, when your husband is found being unfaithful, don’t tell your children ‘it’s normal’. In this case of philandering we are all equally guilty if we don’t change our attitudes especially the subtle ones. Mr. Phil exists because of you and me, and if we don’t stop our contributions to molding him, he won’t stop existing.

Ehi Ade Mabo: Before You Yield To Societal Pressure…