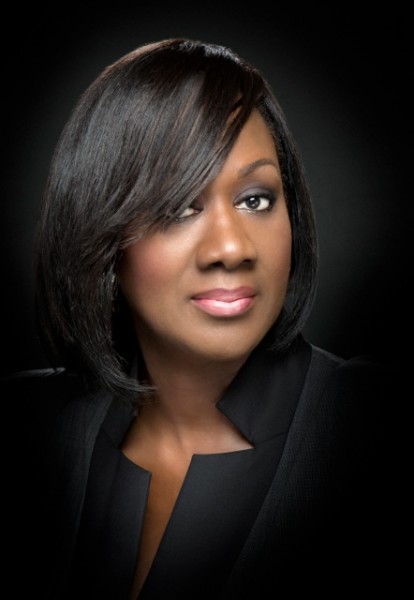 Politics, in Nigeria, has always been ‘gender imbalanced’. As the years go by, Nigeria continues to have fewer women in positions of power. By 2019,  the proportion of seats held by women in national parliaments (%) in Nigeria was 3.38. Its highest value over the past 19 years was 7.00 in 2010, while its lowest value was 3.38 in 2019. Rather than seeing improvement in women’s political involvement, it is glaring that the relegation of women, politically, is steadily on the rise.

One of the reasons is marriage – the institution highly revered by the Nigerian society.

In Nigeria, it is believed that a married woman ought to adopt almost everything that belongs to her husband. From his name to his home, his ideologies, his religion, belief system, and even his state of origin. This means that if a woman from Imo marries a man from Sokoto, people expect her to start claiming Sokoto as her state – because that is where her husband comes from and a wife is meant to leave her ‘identity’ and adopt that of her husband’s. At the same time, she is still from Imo because that is where her father comes from and there are certain things that cannot be stripped of a human, even after marriage.

The answer is simple. Politics.

When it comes to political assignments (and a lot of workplaces in Nigeria) all sorts of reasons why women shouldn’t be voted in or assigned leadership positions pop up “Women are too emotional, they are not logical”, “women are not built to lead” “women will give birth and get distracted by the family” are few of the reasons people give. But as the country progresses – or declines, people have realized that the gender that is presumably logical, built to lead, or un- distracted by the family has done a very poor job of ruling the country.

What does the society say?

A woman is believed to belong to her husband. She leaves everything about herself and adopts everything about her husband. There’s a “now that you’ve left our house, you’re not really a part of us anymore” when a woman gets married to a man. Her complete identity is now being attached to her husband. This means that if an Igbo woman marries a Hausa man, her name will (most likely) change from Slyvia Uchendu to Slyvia Gusau. She will become ‘Mrs. Gusau’ and be known as that throughout her life. If the man lives in Sokoto, she will be expected to live there, mingle with his people – extended family, neighbours etc, and (probably) learn his language. Her life tilts more towards the North and less towards the East. When she dies, she is buried in Sokoto, among her husband’s people – who have become her own people.

It is different if her husband did not pay the dowry before they started living together. In this case, the woman does not belong to the man’s people, and when she dies, she is brought back home – to her own family, her own land. In many cases, if the wife dies before her dowry is paid, the man is forced to marry her dead body before he is allowed to leave with her corpse or carry out the burial rites.

Once the dowry is paid, she automatically belongs to her husband and his people. She is welcomed into his home and is now a part of his family – until and even in death.

So if she now belongs to her husband’s people, why can’t she enjoy the dividends of leaving her identity behind and adopting a new one? If an Igbo woman adopts a Hausa man’s name, becomes part of his culture, cultivates and harvests in his land, contributes to his society, learns his language, why can’t she be given a political appointment in Hausa land? If an Ondo woman is married to an Ijebu man and she leaves Ondo to become a part of the Ijebu family, adopts the Ijebu name and lives the rest of her life as a part of the Ijebu family, why can’t she be given a political appointment in Ijebu? Why can’t a Yoruba woman, who is married to an Igbo man, has been a part of the Igbo society for years and has poured so much of herself into the Igbo society, be given a political position in Igbo land?

When it comes to political appointments, women are being tossed about. Representatives from both states suddenly start to deny the woman. People from her state of origin will say “you’re married to a Sokoto man, go and meet your people.” Then people from the state she is married to will say “you are originally from Imo, go back to your people”. When it comes to benefiting from a woman’s labour and goodwill, it is ‘our wife’, but when it comes to giving women their dues and creating opportunities for them where it matters, it becomes ‘go back to your people’. These are societal hypocrisy and anomalies that need to be addressed.

What does the Nigerian constitution say?

In May 2019, the House of Representatives passed a bill that enables married Nigerian women to choose their state of origin. The bill gives married women the option of choosing the indigeneship of either their father or husband. The bill is to “amend the Federal Character Commission (Establishment, etc) Act, 2010, Laws of the Federation of Nigeria, Cap F7 to give married women the option of indigeneship and for related matters”.

Prior to this amendment, married women were considered indigenes of their husband’s state but the amended section 2 now provides that “a married woman shall have the option to lay claim to her State or Local Government of origin for the purpose of implementation of the Federal Character formulae at the National level or State as the case may be”.

Recently, the nomination of Nimi Akinkugbe as an ambassador for Ondo State stirred a lot of controversy. The Chairman of Ondo Youth Coalition, Ademairo Emmanuel, claimed that Nimi was not an Ondo indigene and should not be given a political slot because Ondo “has a lot of prominent sons and daughters that can take up that role”. He also finds it insulting that Nimi has been chosen when “we have people that can represent this state well in national affairs”.

But Nimi Akinkugbe is well within her rights, constitutionally, to accept political positions in Ondo state. Not only is she married to an Ondo man and has lived in the SouthWest way more than she has lived in Rivers, but she is very qualified to occupy such position.

The opposition to Nimi’s appointment is also deeply rooted in tribalism. A plague that continues to infest and eat up Nigeria’s political arena. In a country where, culturally, women are expected to claim their husband’s state of origin, it is amusing that Ondo people are suddenly claiming that she isn’t one of them.

To be a progressive society, we must learn to be more inclusive and stop trying to stunt women’s career and political growth.

What is the way forward?

The law is clear. A woman can choose to claim her husband’s state of origin or her own state of origin and Nimi Akinkugbe is well within her rights to accept the political offer. Case closed. All other opinions are okoto meow meow. You cannot be claiming ‘our wife’ and then deprive women of their political rights.

As it stands, a married woman in Nigeria is free to choose her state of origin or her husband’s. That is the law and it stands.