Yewande Adeleke: We Are Tired of Women Constantly Living in Fear of Being Raped & Killed 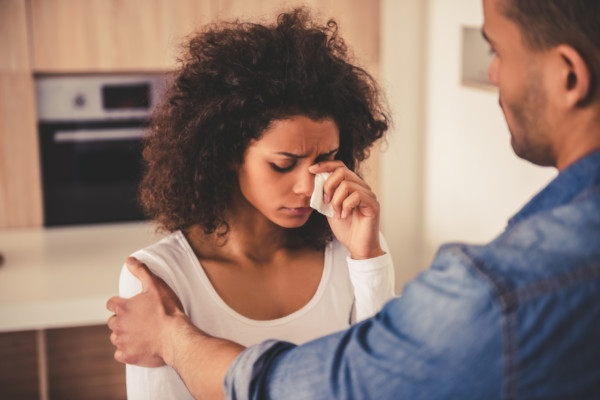 Women in Nigeria are experiencing numerous challenges which may have become a threat to their existence. Amongst these challenges are insecurity, inequality and cultural predominance. In this age of women empowerment, advocacy and enlightenment, it is hard to accept that some women are still suffering from the worst forms of insecurity, gender disparity, discrimination and oppression.

In the past few weeks, three women were killed – two were raped and murdered, while the third was a victim of a gunshot wound from a trigger-happy policeman who cut her life short. These killings have touched a nerve and the country has witnessed huge public outcry and heavy condemnations of these unfortunate incidents. Indeed, the brutal deaths of these promising young women have once again brought to light the many issues confronting women in Nigeria.

At this time when the nation mourns, Nigerian women are faced with endless questions on whether they will ever be allowed to live to their full potentials amidst many systemic shackles holding them back. In a country where women constitute over forty-nine percent of its population, it would appear the female gender is constantly racing on the thin line between life and death.

For years, women and girls in Nigeria have been daily targets of physical and psychological attacks. The question of whether there will ever be adequate protection of the womenfolk is one which seems unanswerable because it remains a troubling issue which only seems to get worse.

With the daily reports of rape, sexual violence, sexual harassment and trafficking of Nigerian women and girls, it seems as though women are now endangered species, especially in this part of the world. In Nigeria, the girl child is constantly at the risk of being kidnapped, raped, robbed, harmed, being sporadically shot or murdered. In light of recent events, one can conclude that it is now dangerous to be female and Nigerian.

Cultural predominance is another major factor that hinders a large number of women from achieving greater accomplishments. It appears that the burden of societal expectations have become increasingly heavy for women to bear, especially in a male-dominated society. “Little or no decision-making capacity” and “cradle-to-grave submission” are words which can properly describe what is expected from the average Nigerian woman. From these words, one can depict that the importance of women is being diminished on a daily basis, especially to the point of irrelevance.

By subjugating women, some African traditions are conveniently ignoring basic human right values, such as respect and equal treatment of all humans. This seems to be the case with Nigeria and it is doubtful whether anything more can be expected of an unapologetically patriarchal society where most women are treated as second class citizens.

Nigerian women are consistently facing the harsh realities of a culturally ingrained society where matters concerning women are treated trivially and with seeming insignificance. What more can be said of a country where women are forced to plead for respect, value and recognition of their basic human rights?

In fact, the mental health of most Nigeria women has been affected to a point where they live in constant fear of victimization and huge backlash if they speak about their daily travails. While some women live in the shadow of their oppressors, others who spoke out were taunted by the public and in full glare of their oppressors.

In a country where the needs of women are mostly treated secondarily, the level of exposure and education of each woman may not count. Such reasoning could be linked to the notion of gender disparity that women are the weaker sex and subordinates. Positions of power are also reflective of this mentality due to the inadequate representation of women, especially in areas where they can be instrumental in making policy decisions. The gross underrepresentation of women at national, state and local levels of governance in Nigeria is enough case study.

A report by Oxfam International revealed that women in Nigeria are five percent less likely to own lands or have a decent education, in comparison to men. Another study also highlights that there are twice as many women living below the poverty line, in contrast to majority of their male counterparts.

Asides positions of power, the issue of domestic violence remains existent and for some women, these issues may have degenerated to a point where they are stuck with their abusers. Societal dictates and the fear of stigmatization may be contributing factors preventing them from revealing their gory experiences in the hands of abusers. A recent report shows that only a shockingly low number of women who suffered domestic abuse sought to get help.

Barbaric customs such as Female Genital Mutilation and child-bride marriage are still in practice, especially in Northern Nigeria. In most cases of forced under-aged marriage, the young girls who have been married off may find it difficult to adjust to their new adult responsibilities. For others, any hope of fulfilling their future ambition is dashed after marriage.

The vulnerable women are also not left out as they navigate their ways through the difficulties of subservience and servitude. Women who reside in refugee camps, prisons, displacements camps and migrant women may suffer more from the pangs of societal constraints and social conditions which daily limit them.

While the role of men remains vital and essential in today’s society, the rights of women should not be undermined to the extent of irrelevance. Unlawful killings, torture, enforced disappearances and captivity are one reality too many. The kidnap of the Chibok girls and captivity of Leah Shuaibu are few examples of female oppression and captivity in Nigeria.

Consequently, in any nation where inequality and insecurity thrive, societal advancement may be difficult. In the case of a developing country like Nigeria, every form of subjugation and insecurity trailing women must be addressed, because whether you’re a man or woman, everyone is entitled to the full protection and promotion of their rights as human beings.

For Many Impoverished Nigerians The Lockdown Guidelines Are Death Sentences

Muna Onuzo-Iyanam – The Startup Doctor – is Our #BellaNaijaWCW this Week!

Yewande is a lawyer who specializes in international human rights law. She hates injustice and believes in fair play and equal opportunities. She is also passionate about the rights of the vulnerable. Her love for writing can be traced to her lawyerly profession. Her motto is: live the life you love, love the life you live. She can be reached on her Instagram page: @insidesparkles, linkedin & facebook: Yewande Abiodun Adeleke, or via email: [email protected].