Should You Bump This - Music Review: M.I - Chairman 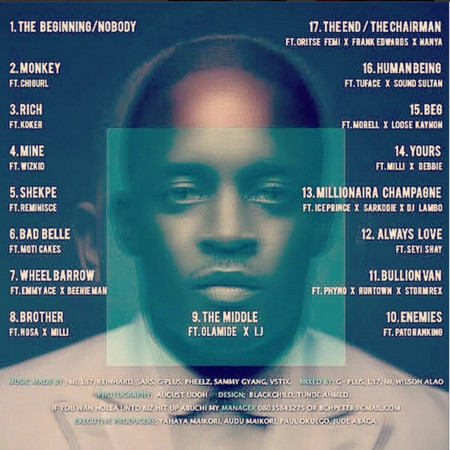 It’s been 4 years since we last got an album from M.I Abaga, but the Chairman is back with The Chairman album (Notice the genius tracklist arrangement?), which you can buy HERE, with productions from, Reinhard, Sarz, Pheelz, Sammy Gyang, G-Plus, L37, Vstix and M.I himself. African rapper Number 1 is back.

1. The Beginning/ Nobody
S: This is the deadest intro ever

T: Calm down. I like the message behind it. It kinda reminds me of the one on Snoop Dogg’s ‘G’z And Hustlaz’ on ‘Doggystlye’

S: There is nothing to like here…this ish makes me cringe. Gats scratch this off your cd

T: Notice how M.I is the only one that is speaking pho-ne in the school?

S: He probably just got back

2. Monkey feat. Chi Gurl
If you set me leg yeah I break am or I jump am but I must make am.

T: M.I saved the best verse for the last. I was close to ejecting the CD and throwing it away like I did for the last 9ice CD I bought.

T: Now I just sing this chorus all the damn time.

S: Stellar Production. He clearly won’t be performing this song near Patience Jonathan or else he will be sleeping in guard room.

T: Or people that use Mary Kay.

3. Rich feat. Koker
From barely surviving, to business is thriving, until you can even the score/ when they see you tomorrow they won’t recognise that they’ve seen you before

T: Whoever Koker is did well on the chorus.

S: Meh. He sounds like a diluted Brymo #WeWantBryMoHooksBack

T: The Migos flow was nice but 3rd verse for me

4. Mine feat Wizkid
First time we met I could see class/ only right that I put you in a C-class

S: The best song/hook Wizkid has done in a long time.

T: My jam! I don’t know how this grew on me..Wizkid on the chorus was fire

S: But MI verses on this ehh. Yung6ix, Vec, and Ice probably going “and you guys judge us?” 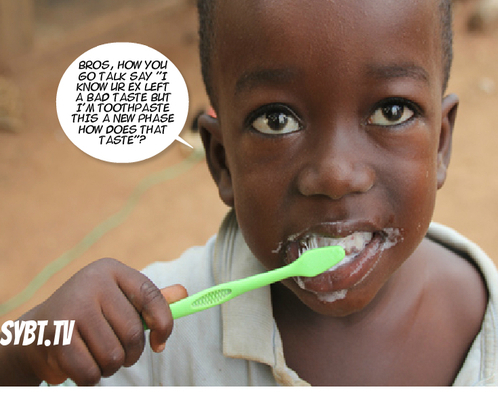 “Did you smoke something cos …Hii gurl”

S: Abaga just went to Shoprite and packed all the Cheese in the diary aisle and dropped it here.

S: Still a good song though.

T: The only thing I didn’t like on the song was the ‘my shekpe bottle’ part and M.I’s Yoruba verse

S: This is a jaaaaaaaaaaaammm. I liked everything. This beat too mental. You can yab my entire family on this beat. I no send!

T: Nobody is arguing

6. Bad Belle feat. Moti Cakes
“All due respect to your feelings, CBN in the building/ this year it’s clear by the wrist wear we gon separate the real men from the children”

T: Is allowed is allowed!!! This beat is ridic!

S: “Rita Lori chick forming Rita Ora!” My line! If you a ‘Lere kid you know that ishwould make you laugh.

T: I’m from a good Christian home and I’ve never heard of Rita Lori or the girls there.

7. Wheelbarrow feat. Emmy Ace and Beenie Man
T: Yo! My personal favourite! Get Akon on a remix pls. One for the clubs

S: Even if them no get Akon…Akon will do his own version. That one don move come Lekki

S: This jam makes me happy all through. I just wanna push it push it all day

8. Brother feat. Nosa and Milli
So brother if you’re listening, I hope that you know, our journey isn’t over, there’s still a little more/ I’m waiting were you left me, I’m hoping you return and if ever you come back you will meet an open door

S: Favourite song on the album. Some “from the heart” verses

T: Yup! Jagz would probably hear this, loosen his attachment and come back to Choc City

S: Ice got a verse too mehn. I was waiting for a third verse for Brymo

T: But what about Khali too?

S: True o. He did brother song for MI, MI no do e own back #notfair

9. The Middle feat. Olamide and IJ
Who’s the best rapper, omo it all depends, I’m not the one to ask, ask number 2 to 10

S: M.I couldn’t ruin it with that one line

T: One? More than one sef

S: He may have well said ‘because ram dey break leg no mean say e be Ramsey’

S: I’m sorry, Olamide did his thing and that IJ hook was proper nice

10. Enemies feat. Patoranking
T: This is a classic MI track on this The Chairman album

T: Cla..what? Nothing here for me

T: Yup! Like this formula is ready in the kitchen. Just go studio mix am

11. Bullion Van feat. Runtown, Phyno & Storm Rex
T: Yo! M.I should just shoot a video for this ASAP. Since he will only shoot one or two. We recommend this.

S: Likeeee! Ibo people dey floss pass mehn. Shoutout to the East! This one is for Alaba boys

T: Aba, Onitsha which level, the Shoki is about to be mad on this jam. 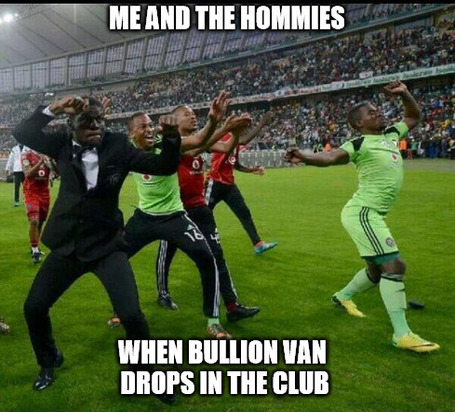 S: Big ups to Runtown! My bae Storm Rex doesn’t have one weak
feature/song ever.

T: Felt like she could have done more though

S: Should have taken Phyno’s verse out and given her that part

T: I don’t know about that

S: You don’t need to know about it. I just wanted more Storm Rex

T: Naaa, she didn’t. Chairman should give Tpain his machine back though

T: Mehn everyone came with their A-game

S: This is the kind of jam you want when you see rappers. But i noticed one thing…Why Sarkodie no talk “Money no be problem”

14. Yours feat Milli & Debbie
“Jos city, even in Lagos when I am rolling feeling like it’s my city” – M.I

T: Not a bad song

S: This is another really good song for me

T: Especially the second verse. Who was it dedicated to, Godwin Tom or Mr AngryMob?

S: Love M.I’s trend, having a young unknown artist shine on his album

S: This is my jam Smooth something!

T: Next year I guess

S: But am I the only that feels this song is a stereotype song?

S: 3 Hausa boys on a song about begging? *walks away singing bambiallah*

T: Hausa ke. Not everyone from the North is Hausa

S: I wanna apologize to folks for saying Tubaba shouldn’t have been on this track

T: I’m glad you’ve cleaned the wax in your ear

S: I would have preferred if Sound Sultan’s part was longer.

T: The song is perfect as it is

S: So unto that Nomoloss line. What’s your take on it? Because I am just here sipping tea with Kermit

T: M. I said he was broke. I believe him

S: *Gifted Glo add plays in the background* I believe your belief too.

17. The End/ The Chairman
T: You already know what I’m going to shout

S: I don’t even care for this song

T: Ya mad! Let me just scream it… Oritse Femi the greatest

S: Whatever! Song doesn’t do it for me. But we at the end so I really ain’t bothered

T: Arguably the best rapper in Nigeria, Jude Abaga delivers on The Chairman. While he may not the lyrical juggernaut he once was on previous projects, he makes up for it with stellar production, good features and some well-rounded songs.

Nicole The Fertile Chick: How Do I Stay Happy For Everyone Getting Pregnant?