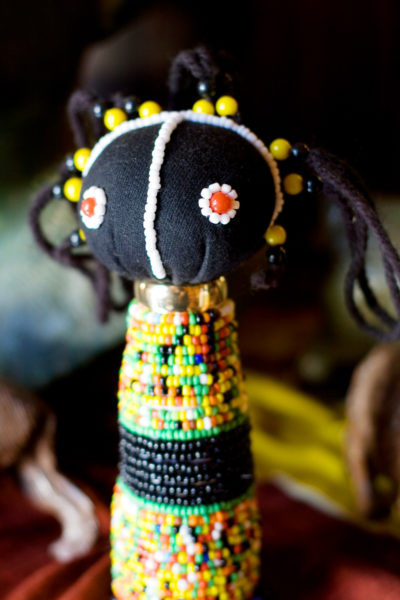 There’s a common joke in my family about how cheap I am, especially with the way I get to the Metro station and scan the environs for Day Saver tickets. Before I approach the ticket machine, I always do a careful, calculated sweep to see if anybody has dropped a ticket. It started one day when I randomly saw a Day Saver ticket for ALL ZONES; since then, I make sure I check that there is none lying around before I fork out £3.80. Things are tight in Soweto!

This habit of picking things from the floor is a recent development. Growing up in Ilorin, and being inundated with all sorts of Yoruba movies – where people turn into goats because they picked up a coin from the floor, I had a morbid fear of everything untoward. I wouldn’t speak to strangers, or give directions if I was asked – I didn’t want to be struck with dumbness. If I drove over something odd and strange I would ‘plead’ 50 litres of the blood of Jesus over my car. And picking something from the floor? Ah! Never. I didn’t want to become barren.

Over the years, I have slowly become desensitised to all that. For some reason, the effect of the subliminal conditioning of those films have worn off. I stopped watching those films when I moved to Lagos; my circle of influence changed, and the things that I worried about with it. However, I am very aware that many people put a lot of stock in these things.

As Nigerians/Africans, we generally believe in the existence of the evil from supernatural forces. Things don’t just happen because life happens. No. If something untoward happens, it’s largely attributed to a higher being.

So, what’s the origin of our inherent belief in juju/jazz? We are descendants of people who strongly believed in black magic. Our forefathers passed it down to their children, who in turned passed it to us. We, in turn fuel these teachings with the infusion of movies, which stir our imaginations. With the arrival of Nollywood, and the stories sold to us in visual form, our fear of unseen evil is magnified. Interestingly, the advent of foreign religious beliefs have done very little to water down our deep seated consciousness of the malevolent.

It is our fear of black magic that makes us scared of everything and anything. Recently, my friend and I were joking about how people don’t like to disclose their travel dates for fear of the plane being brought down by evil forces. I asked whether those perpetrators of evil were incapable of harming you with or without you embarking on a journey. Don’t bad things just happen… the same way good things do?

An offshoot of our belief in black magic is the element of generational curses. I heard the story of a family where the new wife was diagnosed with lupus, and she died not long after the wedding. It was reported that her husband’s family did an investigation into her background and found out that women in her family died shortly after marriage. According to them, their son should have taken their research findings a little more seriously and not married someone who was prone to early death. This makes me wonder if death is a genetic thing, or do we need to be more enlightened? Generational curses are supposedly placed on families as a result of evil done by ancestors, and the consequences of such evil is borne by the later generations – sins of the fathers. However, one wonders if generational curses apply to only Africans. Are Hitler’s descendants suffering for the evil meted out to a generation of Jews? Who determines the scale of punishment for these retributions on the future generations. For instance, if I steal a pen from Barclays, will my great grand daughter be pushed in front of a moving train a

s punishment for my actions? Or if I cheat someone out of a promotion they deserve at work? Who will be there to inform my grand son that his inability to get a bank loan approved is because his Nana was a shyster? Simply mind boggling.

Personally, I have suffered the death of very close family and friends, and in ways that can be termed ‘weird and mysterious’ too. However, I don’t want to cage my mind and say these things happened because someone, somewhere ‘called’ it to be. So, what if someone dies? So what if it’s cancer? So what if it’s a plane crash? So what if it’s a fire? I’m not going to enslave my mind with a constant fear of something bad happening? I just don’t think that’s how I want to live. But that’s just me. Maybe I haven’t been struck by the right kind of Voodoo.

Until then, I’ll keep picking Metro tickets… and pray I find something more valuable.

Have a fabulous guilt-free Christmas. Don’t do anything bad this holiday…*spooky voice*