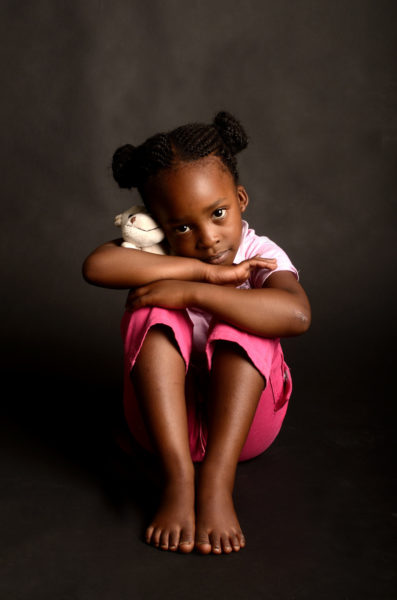 So…I finally saw Kunle Afolayan’s feature film, October 1 last night. Yes, yes, I know I am late to the party but that was quite a good film! Prior to the screening, we had been informed that the director and producer was around and would be available for a Q&A after the screening. Of course, I was giddy with excitement…what is a film festival if you don’t get a chance to brown nose with the filmmakers and actors?

Anyway, so during the Q&A, someone behind us asked Mr. Afolayan if the swapping of the photo of the Queen in the last scene had to do with censorship in Nigeria. I hadn’t analysed the movie in such depth, so I didn’t see that scene and think… censorship; all I saw was a depiction of the change in government. Someone else wanted to find out if Mr. Afolayan had aired the film in Nigeria and if the audience understood the ramification of the things that happened around the time of independence. I turned around to see who was asking this question. How was the director supposed to know what was in the collective minds of the audience? Thankfully, the cinema people came to usher us out of the hall so poor jet-lagged Kunle Afolayan didn’t have to answer any more questions.

October 1 struck a chord in me particularly because of the idea that Nigeria might have been prematurely been given independence. In light of the postponement of the elections, the film made me wonder about it. But, something that particularly piqued my interest was the fostering of two indigent boys to someone who could provide them with a chance at a better future.

There’s a part of Nigerian culture (and I use this term very loosely) which makes allowance for the giving out of your children to wealthier/more comfortable relatives. Usually, if there’s one member of an extended family, who is wealthy, there is an unwritten obligation to foster some children.

Fostering could be for the purposes of formal education or for the purpose learning a vocation. Either way, the basic family structure as we know it is broken up, for the purpose of advancement. Depending on the side you’re looking at the story from, this arrangement has its good and its bad sides. The indigent parents are happy their child has a chance at a ‘better’ life; the host family is increasing the stars in their Heavenly roster. And many times, because the consent of the child is not sought, the child is left feeling adrift. The ward is disconnected from his/her own family, but never really being absorbed/accepted by the new family. However, the fostered child is supposed to have this eternal sense of gratitude to both his/her parents, (for having the good sense of thinking of a better future) and to the foster parents (for being so magnanimous.)

I remember on a trip to Ogbomosho many years ago, a relative who had 14 children brought a case to the family elders complaining that he was unable to feed his children and they were all going hungry. He wanted some people to take some of the children, in order to give them a chance at a life he didn’t have. He looked really sad and desperately in need. As his eyes brightened with expectation, I wondered why he had more children than he could cater for, and mentioned this to an older cousin. She then told me that in the villages, having those many children was a sign of virility and strength. This in itself sounds noble and cool, but begging for help to care for your children didn’t give much of an aura of strength.

Also, it appeared that the poverty didn’t really give room for the consideration of what might be happening to the child… while he is away with people who don’t owe him any real duty of care. If you give your child out to be trained, because you can’t afford it, how do you ensure that the child isn’t being molested and abused?

Some people have argued that the Nigerian style of fostering is not all bad. First of all, the foster family is making a huge sacrifice – no matter how badly the child feels he/she is being treated, the family is creating a space to accommodate the child in their lives. In cases where they didn’t ask for the child to be given to them to train, they’re having to share resources that are meant for them and theirs, with someone. Also, the fostered child has a chance at having two sets of families – how cool is that? I have this family friend who was sent away to live with an English family when she was 11, coming home only on holiday. She loves them as much as her own family. Interestingly cool.

However, on a personal note, I’m extremely wary of the idea of sending my child out. They say nobody can love your child as much as you do, so it will be very hard for me to give up my own… willingly. Some people might even argue that they would rather suffer with that child, than give the child up to a stranger for a more comfortable existence.

Today, not a lot of cosmopolitan Nigerians are willing to even take in the children of indigent relatives. Horror stories abound of how wards take your kindness and repay you with evil. Some would rather dine with the devil with a long stick – so if I’m helping you out with your child, let the child stay WITH YOU, and I’ll send you the school fees and feeding money of that child.

In closing, I really believe that there’s a lot of good that has come out of our style of foster care, especially as we don’t have a well grounded social system which provides for families in need. However, we need to place a higher value on stability in a child’s psychological framework. Family planning and structure should also be given premium consideration.  Fragmented family structures might have deeper consequences than we actually think.

Have a great week ahead and please share some of your experiences with us.

Mainland #FitFam This is For You! High Intensity Interval Training – HIIT It With Vanessa