Nicole the Fertile Chick: The Strange things We Do to Get Pregnant 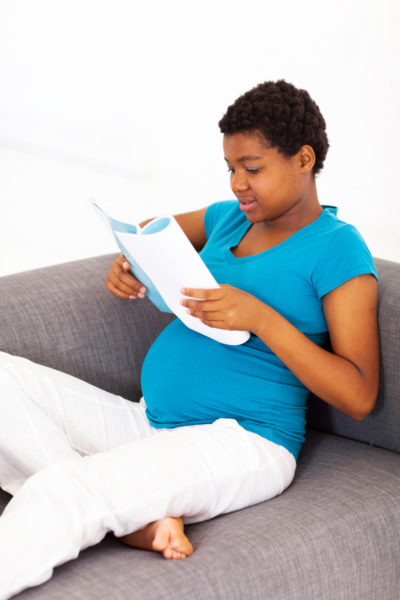 Oh the very many wonderful things I did when I was trying to conceive! We women that have been on that road have pretty much tried everything and anything….from the conventional to the what-the-heck-was-I-thinking.

To start with, there is the myth of post sex positioning, i.e. propping your bottom on a pillow and elevating your legs in order to help the sperm travel better. Some people even go all the way by standing on their heads. Whilst I understand the rationale, I am yet to meet anyone who credits her pregnancy to this foolhardy behaviour. I look back at the many times I spent propped in all sorts of post-coital positions, and shake my head at the foolishness of it all.

Some people swear by drinking copious amounts of cough syrup, to improve the quality of cervical mucus….or even putting raw egg whites down there! The cough syrup, I can understand (and even admit to trying once), but the raw egg whites…yikes! Isn’t that just begging for hard core thrush? As in, begging!!! I have also heard about eating a lot of nuts (peanuts, walnuts, almonds), as plant protein is supposed to improve ovulatory function. This I can even understand, but when it comes to other silly beliefs, such as wearing socks on during sex, I absolutely draw the line! Even though the rationale is that by covering ones feet, the toes are kept warm and blood circulation to the uterus is improved, I’m not convinced.
Other silly things I have heard are having sex during a full moon, having sex only in the missionary position, sitting on a pregnant woman’s chair, rubbing a pregnant belly for good luck, etc. Whilst some are well meaning, others are just downright mischievous, and have absolutely no basis to them.

Another crazy one was when a friend of mine decided to try the Chai-yok or, in layman’s terms, a vaginal steam bath. This involved her sitting over a steaming bowl, in which some choice Chinese herbs had been soaked. WTH?! The rationale was that the steam would penetrate the uterus and therefore increase fertility. I politely declined when she enthusiastically suggested her supposed guaranteed way to conceive quickly. And it was just as well, as it did not work for her.

And can we forget the yam eating! Oh my lawd! Yes, I admit that it is a common fact/myth about yam being directly related to fertility, especially (supposedly) for conceiving twins, but it is no justification for eating it 3 times a day. A friend of mine, aided by her very eager Mom, ate Ikokore (a porridge made from water yam) every blessed day of the week, for almost a year! It got to the point that what she had always considered a delicacy was now torture to consume. But, with the big picture in the mind, she ate it religiously. Unfortunately, this yam-binge yielded no results and, in the end, she resorted to IVF.
I won’t lie that I didn’t try some of these when I was actively trying to conceive. I sure did. The truth is that I totally understand why women in that boat try the most random things, all in the hope of getting pregnant.

The most desperate thing I tried was following an acquaintance of mine to see some strange woman, who was supposed to help me conceive!
I hadn’t even been trying for that long….probably about a year. Then I got into conversation with a very distant acquaintance who told me she had gotten pregnant after several months of trying, through drinking some herbal mix given to her by a herbal practitioner. I immediately jumped at the idea to follow her to see this “doctor”. I don’t know what I imagined the place would be like…I wasn’t naïve enough to expect a hospital set-up, but I had hoped it would perhaps be something sort of residential, in a reasonably decent location. Nothing prepared me for the dingy market tucked deep in the heart of Mushin, far removed from civil society. As we made our way to this woman’s stall, it was like a scene out of Tales by Moonlight. Calabashes lined the roof and were scattered all over the floor, and there was just some creepiness to the place. By the time we got to the woman’s stall, I was completely freaked out. T
he woman herself looked quite harmless, and her voice was very warm and welcoming. So I was able to relax for a minute. She asked me a few questions, relating to how long I had been trying, if I had been scanned to check for tubal function (paraphrasing of course), etc. after which she gave me about 4 bottles of funny mixtures to go home and drink with my husband. Of course, I paid her a decent amount for all this. I went home, and actually drank them all that first day. By the second day, I took a good look at these bottles, and a good look at myself, before subsequently pouring all of them down the sink. For some reason, I just wasn’t comfortable with that arrangement at all. I’m not knocking herbal remedies. In fact, I am an avid believer in them. But I also believe in listening to my gut.

My own case was even relatively mild, as I only journeyed to Mushin. A friend of mine, unbeknownst to the rest of us her well-meaning friends, drove all the way to Abeokuta, after having been told of some man who had helped someone conceive. The most annoying part was that the referral came from some random person she met at a social gathering…not even from someone she could readily vouch for. In the end, not only was the risky journey a futile one, she had to part with a rather sizeable chunk of money as well…and no, she did not get pregnant.

Sometimes, there is no harm done in trying some of these silly things. As long as you don’t invest too much physically, or emotionally, and as long as it’s within reasonable limit, it doesn’t hurt to try. However, the morale of the story is that we need to be very careful. The key thing is to listen to your gut. Not even trying for a baby for a long time is enough reason to do something you could possibly regret.
Good luck and Godspeed ☺

N.B: Thankfully, our site is back up. We have had to move location to www.thefertilechickonline.com. Thanks for all your support and patience!