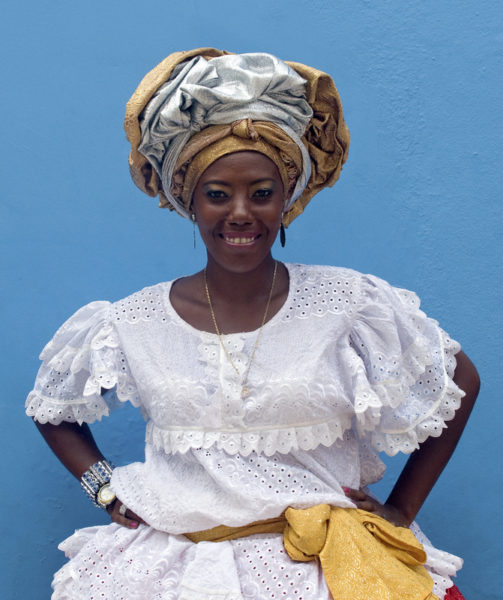 Last week I was in a long drawn out argument with my cousin over his identity. He insisted on speaking his thoroughly “Americanised” Yoruba to me – reminding me that the name we all call him is the meaningless version of what it really should be. So, with every conversation, he had to remind me that he is an Ondo man and he wasn’t appreciative of the fact that I kept calling him “American”.

Things finally got to a head when I got tired and asked, “So what exactly makes you an Ondo man?”

After a minute of taut silence, he responded with “I am Ondo… because I am.” I said, “You’re saying you’re an Ondo man because your Dad has told you that’s where you’re from. But is that who you ARE?”

What started as a nice family conversation slowly descended into an unpleasant discourse about a person’s identity – and the quest to identify with a place, a source, a people. However, the question “Who are you?” is one that forever remains one that doesn’t have a straightforward answer.

For some strange reason, the identity issue reminds me of the flack that Nigerian online commentators give Chiwetel Ejiofor. For some reason, these people have a problem with Chiwetel’s sense of identity. Their viewpoint, like my cousin’s, is that your antecedents determine your identity. According to them, Chiwetel isn’t embracing his ‘Nigerian’.

For some people being black is more than just their skin; it is a culture, it is their tie to something beyond where they live, and what they’ve grown up with. Thus, it is the marker of identification. It is what they’d primarily say they are when asked.

Another cousin told me of how she didn’t realize being ‘Black’ meant anything other than being human until she moved to Houston from Denver. Before then, her race and skin had very little or no bearing on how she was identified. Things got worse when she went to college, and then it was important to find a body to identify with: Are you black or white? Are you African American or just African-African? Were you born in America or did you move to America as a baby?

According to her, it was very important that one’s identity was clearly stated. It didn’t help that she had a Non-Nigerian first and last name and she had to work double-hard to prove that she was who she said she was.

It wasn’t enough for her to be identified by what she said she was. She had to prove by speaking Yoruba, before she was taken seriously. The proof of identity appears to be of utmost importance. For example, my mum’s family have always called themselves ‘Oduleyes’ from Ogbomosho, Oyo State. However, historically, the name Oduleye is not an Ogbomosho name. It is originally an Egba name – from Ogun State. They traced their antecedents and found that their great grandfather is actually an Egba man who migrated to Ogbomosho. So they can’t prove that they’re who they say they are; but they’re stuck with it because that’s all they know.

How does one then identify oneself? And what are the parameters that tell you who you are? First, I don’t think a person is just ONE thing. I believe that a person is made up of several multifaceted elements, and each element stems from an important core. If you were born and raised in Onitsha, for all intents and purposes, you’re an Onitsha person. The fact that you are called Olayinka Hundeyin does very little to impact on how you behave. However, it can be argued that Yinka Hundeyin was raised as a Badagry man, surely he should be able to also identify himself as a Badagry man.

In Nigeria, identity is a deeply polarizing factor in the polity. Who a person is becomes an important factor; it is that which one uses on the path to self discovery.

How do you describe yourself? What are the factors that primarily identify you?
Have a fulfilling week ahead. How important is the proof of your antecedents in the determination of who you are? Do things like tribe, race and culture have a pivotal role in your identity?

Nicole the Fertile Chick: The Strange things We Do to Get Pregnant