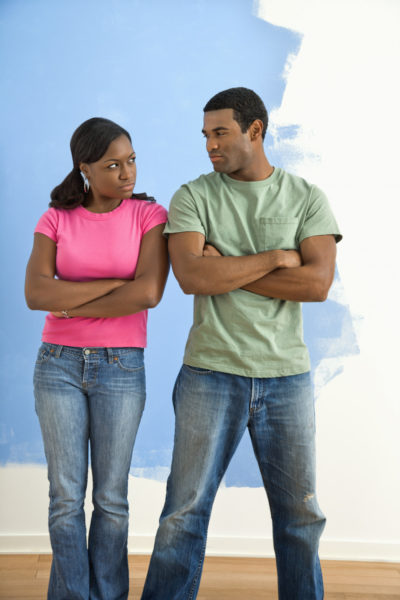 Divorce can be defined as the legal dissolution of a marriage by a court or another competent body. In lay terms, it could mean the end of  a marriage. Husband and wife saying, ‘I no do again’ meaning that both parties can no longer live together; hence both have a hand no matter how little in whatever caused the separation (though in this part of the world, one party usually takes the blame).

There has been a lot of outrage about the growing rate of divorce in the nation but despite this outrage, there are people who say Nigeria might need more divorces. This write-up will argue for and against the proponents of this school of thought.

Those for the motion of the topic bring forth the following points:

So if divorce were acceptable, the fear of divorce ‘might’ force them to treat their spouses better. Emphasis on the word ‘might’.

It teaches the next generation that having a partner takes more than a ring
It is not good for anyone to be alone. Companionship and love are their own rewards; and if we are all honest with ourselves, having that one person that pledges to go through thick and thin with us does make the journey of life more exciting. (If that one person is the right partner). However, some people have taken this as a reason to maltreat their God-given significant other and these people are told to endure because ‘marriage is like that’ ‘ a lot of people are praying to be married.’ People, therefore, believe that if there are more divorces then people would come to realize that it takes more than giving someone a ring to keep that person in your life. Hence the future generation won’t see marriage as a do-or-die affair.

Some people have been known to do better at the demise of a spouse
Stories abound of people who seemed to have found their place after loosing their partners. Maybe because they were now ‘free’ to be ‘themselves’ as their partners held them down. The Argument therefore is that maybe if more people worked out marriages holding them down, the world would get to benefit from a lot of untapped potentials.

Children (especially of a particular gender) do not get to see ill treatment as ‘normal’
If more people left their marriages because they were treated wrongly. i.e, being beaten, lied to, cheated on indiscriminately, etc. this would send a message to the next generation ‘such behavior will get your a** kicked out’.

God permits divorce on grounds of unfaithfulness
This point seeks to pacify the religious folks. One could also argue further that bitterness, anger and hatred which are the results of staying in a pointless marriage are STILL SINS in the sight of God.

Those against the notion put forth the following arguments:

It hurts the children involved
They argue that children need a home with the presence of both the father and mother to grow up into well-adjusted individuals as this was nature’s original intention.

It is against our cultural and religious beliefs
Most people argue that God is against divorce and that in our culture before the advent of westernization, marriages worked.

If people were less selfish, more tolerant and forgiving, there would be be fewer divorces This puts forth the argument that if you want to get married ‘i ga edibezinu’. Afterall, that’s the only way this love thing can work.

All men (and women) are the same
Presumably, members of each gender have the same sets of bad behaviours,hence there is no need to keep walking out on marriages knowing fully well that you might encounter these with others.

After considering the arguments of both sides, these are my submissions. In making my submissions, please let me state the following disclaimers;

1. I am no marriage expert (to be honest, I am not even married) neither do I have any marriage or counselling experience.

2. I am not an old, bitter, angry hag; I’m in my mid-twenties and really love my life.

3. I was raised in an extremely happy home and believe in the institution of marriage; My parents’ marriage was the kind you see on romantic sitcoms and my father was no sissy. He was a successful Igbo businessman who loved his wife and family and earned their respect out of love. We lost him 2 years ago, and there was no hidden child, family or mistress; everyone had one thing to say about him; ‘He loved God, his wife, family and people around ( and he loved these groups in the order stated’. He was an epitome of a good man and growing up has made me realize how fortunate I was to be his daughter. As per my mother, she gives the woman described in Proverbs 31 a face. Who can find a virtuous woman? I’ve found her and she is my mother.

So, on to my submissions.

We need to respect God, Karma or whatever force rules this world
I’m not talking going to your places of worship once every week and spending other times acting like the devil. I’m talking about acting in a way that says ‘I won’t do this, because I respect and honor God’. It’s that simple.

We all need to know our worth
Human beings are priceless as most religions believe that we are made in the image of God. Hence we should value ourselves and set standards of how we want to be treated and not allow ourselves be treated lower than we deserve.

We all need to value the other person
Live by the golden rule and treat people like the ‘image of God’ that they are. Refuse to allow any one be maltreated and if you meet a person with a low sense of self worth, refuse to allow the person stay that way. Hold those around you in high esteem and watch them rise to the value you place on them.

We need to learn to be whole and complete in ourselves before getting a partner
Marriages/relationships involve a lot and wholeness is required to succeed. Ever heard the term ‘Don’t shop when you’re hungry?’ In choosing a partner, you have to have truly discovered your authentic self and made peace with it before getting married. Note that being an authentic human being also involves acknowledging the need for companionship. No need for this superman/superwoman syndrome.

We need to celebrate the good and condemn wrong
This trend of sucking up and meaningless flattery is just wrong. If a man treats his spouse wrong, then successful or not, he should be called out. We shouldn’t go making excuses like ‘he’s a successful man, women are the ones throwing themselves at him’. We should condemn wrong. The same applies to good behavior, we should extol people for treating their spouses with dignity.Note that the next generation is watching and in condoning or excusing wrong, we give our seal of approval.

We need to teach our children the right values
Enduring and old-fashioned values like respect, contentment, prudence, honesty, humility, equality of the sexes in the sight of God, a heart of service and the fear of God are values we should painstakingly instill in our children. These ‘owo ni koko’ and ‘packaging l’omo’ ideologies might be our own undoing.

Let me conclude by saying that I believe that marriage is a beautiful institution created by God but it is not a do-or-die affair. Rather than argue whether or not there should be divorces, we should spend time teaching our kids respect for God, themselves and their neighbors while instilling a strong sense of self worth and enduring values. If we did these, then the divorce arguments might never arise because everyone will be happy doing what’s right.

I hope you are convinced.