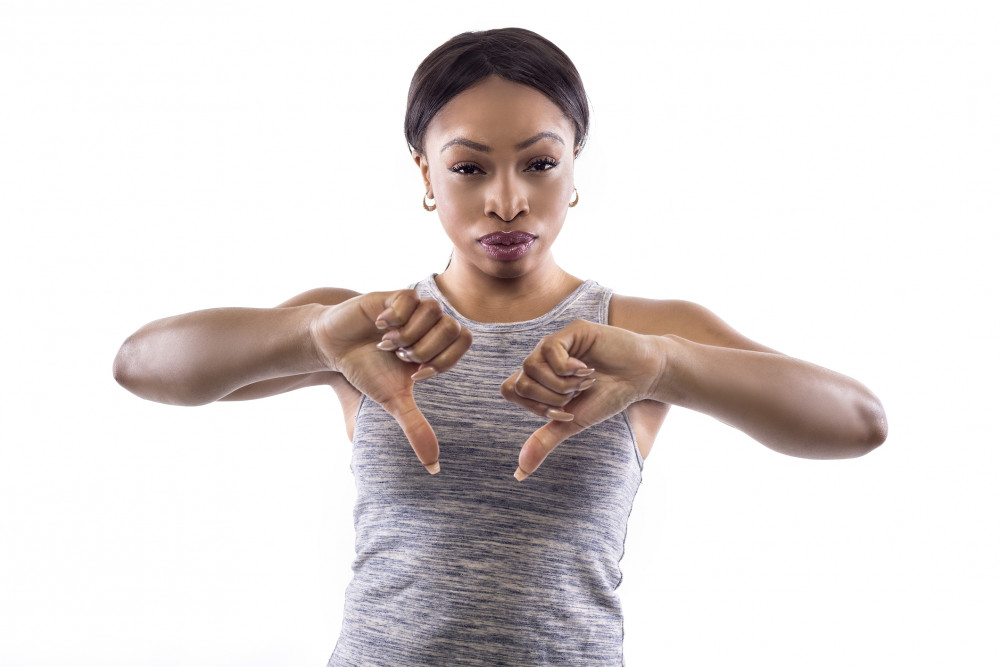 All my father’s children, except my elder sister, attended military schools.

Military schools are known for their extreme method of punishment. From rolling on stones through flogging from soldiers to crawling on your knees, every punishment was creative and thoughtful.

Discipline and knowledge was the motto in Command School and the students took pride in this. A huge part of your reputation was tied to your ability to ‘chest’ the floggings such that students and even soldiers would hail you.

I so loved Command that I would only look at a guy from the Nigerian Military School or the university. I called the boys in unity and private schools obollos.

My elder sister would insist we were being abused; to her flogging and unnecessary punishment was unhealthy. She could never imagine living under such conditions and we always disagreed with her and took pride in being “strong.”

There was recently a post on Instagram of a man who complained about how his cousin was beaten up and injured by soldiers. When I saw the pictures, the first thing that came to my mind was, “That’s normal now, he’s in Command oh.” But the comments that day were against that form of punishment. The funny thing is a few ex-commandoes came out to say “Na the normal way now, but we still turned out okay.” The rest of the community, though, did not think it was okay.

The scenario painted is to describe how society sometimes prepares us to accept and even celebrate abuse in various forms; employer – employee, parent – child, male – female lover. The society has taught us to endure pain in order to be strong and while there may be some merit to this, as delayed gratification is important, we need to know when we’re in a downright silly situation, when the pain has become unhealthy and we need to walk away.

Most people try to do what’s acceptable in the society, hence when you tell them something is normal, they do it.

– You need to fight for your man and not let another woman win.

– You need to be a superwoman and do all the chores.

– All men have egos, you need to do everything to protect it.

– As a woman, you live for men so don’t plan too far ahead, it’s what your husband wants you’d do.

– All a woman wants is a happy home and successful children with a man who takes care of her.

– A man can have different women but the queen of his kingdom is treated well.

And sincerely, a lot of people are doing their best to follow these rules; we have men ensuring their wives are spoiled silly, putting side chicks in their place, hustling to make money so that they can earn the right to be king both at home and with mistresses.

But it’s International Women’s Month, so this article is about the women, not the men, how many of us see abuse and negativity as normal and how it comes in various forms.

– All of you are bashing her because her husband cheated, do you know what your own husbands are doing?

– He just tapped your bum, what’s there? Smile and get the contract joor.

– Even though I had dreams and goals, I dropped them to stay at home cos I’m raising a world leader, barrier breaker, etc. ( I’ll have to dwell on this one a bit. There are people who genuinely want to be stay-at-home moms, running businesses from home, and there are people who had dreams of building power careers. If you are the latter, except the job isn’t forthcoming, please continue with your career. Find a balance and involve your husband as much as possible, as there’s the risk that you’ll become a helicopter parent trying to live vicariously through your children. And children have a lot to benefit from a mother who is happy, content and working towards her goals in life).

– He is a bad husband but a good father.

There are a lot of things we have internalized and seen as normal, which may not be.

So while we celebrate women this month, let’s ask ourselves what biases we have that will not make us and the future generation better. Don’t be too quick to dismiss the people who ask questions as over-educated, angry, bitter feminists (even though, if you’re an educated female with access to the internet, you’re probably a feminist … but that’s a topic for another day), ask yourselves if there are things we can unlearn.

Remember, the idiot of the 21st century is the one who cannot learn, unlearn and relearn.

Also, let’s not be quick to put down the people who see these things as normal (with all our plenty big, big grammar and rolling of eyes and witty, sarcastic come-backs). They may be happy and really not see anything wrong in their situation, the way I still love Command and have very happy memories of my time there. And even though to people like my sister there were only a few differences between us and prisoners, you cannot convince me that I was in a bad situation (in fact, I have very positive emotions towards all the soldiers except RP. Maybe I’m suffering from Stockholm syndrome).

Remember, the mark of good education is our ability to understand others and be tolerant of our differences.

Happy International Women’s Day. May we all balance for better, but most importantly, may we build each other up and help adjust each other’s crowns.