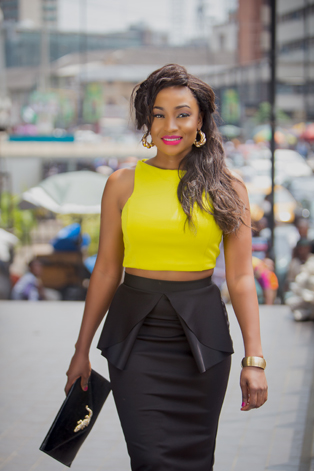 An African expects to be greeted properly. You say hello when you’re supposed to say good afternoon or good morning and you’ll never hear the end of it. Or in certain cultures if you don’t address a titled person the correct way, you better be ready for what’s coming.

I was watching a local TV station the other day and the anchor had two men who were being interviewed via satellite. As he made to address one of them, he started by referring to him as “Mr Adekunle” (for the sake of this article). He was quickly corrected and was told that he was “Elder Adekunle,” and not “Mr Adekunle.” The anchor almost lost his bearing but quickly regained composure. It was uncomfortable to watch.

Have you ever gotten into an argument with someone and they retorted, “Do you know who I am?” Hilarious!

Naturally, relationships come with varying degrees of expectations, expectations we often feel entitled to whether or not something is given back in return. Although these days there is always something expected back, hence the transaction.

A few people who have written to blogs about their relationship issues have rubbed me the wrong way. Some of their stories have left me feeling underwhelmed. There seems to be this belief that when you’re in a relationship and one of you has a financial upper hand, it becomes a matter of duty to look after the partner who doesn’t. What rule book did you all get that from? The common cringe-worthy phrase, “He doesn’t contribute to my upkeep,” “He has never bought anything for me or given me money to do my hair,” “I go to visit him and he never gives me transport money.” There are also guys who have moaned about taking girls on dates and not being rewarded with “lashing” or a kiss. How about the men who complain, “She doesn’t wash my cloths, clean the house or serve me my meals?”

It is believed the world over that the man is the head of the home, the provider. But as time and culture have evolved, with the ever growing cost of living and women coming into their own, it has become expectant that women step into the shoes of supporting their partners. Nothing states that the man alone must provide for the household. There are, of course, exceptions, where some men do not expect their wives to work. Some prefer they stay at home and look after the children. I feel women are entitled to being looked after by their men, depending on the scenario and within reason.

Feeling entitled can give you a chip on your shoulder, though, or make you a go-getter who aims high and pushes to get it.

People with entitlement issues feel as though asking you (they are actually telling you) to do something for them is no big deal. They never think about inconveniencing you, or how you would have to go out of your way, because they believe they are not asking too much. However, when you ask them anything, no matter how small, they feel as though it is a burden on them.

When someone has entitlement issues they put a high demand on your attention. Have you ever met someone who automatically feels you will be attracted to them because they are good looking? Pretend like you don’t see them and watch how they shrink like a worm sprinkled with salt.

Researchers call this the “ME ME ME generation” and reckon a sense of entitlement is a malignant form of self-love because it often harms the people around us and indirectly harms us in the end.

We could dissect entitlement, but let me hang back before I overwrite. I’ll finish with a quote from ‘The Power Moves’ article: “You will have difficulties in achieving what you want to achieve and will never maximize your true potential until you deal with your entitlement mentality first.”