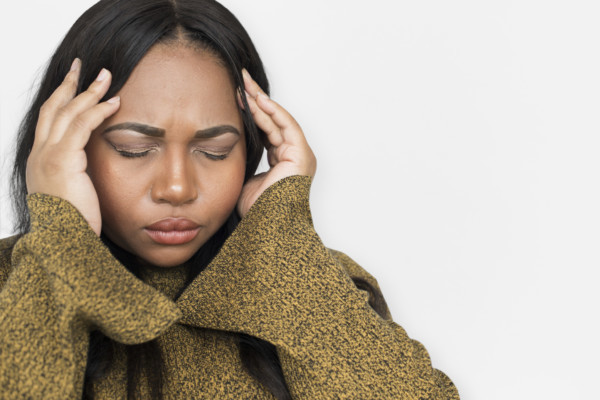 The court recently passed a verdict on the Busola Dakolo and Pastor Bidoun Fatoyinbo case and I’m surprised one major issue isn’t being discussed; this statue barred stuff and how it can hinder justice and possible amendments and alternatives. As expected, all that was talked about was victory/defeat for either of both parties (let’s be clear, there was no victory or defeat for any party because the case wasn’t heard). But it got me thinking on something that has been at the back of my mind lately.

As I get older, I find it difficult to see things in black and white; things are more in grey hues. I’m a bit wary to stick too tightly to a point of view (except certain values that I cannot compromise). We tend to try and put labels on people and make judgements based on their actions, forgetting that culture (which, according to my Jss 2 Social Studies teacher, is simply a way of life) determines a lot of what we do no matter how much we like to think we can be ourselves. Even that ‘be yourself’ thinking is the culture of the millennials.

Recently, I see how culture can sometimes abuse us. Let’s use marriage and relationships as a case study since they are the bedrock of society.

I grew up in a loving home and for a long time couldn’t understand or respect women who endured infidelity or any form of abuse. The easiest way for an aunty to lose my respect then was to talk about dealing with your husband’s infidelity like it was something to be proud of. The stubborn teenager I was would not greet you anymore. I couldn’t sympathize with people who dealt with stuff like that because, in my head, they were low self-esteemed people. But two incidents have given me a rethink:

One, most of my friends are married. None of them have been married for more than three years, but most of them have cases of infidelity with their husbands and have had to look the other way. No, their husbands didn’t show signs before the wedding, they didn’t marry for money and they do not in any way have low self-esteem.

I’ve spent the better part of this year praying for my friend’s marriages, declaring the word that their husbands may have eyes only for their wives (guess you can say I’m watching war room on their behalf).

I have also never advised any of my friends to leave their spouses. In fact, I try to change the subject of discussion immediately they talk about their husband’s infidelity. I know my friends don’t want to leave their husbands because they have, in a way, built their lives around who they are currently with. I also sense hidden emotions like fear and uncertainty when they talk. Even after all the ‘if my husband cheats, I’d leave’, they find out that they can’t just go. So I just change the topic to something happy and pray the man changes or if he doesn’t, doesn’t bring an infection home.

Two. Two celebrities recently turned 35, both have allegedly had work done on their bodies, both have been with men who publicly humiliated them despite warnings from people. One got a divorce and the other stayed. The one who got a divorce was publicly ridiculed: “you’ll soon turn 40, na your handbag go be your children”. The one who stayed was called a power woman, a strong woman like our mothers who know how to keep their home and she’s being celebrated. In fact, she was recently featured in an ad by a global fortune 500 company and the scenario a lot of us ‘woke’ people condemned was the theme of the advert and that campaign was extremely successful. My opinion on this is ‘ grey areas’ nothing is black or white.

Culture tells us to be confident and have a voice, but you see that your voice eh must speak the language you’ve been taught.

Culture tells us we can be ourselves, but when we go outside of the unwritten roles set for us, it comes back at us strongly.

Culture tells us we should speak up and reach out to a friend and when we do, we are told to hide our challenges because people are envying us.

Culture tells you to be yourself – but no, not like that.

Culture also punishes us all…

The lady who keeps silent in the face of sexual abuse, the man who marries her and deals with the after-effect of abuse without knowing where it comes from, and the children who have to deal with both of them are being abused by culture.

The man who never did what he really wanted to do for fear of not making enough money from it and the children who may be forced to take up his dreams because he wants to relive them vicariously through them are being abused.

The woman who marries a guy she doesn’t like because she’s almost thirty (thank God, the age of desirability seems to have been pushed to 35) and so never experiences true love, the husband who will spend his days running after a woman who cannot be bothered with him, and the children from that union are being abused.

The female who spends her life hearing she has to choose to either be ‘wife material and homely’, ‘sexy and flirty’, ‘focused and independent’ instead of being told that all these are not mutually exclusive and the world who never gets to see the totality of her being, are all being abused by culture.

Ours is not a culture of silence, it is a culture of hypocrisy. A culture where a woman posts up pictures of her and her husband at a vacation when in reality, it’s an ‘I’m sorry I cheated again’ trip.

A culture where everyone’s mother and father are the best in the world even though abusive parenting is very prevalent in our society. One in which keeping up appearances is the real deal.

By culture, I do not refer to Nigeria alone, I refer to the world. The more successful and independent a woman becomes, the more she recognizes that those in the Victorian era got it right. There’s a lot more to marital benefits than wealth. Beyonce dare not be yabbed cos she has a man; CardiB has a man or at least… well, a man sha. The insults on Nicky Minaj has reduced cos she has a man. Busola Dakolo got sympathy cos her husband stood by her; a single lady would have been called a whore.

The same for men. As they go up the social-economic ladder, it becomes about having a certain type woman – either in looks intelligence, charisma, and so on. A good mate is an accessory. The perfect finish to a wonderful attire.

I believe every generation must solve the problems that they face. Before we talk about what our mothers and fathers didn’t do right, let’s remember that a lot of them insisted on getting an education for both the girl and boy child, fought polygamy and pushed up the marriage age in their time to between 18-21. It was younger in their mothers’ day. Let’s remember that they were the ones who advised us to empower ourselves, who told us we could make money and we should discover ourselves. I agree that when we follow their advice and end up single at 27, they start stressing us out, but I guess that’s our own challenge – to teach our children that they don’t have to choose.

To change culture, we need not look at it with disdain but rather with understanding and empathy. I would never look down on my friends with cheating spouses as I hope they don’t look down on me for being single. Changing culture is about being realistic and honest and it’s better not to stick unrealistically to a point of view.

A married woman, when asked about her choice to remain with an unfaithful husband, once said

‘I know cheating is wrong and not all men cheat, but unfortunately, my husband cheats and I have chosen to stay. Cheating isn’t right and I do not begrudge anyone who chooses to end a marriage on such grounds, but I just can’t find the strength to leave’.

That honesty releases her from judging others and proving her point to one of acceptance, that way her children can know that they can make better life choices. The alternative, which is to lie to herself that all men cheat, berate the other women who don’t know of her existence and pretend that all unmarried women are unhappy, puts her in a toxic, defensive situation. The same goes for the woman who chooses to leave an unfaithful spouse. Saying ‘I just can’t seem to live with my husband anymore, I don’t know what the future holds and while I’m afraid, I just want to leave’ also frees her.

An unmarried or divorced woman who feels lonely should own up to it and the one who feels extremely happy being single should also own up to it and flaunt it even though we live in a world where people will swear you’re pretending.

If we look at the fall of man at the Garden of Eden, three major things happened that brought the culture of shame and hypocrisy:

But the last two things are a product of the first; they allowed situations question who they were and so began to lay blame and seek validation.

To change culture, we must be authentic and honest with ourselves, having empathy and compassion for one another. Scream when we must and show a quiet, loving example where necessary. But all these must come from a place of love and empathy.

As I said, I am still learning (though my friends insist I’m going through a quarter-life crisis) but it’s no longer black and white for me. It’s a whole lot of grey. These days, I don’t even know if I want to change the world, I just want to survive Lagos traffic because the recent traffic is gaju.

Elizabeth Ajetunmobi: Is Your Domestic Staff Going Away For Christmas?