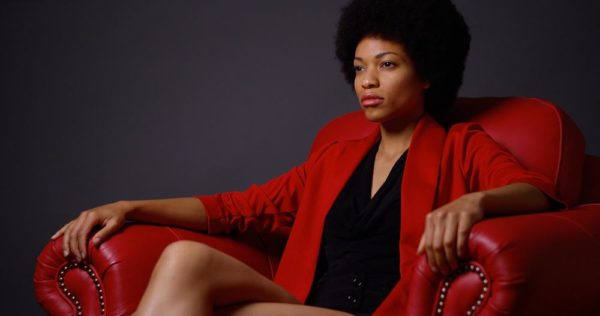 Just like Peter Tosh, famed Jamaican singer of blessed memory, I am for equal rights and justice. I am for equal opportunities both for men and women. If it is good for the geese, let it not be withheld the gander. I am not for stereotypes; not for that unspoken parable which says : “As living life to the fullest is for the man, so is cooking or a sedentary life for the woman.” Perhaps these would earn me an entry and a nod from the world of feminism.

Here’s another. I love the idea of a strong woman who can hold her own. If she chooses to be a mother, she is there for her kids. If she chooses a partner, she is loving and supportive but does not let her union and status become her sole definition.

For the past few years, feminism has been roused from its lair like a sleeping lion. It has won new converts in its wake and garnered an alarming popularity. But there are some things quite unsettling about some concepts of feminism, those strict feministic views that are drying up the milk of kindness from the bosoms of women.

Society’s dictates have not been entirely fair on women, I agree totally, but it would be false claim to heap all the blame on men and society for the woes of womanhood. A large percentage of the problems women face are woman-made and stems on the over-dependence on men to fend for their every need, that eagerness to downplay their comfort, to willingly embrace acceptability, conformity for fear of being alone.

Feminism is beautiful when it is empowering, but most times it tends to preach a rigid gospel that has its blueprint divorced from reality; it bears a message that does not leave you entirely happy after you have followed its dictates. It bears a message that deems certain choices mundane and un-feministic, especially if those choices do not go well with the precepts of its gospel.

For instance, If a woman willingly decides, without being shoved or harangued into it, to put a career on hold in order to raise a family; or if a woman decides to juggle the rigours of her career and meet the needs of a home front, why should her choice be perceived as inferior to that of a woman who shuns matrimony and family settings to pursue a careerpath, tooth and nail? For me,none of these decisions is superior to the other. What matters is what suits your person and what makes you fulfilled.

Now, I too disdain the rape culture of hip-hop, of how much it has reduced women to dumb figurines used only to sate sexual appetites. But truth be told, those videos and lyrics are not about to go away. It is a blooming market and people are patronising. The vixens in those music videos are not complaining . They are after a paycheck. But if as a woman, one is concerned about the effect this culture would have on ones children, then it is a parents’/guardians’ responsibility to protect their children from these influences.

Another issue I have with feminism is, it makes you think love is karate and as a strong female kung fu fighter, you should always and at all times have your will be done. But in love, playing second fiddle is inevitable, both for the man and for the woman. You put some things on hold for him and he pauses some plans to please you. Yet if a woman constantly downplays her happiness in order to please a man, then it is not a “love-arrangement”. It has become an employment.

I know there are women who think they are less human if they do not have a man lording over them; women who perceive themselves as zombies if there are no men in their lives. But emotional neediness is not peculiar to women alone. There exist and abound on this green earth very desperate and lonely men too.
This concept of feminism is bent on making the kitchen look like a prison where dreams are cooked, forgotten and burned. I know there are many misguided men who have sworn by their grandparents’ grave never to enter a kitchen in order not to neuter their masculinity . All I can say to them is that they have never really been hungry, alone or without money. One day, when one of these conditions befalls you, necessity would be laid on you to cook.

But as for the women, when did cooking become anti-feministic? Many women enjoy cooking for the ones they love and forgive their men if their mothers did not teach them how to boil eggs. For me, cooking, most times, is an act of love. Feminism makes you believe in the fallacy of the saintiliness of women; that women are the only victims of society. Yet this society we have accused of maligning women have also produced very corrupt female leaders and politicians; it is a society that has churned wicked female employers, stalkers, abusers, aunties who touch young children lewdly, thwarting their childhood. Let their actions not be excused them on the grounds of them being female. Let them face justice too.

“Hands Off My Hand Rolled Chocolate Truffles!” Chef Alex Shows How to Make Yours

Esco: But, I’m Only Just Looking