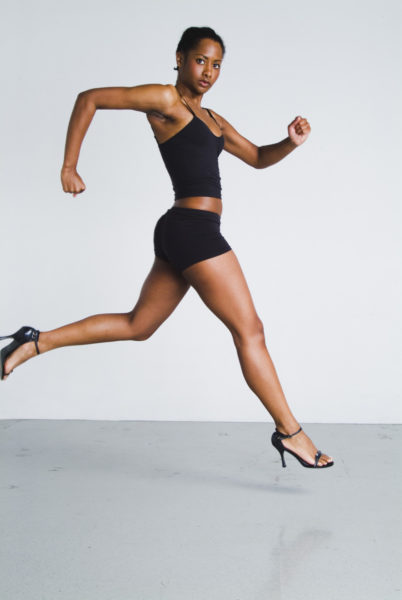 “You are getting fat”. “Babes you need to watch it o!” Those were words I started hearing recently. In truth they were right. I had added a few kilos. To mark the end of year festivities in 2014, My sister and I decided to outsource cooking to a caterer. We made a list of food we wanted to have in the house, Chinese rice and sauce, sauté vegetables, ofada stew and egusi soup. I don’t know where the caterer got her recipe for egusi soup from. It was the best I have had in a long time (Mum’s egusi soup matched up in a traditional way). The egusi soup did not have oil covering it like most Yoruba soups, the taste was fantastic and most importantly it had this wide array of cow leg (Bokoto) and fish in it. This egusi soup made me eat poundo yam at midnight on 2 occasions. I mean, it was just the best. Everytime someone just ‘felt like’ eating ‘swallow’, we all knew it was that egusi soup. So I wasn’t so sad that I had put on some weight. The soup made the additional kilos worth the while.

However, imagine running into someone and after exchanging pleasantries, the next set of words are, “Babes you are adding weight o” or “Watch your tummy fat”. I have to smile or laugh and look for an excuse to give. Some of the excuses I give sound like “Don’t worry, I have been indulging of late” or “Blame it on the junk food”. I had to give a good impression. It was beginning to get annoying. So, it was time to shed the weight. Thankfully, the egusi soup had finished.

To kick-off the weight loss session, I decided to go jogging this wonderful Saturday morning. (I don’t know who sent me). My alarm woke me up at 6:30am. I started by jogging within my compound then decided to take it to the street. White sleeveless top, black shorts with white thin stripes by the sides, completed with black running shoes. I had the crisp look. I started with slow walks, feeling the clean Saturday morning fresh air on my face; I picked up my pace and walked faster. I walked briskly from one end of the street to the other. It was an enclosed street so I decided to break into a run. I ran the length of my street once and decided to take my exercise to the neighboring street. (Wrong move, I should have remained on my street). So, here I was enjoying my early morning jogging exercise, the tingling sensation had started in my thighs, it showed the fat had started burning already. (I was told that was what it indicated) Work it out! I thought to myself increasing my pace a little. My street was a long one which curved into another long street so it was easy jogging as I followed the bend. I made the first bend and was about to start the other bend when I saw this group of young men.

There were 5 of them clustered and chatting loudly, I brushed off the initial alarm and continued jogging. I stopped dead in my tracks when I saw why they were all clustered. Here were these 5 young men, 3 of them held chains in their hands the first chain held a Black Rottweiler, the second held a full Breed Cream and White Alsatian and the third held a Black and White Caucasian. Just in case you are wondering, these are dogs. When I say dogs, I mean DOGS! My jogging exercise was over in my head. I just couldn’t move. The Alsatian sensed my presence and turned towards me. I took a step back instinctively. One of the young men noticed and turned to my direction. “It’s fine you can continue your exercise” he said casually. “We take Saturday morning walks with the dogs”. Slowly I started walking. Slowly, not to make any sudden movement that would offend the gods, sorry dogs, which were watching me. One of the guys decided it was the right time to taunt me and made a sudden barking sound; I screamed and broke into a run. That was my offence against the Rottweiler. It jerked so suddenly the owner wasn’t expecting the sudden movement and did not tighten his hold on the chains. It broke free and started running after me.

I heard a clanging sound and screams behind me and turned to see what the noise was about. The dog was in full pursuit with its chain scrapping the floor as it ran forward. Hmmm people, Shelly-Ann Fraser-Pryce had nothing on me at that moment. If it was a 100m dash competition between both of us at that point, she would have eaten the dust from my sprint. I didn’t know my body could generate such speed, I didn’t know my voice could get so loud. I ran. I screamed. I can’t even remember what I was saying. I remember hearing my voice so loud as I ran. I ran!

Dear God, I ran! I kept running and screaming at the top of my lungs for help from any side. Security guards who were previously in their compounds heard my noise and came out to know what was going on. My brain couldn’t register that I should run into one of the compounds; I just kept running and screaming. Finally, one of the security guards motioned for me to run into his compound. He closed the gate immediately I ran in. 3 seconds later the dog was pounding at the gate. Thank God for steel gates. My legs were visibly shaking I couldn’t stand anymore, I sat on the floor, I was out of breath. The occupants of the house came out at the sound of the commotion outside their gate. The security guard explained the situation to them as I struggled to catch my breath. Outside the gate I heard voices as they tried to calm the dog down. “Easy boy, Easy boy” I heard. “Good dog, quiet now”, then the dog would bark again and they would start the calming spell all over again. Finally there was silence at the gate. All the while, no one dared to open the gate to see what was going on outside. The occupants of the house tried to calm me down. The security guard made to open the gate at the silence outside, “Oga where you dey go” I shouted at him. At that point, everyone forgot their sympathy for me and burst into serious laughter. Obviously I didn’t join the laughing group; it still wasn’t funny to me. He opened the gate amidst laughs and announced that the coast was clear.

The walk back to my house was a very long as I held onto the security guard, for assurance. Most people had come to the street and as I walked on, there were comments of sympathy,” Sorry my dear, we have warned those boys not to bring those dogs here again. Hope you were not hurt”. It went on till I got home.

Everyone in my house laughed so hard as I narrated the story. My mum shed tears from laughter. I haven’t gone outside for any form of exercise since then. My compound is big enough for me to jog now.

Ej Ogenyi: How You Can Make Eating Healthy Easier

Fountain of Life with Taiwo Odukoya: The Thorny Issue of Finances

Atinuke is an adept listener and observer of situations and events around her. This makes her write-ups very relational to people. Most people will describe her as quiet with a peaceful nature. Her passion for writing covers poetry, drama as well as prose. She sees no limitations in engaging the right medium to bring her thoughts to life.

Your Daily Dose of Cuteness is Here! Check out these Photos of Toyin Lawani’s Baby Eleora