Munir Bello: Should Prostitution Be Legal? 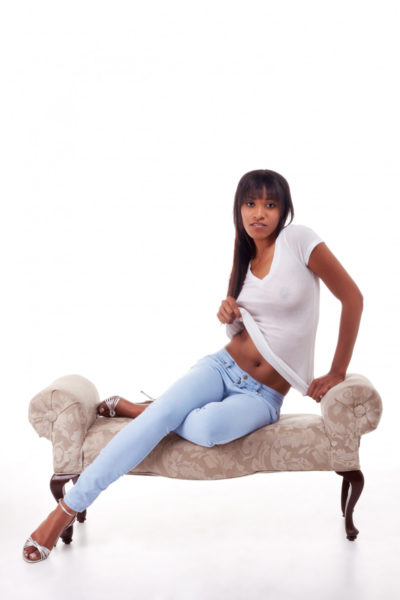 When I was younger I used to work for a Sunglass shop. Some of my regular customers were women who would come in very early in the morning when we opened. They would be very glamorously dressed and looking very tired. Some of them had bags under their eyes. Some of them had black eyes. Most were friendly. They had large amounts of cash on them and took pleasure in spending it. I had my suspicions about how they earned a living but I wasn’t entirely certain. After about 6 months of frequently seeing the girls in the shop I finally asked them what they did for a living. My suspicions were confirmed. These girls were escorts and prostitutes. A lot of them preferred the term escort. As a 16 year old boy, my curiousity got the better of me and I peppered them with questions.

They all had different reasons for doing the job. Some were illegally smuggled into the country as teenage girls by gangs under the premise of being provided jobs as cleaners, secretaries and waitresses. They were very tempted as it would allow them to send money to their families who were very poor. Some were kidnapped from their villages and forced into the trade. Others were in debt to drug dealers and were using their bodies to settle a debt that seemed to have accrued an insurmountable amount of interest. The girls that I got to be speak with regularly were part of a wider ring. They considered themselves lucky as they were allowed to roam the streets freely as they had earned the trust of their bosses (they didn’t like the word pimp).

They made money from sleeping with men and paid some of it to their bosses. They stresses that it was a better life than when they were younger. Back then all the money they made went to these men who would give them basics such as food, clothing and accessories for “work”. They weren’t allowed to go anywhere without having an attendant constantly following them, watching their every move. They got “promoted” after an average of 3 years to street walkers. They were “allowed” to roam the streets and also had access to a mobile phone which would ring at any time with a job that they couldn’t turn down. Their main restriction was the expectance of turning up to a flat at a certain time with a certain minimum amount of money. They were allowed to live away from their “office” but they had to live close by.

I probed them about the average number of men they slept with on a daily basis and the average was 11. They said most of the men were nice but some occasionally got violent. Their bosses were the worst as they were very intimidating. The girls mentioned that if they didn’t make their minimum quota of money, they were beaten and punished. Some of them hated their profession but a higher number than I expected said that they didn’t mind it. They said that the rewards were great and the risks to their lives were minimal in most cases with a few exceptions. These girls wanted to be free of the bosses that ran their lives in order to do it themselves. This is when I started wondering if prostitution should be made legal.

I put this question forward to my male interviewees who had different opinions on the matter as usual. Some couldn’t see past their short term satisfaction and were all for making the trade legal. Others said they liked the trade being kept underground as if they came out of a house of vice, none of their colleagues who might be passing by would know due to the fact that these places weren’t sign posted. Another guy I spoke to who admitted to spending a significant amount of his earnings on paid sex said he’d be happy with complete legalisation as he felt that he was being ripped off but had no complaining body to take his grievances to neither did he have anyone that he could go to for a refund if his experience wasn’t satisfactory (he did point out that his satisfaction would be easy to prove).

Another guy raised a point which was that if it was made legal, he wouldn’t want his daughter to aspire to be in that profession due to the exposure of the trade in the mainstream. Most of his concerns were to do with the effect it would have on him if members of his family were involved in the profession. I’m no expert therefore I’m certain that it’s not as easy as 123 but I do believe that there is a case for it before people rule it out.

I recently started thinking over the issue again in a discussion with a friend. There is a great demand for this service, meaning that it generates a large income stream. It would put more money into the governments coffers through taxes and offer many people a job such as health and safety inspectors, cleaners, receptionists, security guards, accountants and many more.

I must at this stage make clear that I’ve never used the services of an escort but my reasoning for legalisation is to do with the safety of the many women who are exploited and murdered by this industry while it remains illegal. Legalisation would also give people a choice to work in this industry whilst at the moment it is forced labour. It would also mean that less men would get away with abusing the women in this trade in its current form.

Beauty For Ashes! BN Reader Priscilla-Joy Shares the Story of Survival After Rape & Abuse as a Child

Seun Akinlosotu: The Generation That Makes a Difference