Beauty For Ashes! BN Reader Priscilla-Joy Shares the Story of Survival After Rape & Abuse as a Child 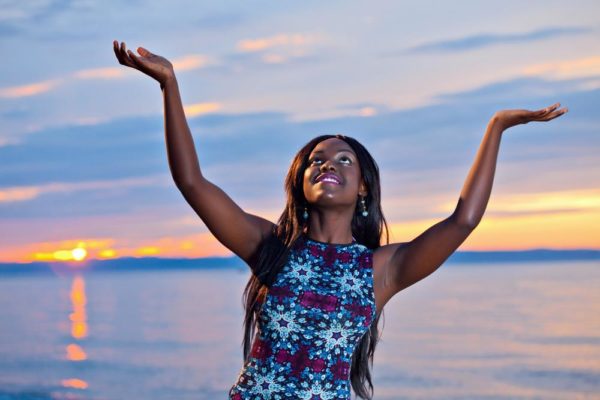 It truly is a big deal that I’ve grown to love and accept myself – not only as a human being but as a woman. I remember when I was a little girl, I hated everything about me: from my body to my feelings. The reason why I had those feelings and the fact that I was born female. I thought that my gender defined me, I thought that being a girl meant that I was weak and inconsequential, I looked at my body and felt that God must have made a mistake to put it together to form me if I was born to be a play thing for the male folk from as little as I was back then. I wondered how it was possible that I was made that way – and at the same time, be given the ability to feel what I felt. And yes I felt shame, sometimes anxiety, other times hopelessness and a dreadful panic that maybe I would grow to constantly experience these unwanted and vile sexual encounters with wicked men whose only thoughts were to molest me.
So, I grew up with these thick walls around me that enabled me to keep people at a distance, never allowing anyone to get close enough to know who I really am. I feared that somehow they would discover my secret, and since it’s not a secret I was proud of I protected it with all I had.

I have lived many lives in different cities across the world, even the ones that don’t truly exist, because it was my way of coping with what was happening to me. I would often be lost in thought, weaving my very own happy and grand story about how precious and important I am and how I’m valued – lauded and admired for great accomplishments and for no other reason but just because I’m a human being.

At the time it began, I was just in nursery school with my brothers when our house boy of about early 20s began to sexually abuse me. He said that there was something about me that made him want to touch me and made me swear not to tell anyone, especially my parents. My dad was very strict, and at the time my step sister had gotten pregnant by a boy in her school. Daddy found out and sent her away to her mum at Ogun state. Therefore, if I didn’t want to end up like her, I had to keep shut since my own mother was living with us or I would be driven out and become homeless.

In my young mind I believed that there had to be something wrong with me for him to want to touch me and have sex with me. Initially I didn’t know that what he was doing to me was wrong, but I knew it was painful and it felt like down there was on fire. Being born in a Christian family, my mum constantly preached about God and how he loves children so I often wondered when I got older and understood that what was happening to me wasn’t happening to other girls, why He didn’t save me.

The peculiar thing about my story is that I was also sexually abused by my cousin. I cannot even remember how it began, but he started where our house boy stopped and I saw myself being pulled into hidden corners and sexually abused once again.

All these happened between the age of 5 and 9. These experiences birthed an insecurity in me that would have me grow up with no self-esteem, no self-love and zero confidence in myself. I was consumed with so much anger; therefore I became reclusive and paranoid, believing that everyone was out to hurt me especially the opposite sex. Till this day I still fear people. But I’ve come to see over the years that abuse is a gift that keeps on giving. It affects its victims in very different ways; some go on to live very destructive lives, dabbling in drugs, prostitution, abusive relationships, and so on just to cope. I went on to have very bad experiences to the point that I wished I could die. By the time I left for boarding school at secondary level for the first time, I came home with a little courage that gave me the ability to stand up to my cousin and threaten to kill him if he ever laid a hand on me again.

I was driven to excel in everything I did, just to prove to myself that there was more to me than my body. The people around admired the young, beautiful and intelligent loner, but my inside was a car crash. My friends often wondered why I was alone more than I was in a relationship, I didn’t really have an answer for them, but all I knew was that I was searching for something. An answer was one, information – another; but more so I was restless for more, I was angry. I had no iota of peace in my heart and I was awkward around people. Why would anyone want to be around that?

I often pondered on why I could feel other people’s pain so deeply. I wondered why I could recognise that there’s a somebody in a nobody. It is because I didn’t and I don’t have a self to get in the way. I’m always careful not to talk down or judge a runs girl/prostitute, because I don’t know how God shielded me from that. I could easily have turned out like them, not for money but for lack of self-control and falling prey to sexual predators.

I thought I lacked substance and the fact that I could feel others meant that I had nothing of myself to feel, but the very thing that was a source of shame actually turned out to be a source of enlightenment. So I stopped giving my self-worth so much importance and began to search for peace and a deeper meaning in life instead. That was the beginning of my journey and love relationship with God. Over time and with practice, I’ve tried to live more and more for my essence.

You see, I was too busy trying to make something out of myself, resisting any form of connection with a man at every stage of my life that I didn’t know there was someone who wanted me to just pause for a minute and acknowledge Him, recognise the beauty of His creation and give Him my heart so that He could do wonders with it.

So I stand and call myself woman. God has healed my heart and shown me what a great privilege it is to be born female. I no longer want to be anyone else but me. I thought to tell this story because there just might someone who feels like she’s alone, like her life isn’t worth much. Look to God for rest, give Him your heart. He can do wonders with every little thing that you give Him. Give Him your little.

It is not over until it’s truly over, no matter what your journey has been like, continue to keep faith and hold unto the promise that God laid in your heart. Recognise and trust your process, and don’t ever let anybody tell you that you don’t matter. Look for people who truly see you, who see your heart and accepts all of you because they believe you’re enough. Water seeks its own level; seek out your garden, tend to it and make it beautiful and don’t forget that everyone is fighting one battle or the other. The world needs more encouragers, we have a surplus of critics already.

Munir Bello: Should Prostitution Be Legal?

I'm a French graduate. I'm beautiful. I love to laugh. I love love music and I'm passionate about service, working with under-privileged children, orphans, etc. And I work with an oil servicing firm