Unfettered with Adebayo Adeleke: A .45 Caliber Bullet and An Encounter With God 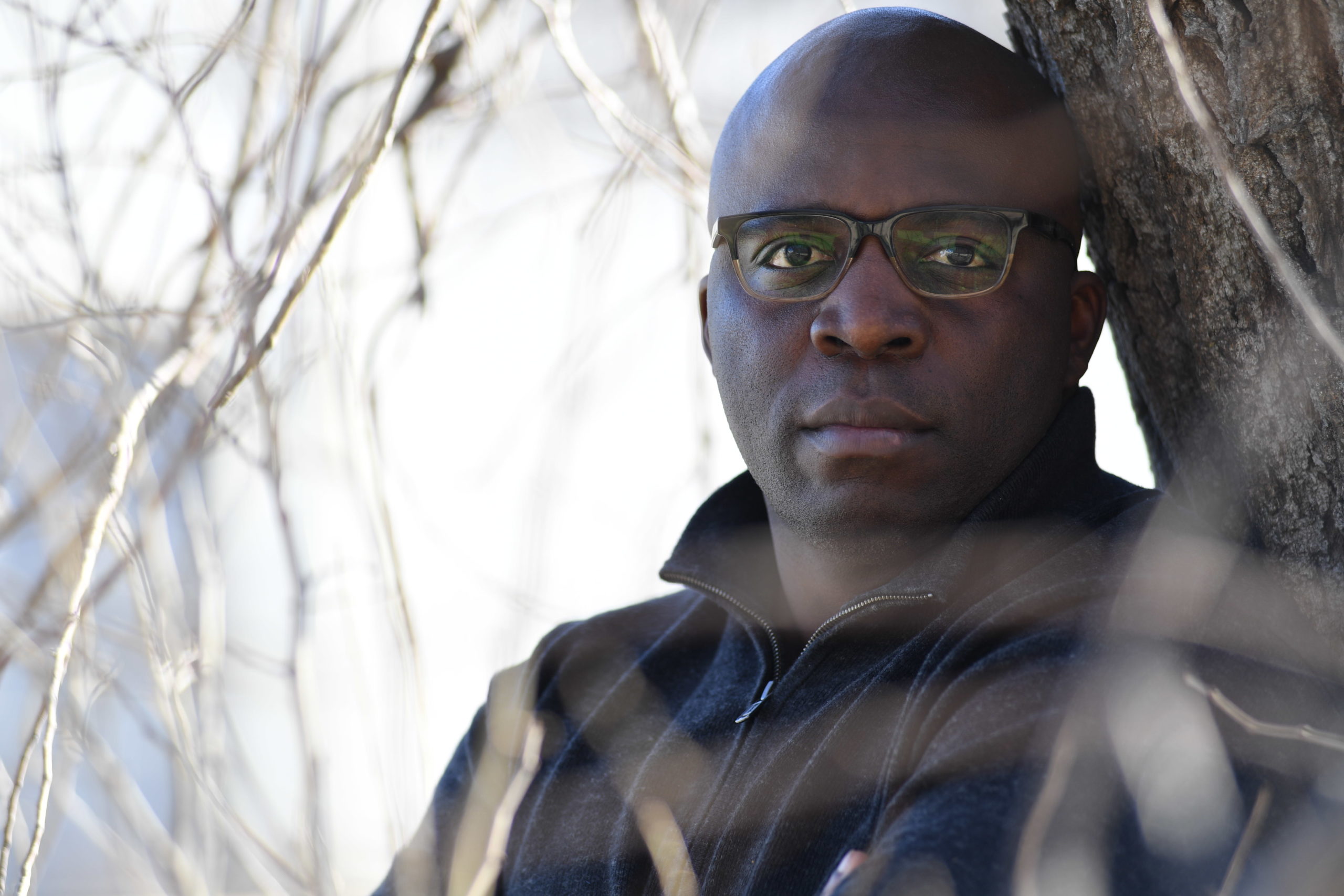 I have always been intrigued by the human mind and the unconventional thought processes of many who do not jump on bandwagons but take time to process their thoughts, dissect issues, read and tender facts. In a world filled with diverse voices, noise, and very loud opinions, it is quite easy to be caught up in ideologies and belief systems that are not originally yours, or sink into the rabbit hole of chaos, especially on social media. In today’s world, there’s this acute need to fit in, a fear of being an “outcast”, or being the one whose beliefs do not fit into conventional societal expectations.

In 2020, when I started the Unfettered Podcast, I was curious to know how people’s experiences shape them, and why we believe in what we believe in. I was eager to listen to the unfiltered narration of the failures, losses, successes, and triumphs that characterize the life of industry leaders, celebrated heroes, and everyday people. One of the stories that hit me, since the inception of the Unfettered Podcast, is the story of John Arroyo.

John and I had known each other from way back when I served in the US Army, and John’s story of how he survived after a bullet went through his throat is splattered everywhere on the internet. But when I invited him to be my guest on the podcast, I wasn’t prepared for the many lessons I gleaned from him.

The story of John Arroyo is one of bravery and utmost courage on the very edge of overwhelming darkness and pain. John, when he spoke of himself, said he is a “man who shouldn’t be alive today and is just using my scars to go and help others who are struggling emotionally, psychologically, physically. Just helping them get up.” Trust me, he wasn’t exaggerating.

John Arroyo, a former Green Beret soldier was shot by another soldier and the .45 bullet went through his jugular into his voice box, into his Adam’s apple, and into his right shoulder. The soldier went on to kill four soldiers including himself, and wounded sixteen others. John had fought in Afghanistan and Iraq but what happened to him on the day he was shot transcended beyond the physical into the spiritual.

While narrating his story on the podcast, John said, “About 4pm on the 2nd of April, 2014, I was going to my battalion headquarters, I parked my car when I got there, got out and instantly, I heard gunshots. I was behind security, I was safe, I knew I was safe. I told myself, ‘this is not Afghanistan, this is not Iraq, I am safe.’ But my hair was sticking up at the back of my mind and I knew that something was not right. While standing in the parking lot, a car pulls up in front of me, I look into the car to see the individual and the next shot I heard, I was hit. The man in the car right in front of me was shooting at everybody he saw going down the road. There was a road that divided my brigade from his transportation unit and he had gone to shoot in his own organisation and then started driving down that road that divided us. He pulled in right in front of me, and it was when I turned my head to see what I heard from down the street  he shot me. I took a .45 caliber through my jugular vein, into my voice box, into my adam apple, and then the bullet traveled from my jugular vein, through my voice box into my right shoulder, and the driver drove off. I didn’t fall on the ground, I was just standing, stunned, like the wind was sucked out of me. I kept asking myself ‘am I shot?’ All of a sudden, my worst fears became a reality as blood gushed out of my neck. I started walking towards my car and then I fell on my face, and I’m just lying there. If someone is shot in your throat, especially with a .45 caliber, it should take about 30 seconds before you’re dead. I didn’t understand why I was still alive.”

I unpacked a lot of things from my conversation with John Arroyo. Issues like religion, spirituality, listening to hearing from God are one of the most controversial conversations to have, especially on social media. But the world is a mysterious place and we cannot fathom it all. People believe in tangibles and in today’s world, talking about your faith, having an encounter with or claiming to hear a voice from God is met with scoffs and sneers. But John’s experience is a testament that the world is beyond tangibles and the physical. In the midst of so much disbelief and life’s vagaries, people are having spiritual experiences that are turning their lives around.

Like Saul on his way to Damascus, John’s encounter is simply gripping. “As I lay on the floor thinking ‘this is where I die’, I heard an audible voice – it didn’t come from outside, it came from inside of me – saying “John, get up or your wife will die”. That’s what I heard. So I got up from the ground and just started moving. I don’t know if I got 5 or 10 seconds to live but I kept putting one step in front of the other. I was moving in the direction where I’ll see people or get help. As I walk, a soldier is coming towards me and I wanted to scream ‘help me’ but I couldn’t talk. As the soldier got close to me, I noticed there’s something not right about him, and as he got closer, I realised, just 10 feet in front of me, that he was the same soldier who shot me.”

Family is key, they are like the paddles that keep our canoes going. My conversation with John reinforced my belief in this smallest social unit. “As I lay on the floor, I wasn’t thinking about how much money I had in my Bank account, the many mails I had to respond to, or the number of likes I had on my Facebook post, what I thought about is what mattered most – my family. I kept thinking “who is gonna care for my wife? Who is gonna take care of my children?”

To be honest, John Arroyo’s story on the Unfettered Podcast is way more than I can write here. Beyond his survival being a miracle, one of the lessons I learned from my conversation with him is that the complexities of the world are beyond human comprehension. Another is that many times, other people’s lives and successes are hinged on ours and we do not even know; for them to live and thrive, we need to ‘get up’ and take charge of our own lives. Another is that our destinies are bigger than our current beliefs and situations, and when we are faced with tragedies and it looks like the end is here, we can always pull ourselves together and “get up”.

BN Prose: This Hate I Feel by Titilayo Olurin

BN Hot Topic: As a Bridesmaid, How Far Would You Go to Please the Bride?

Adebayo Adeleke is the founder of the Unfettered Podcast, a podcast that explores the unfiltered narration of the failures, losses, successes, and triumphs that characterize life of industry leaders and celebrated heroes. He is a dynamic leader with global insights on a broad array of issues. He is a seasoned combat veteran and a retired US Army officer. He has profound knowledge and expertise in areas of risk management and security, supply chain management and logistics, leadership and geo-politics, diversity and inclusion, and emerging markets.