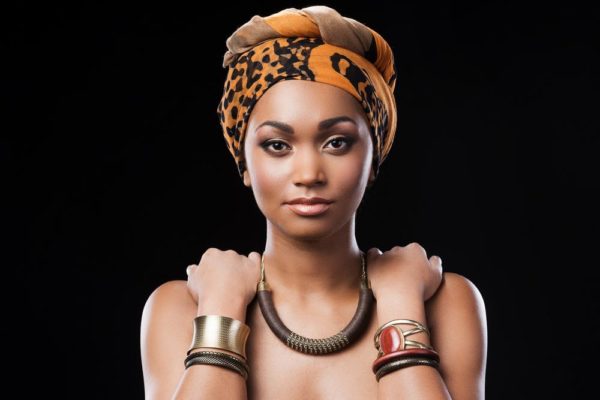 Beauty they say is in the eye of the beholder; so why do I have to look into the eyes of a group of people to pronounce me “beautiful”?
I have grown to realize that no two humans are the same, so I wonder why I have to be compared with my fellow peers to ascertain “my beauty”?
I have been created with the highest form of expertise by the Master Creator; so why do I need the confirmation of lay men to affirm that I am indeed a masterpiece creation?
I am so unique that I have certain features only I can boast of. So why do I suddenly need to conform to their standards to qualify to be called “beautiful”?

At times I wonder, how do you explain to a 12 year old girl who has been blessed with short, fat parents, and cannot help her genes, but be a replica of her parents, that she is truly beautiful?
It almost feels odd because she doesn’t meet the set standard of what the world calls ‘beautiful’.

It’s about time we begin to celebrate the unique beauty in our individuality.
So many times we try to live the life of someone else. We determine our success only by the standards of someone else.
We live each day on the wrong lane, applying all of our energy & strength into a race that isn’t ours. Just as our fingers vary, so do we all differ as humans.

Even in our difference, our individuality is to be celebrated. But then I wonder why I would want to be second placed in someone’s race, when the number one spot is vacant and waiting for me in my own race?

Before now, I used to feel depressed when it seemed like my peers had quick progress, more like instant growth and I just remained at the same spot. Even with all of the efforts it seemed as though little or no result was achieved, or rather so I thought.
But then, it dawned on me that even in real life athletic races, we have different track race i.e. 100m, 200m, 400m, 1,000m e.t.c. and I have noticed that they don’t all run their races in the same fashion. In the 100m race, you put in so much energy in the first few seconds to win the race, while the guy who goes for a 1,000m marathon, would most likely go on a slow tempo in the beginning before increasing the pressure. If he were to compare himself with the 100m guy, he just might run out of energy in no time. But if they both run their races appropriately, they would both be given the coveted medal. In the same way we all differ, but if we would remain steadfast in what we do, with the right tempo, we would win the prize.

Not too long ago I read the story about the Chinese bamboo. Four years after it has been planted, nurtured and watered, there is no visible sign of growth, almost as if it is non-existent. While other plants or trees planted around the same time would have grown so tall within a shorter period. But suddenly, you start to see very little traces of growth, and in like 6 months after, it grows taller than all of the trees in the forest. And as you can imagine, it is much more valuable than the rest.

It’s really not about going so fast or going so slow, it is about knowing you & doing you.
Run according to your race, be it 100m, 200m, 400m, do what is required, when it is required, and stay consistent, at the end, you will get the first place prize for running your race.

It is okay to be inspired by somebody’s success, but never let it intimidate you; rather continue to be better at being you.
Someone out there is waiting for you to run your own race to be inspired.

So with the power conferred on me by my creator just as described in the books, I pronounce YOU… THE MOST BEAUTIFUL EVER…. Oh well, the exciting part of it is that you are the only one of your kind, the very best indeed, with only you in the competition.

You are the sure winner.

I am Princess Simisola, a lady on a mission with a burning desire to help leaders overcome the scourge of low self esteem & lack of self confidence as it is prevalent in the land today. My Role is to give Hope, that notwithstanding how low the World has made you to feel, you are worth more than a thousand rubies, and there is greatness inside of you that the World requires, that Nigeria is in dire need of. My Message is Simple, In every uniqueness, therein lies greatness.Visit my blog : http://princesssimysola.wordpress.com , or follow me on twitter @princessimysola Instagram; @princesssimysolaNb: I write like I talk…. My styleGod Bless you real good.