Chidinma Eke: Men Set the Bride Price for Other Men to Pay 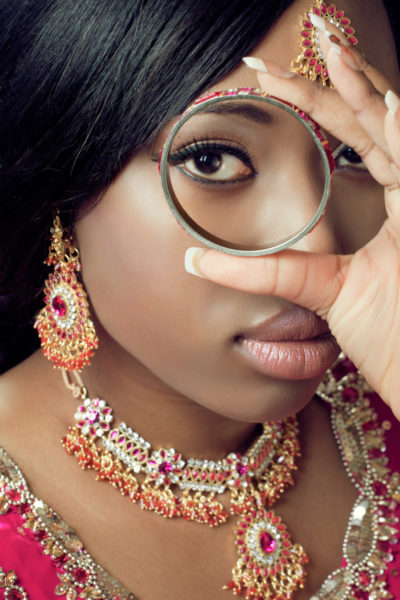 It was thirty minutes to the commencement of the Financial Analysis exam; we were all seated in the hall, revising singularly or in little groups, and of course, some were gisting in groups as well. My mind drifted – coming from a non-accounting background and with no interest in accounting, it didn’t take much for my mind to drift. If it were not a required course, I would gladly have avoided it. Then I heard the voices around – as usual Smart’s voice was the loudest.
Smart was the class clown, very smart like his name connotes, and very funny as well. He could turn any and everything into a joke. That day, he was talking about how he needed extra streams of income because he wanted to get married. He asked if we (his audience) knew how much it cost to marry a wife: the bride price, then other requirements, and the cost of the marriage ceremony, etc. I turned to him and his little group with a ‘really?’ stare: like, is that our immediate need? Then one of his listeners turned to me, asking me the ‘Why are ladies so expensive? question.
My response was a ‘Not now, can we take it up after the exam?’
He continued saying; outrageous bride price is what keeps most men from marrying young, and us ladies, have to reduce it. There I was looking at him like: ‘huh? Can you please let me study?’

We didn’t continue the discussion after the exam, but it got me thinking. Are women to blame for the expensive/outrageous bride price? Who sets the bride price? The bride, her family or good old ‘culture’?

I remember the famous bride price app of 2014. I had so much fun with it. I would tweak and manipulate my bride price any, which way, and I found the elders and their comments totally hilarious. However, there was a very negative public outcry, which I found totally senseless.

The bride price app was one of the issues that cemented my belief that we Nigerians pursue shadows rather than substance. We made such a big deal about an app which calculates bride price – which to me was a harmless bit of fun –  but we don’t speak up against the ‘inflated’ bride price which our families charge daily.
Who determines this bride price? Isn’t it our fathers and uncles? If we are so pained by it, we should take it up with them.

It’s the bride’s father or his representative who hands over the list of requirements. So, if he feels it’s inflated, he has the power to trim it. An African bride has little or no influence on the ‘list’ given to her husband, and most times, when she can influence it,  she’s usually pleading for its reduction. So how do the male folks get to blame us for being too pricey?

Men usually go on about how much they pay to marry, with tales of having to borrow, bla bla bla! I challenged an older married colleague to give his daughter out for free when she’s getting married, and all the outrage dissolved. The response I got was a weak, ‘it’s tradition’.

So, it is  usual tradition when you’re the father of the bride, but it’s an outrage when you’re the groom? That’s hilarious double standards at its most basic and a snapshot of how we live our lives. When it applies to you, it’s explainable, but when it’s someone else, we find reasons for it not to be okay.

Some people might argue that the bride price is what ensures a woman is respected in her marital home. On that note, I beg to differ. A woman’s respect isn’t a factor of ‘how much was paid for her’. Those are just excuses we make up to justify a bad culture. A man who will respect you, will…regardless of how much he paid in bride price.

How do we get around this culture?

It is even more annoying when the bride’s biological father isn’t alive, and his kinsmen who had no hand in her upbringing come to dine. Sometimes a father didn’t play a role in her life, but he will come to ‘collect her bride price’!

I think the men who are most affected on account that they pay bride price, should be the ones to begin the ‘bride price revolution’. Speak with your fathers when your sisters are getting married. Be considerate when you’re giving your daughters out in marriage.
Be good to your wives regardless of how much you paid or didn’t pay for her.

Culture is dynamic and is subject to change. Just like human sacrifice has been phased out in a lot of cultures, so can bride price be moved to a symbolic rite, and not the albatross which it currently is.