Doc Ayomide: What Not To Say to a Person On Medication for Mental Health Illness 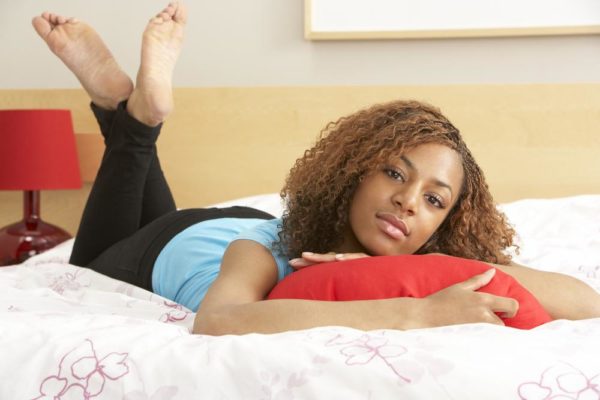 There are a few things about mental illness that get me upset, and today I’m going to talk about one of the biggest. (Yes, this is a rant.)

But first let me tell a little story. (It’s fictional and I’m only using it to illustrate my point, but this is the kind of thing that often happens.)

Fiyin, a bright young lady, had had persistent mood problems for a few years. Then she was diagnosed with depressive disorder and started on medication for it. That was a few months ago. She had come home crying the day she heard and shared it with Temide, her flatmate and a good friend.

Temide hadn’t known anyone before with depression, so it was all kind of new to her, but she was ready to support her friend. The only thing that bothered her was the medication issue — and every single day, at that, always just after brushing her teeth. (She said her psychiatrist said a routine would make it easier to stick to). But Temide couldn’t imagine why anyone should have to take medicine for months just to feel happy. It didn’t seem right.

So one morning, she brought it up, just after Fiyin had taken the day’s dose. She stood in the doorway until her friend finished rinsing out her mouth.

“I’m just worried, Fiyin,” she began. “How long are you going to take this your funny medicine? Why don’t you just try to pull yourself together?”

Fiyin froze. An uncomfortable silence hung in the air. Temide wanted to say something more, but she changed her mind and turned to leave, shaking her head…

***
Obviously Temide has good intentions here. Never mind that they “pave the way to hell.” First off, she’s very likely making a couple of assumptions.

The first (and a truly serious one), is that she probably doesn’t think Fiyin really has a health condition. In most instances I know of where people say stuff like this, they’re often seeing it as just emotional issues the person needs to get over. You know, they just need to encourage themselves and things will be fine. (If they need extra support, the next prescription is often to pray.)

The problem with that is, mental disorders are really medical problems. Medical as in sickness. As in the you-go-to-hospital-and-get-medicine kind of sickness. And while in some conditions (physical and mental) you can get away with not taking meds, with the more serious ones, you’d be taking a dangerous risk.

So, for example, someone with a headache from stress might decide to skip paracetamol and just rest and see what happens. If it’s a migraine, paracetamol won’t even do. If the headache is from a brain tumour, well — that’s surgery right there.

My point? It’s not about the symptom, it’s about what is causing it. Not every one who has a low mood is simply just sad and needing to “get over it.” If their low mood is from something like severe depression, or bipolar disorder, meds can be a huge help.

And when I hear of people saying others should “get themselves together,” or “just pray,” I wonder to myself: would these people get themselves together if they had a broken leg? Would they “just pray” about cancer or HIV? By the way, probably any doctor you know can tell you a few tragic tales of people who died “just praying.” (By “just pray,” I mean the kind with minimal to zero medical input.)
he second problem Temide’s statement contained implied judgement. And this judgement is based on what Temide believes about Fiyin’s condition and what it requires. The problem is that her beliefs are wrong.

You see, a lot of people with mental illness already struggle with having to take medication, especially for conditions that feel (even to them) like “emotional” problems. With obviously physical illnesses, most people get the importance of medicine. But with mental disorders, the idea of it being an illness feels somehow less real, even to the person who has it. And even when a person comes to terms with it, you can imagine how it feels when those you care about refuse to accept it as real, when they insist on seeing it as “emotional” or “spiritual.”

I’ll never forget the first time I had someone ask me, “Why do I have to take meds just to be happy?” It nearly broke my heart. Imagine someone like that being told to stop taking meds! I often wonder: would the advisor still be there if things fall apart?

I’ve known someone who died after stopping medication. People around had suggested it enough, that the person started to feel bad for continuing to take meds. The problem was, when the depression kicked in, it kicked in hard, and no one, including those people, was around to help. The result? Suicide – by hanging. True story.

Please people, it’s just not okay to say things like that to people just like us. All the good intentions in the world don’t reduce the insensitivity of those kinds of statements. Because they contain an assumption that we get it, when we actually don’t. Even for me as a psychiatrist, every new patient is a potential learning experience!

The truth is, taking medicine for a long time is hard for anyone, even doctors. Someone who has to take medicine like that needs support, not further questioning of what they are doing. And when we question them without taking the time to understand, it’s harder for them to ignore.

That is really the crux of the matter: the effect of our ideas on those for whom mental illness is a reality. The assumption that we get it, makes us confident to make pronouncements that leave others hurt and confused. And worse, those kinds of statements imply that they are on their own. Alone.

Because, believe me, when it comes to mental illness, we all still have a lot to learn.

P.S. What have you learned recently? Please share in the comments!

Damilare Kujembola: A Tale of Slavery in the Nigerian Music Industry

Susan J-Enyenihi: Listening to The Wise Old Woman Within Me