Lanre Olagunju: Why Social Security will Be Dead on Arrival in Nigeria 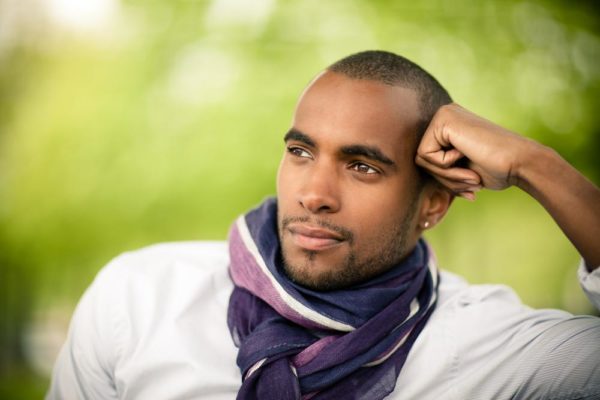 It is unarguable that the topmost responsibility of every government is to provide security and cater for the welfare of its people; but good governance is also essentially about using cost effective and sustainable strategies to get result that translates into better living conditions for citizens. The All Progressives Congress gained tangible popularity with many of its mouth watering promises that bothered many economic analysts, including unrepentant optimists who strongly and openly supported the APC presidential campaign. It is important to clearly state here that none of those promises include the false and much talked about making a dollar equal to N1 – as many ignorant Nigerians have chosen to believe. Ignorant Nigerians who wrongly hold to this claim, do so vehemently, until you ask for a campaign video, advert or newspaper cut-out that supports such a hopeless delusion.

Ordinarily, one would have thought that the promise to pay N5,000 to the poorest Nigerians in form of social security was another campaign promise scheduled for the far future after the APC possibly must have been able to make a better meaning of Nigeria’s present economic degradation. But it’s quite baffling to hear Prof. Yemi Osinbajo who is highly cerebral in every sense, say recently at the 10TH Year Anniversary Lecture at Crescent University in Ogun State that there are on going plans to pay N5,000 to unemployed graduates and the poorest Nigerians across the country.
This is clearly another fire brigade approach to poverty alleviation. The means or chances of possibly getting the project done and sustaining it suggest that the project might just end up to be another major scam just like many other schemes with seemingly good intentions at the onset.

The mechanism with which this promise would be delivered is of great concern, knowing fully well that the present Nigeria is one that pays little or zero attention to data. According to World Bank Statistics, there are about 112 million extremely poor Nigerians who practically feed on less than $1.25USD a day. How does the government intend to reach out to these ones directly, without shooting itself in the leg? As this can easily turn out to be the biggest scam known to Nigeria, or a waiting opportunity by corrupt government officials to amass wealth. On what basis does the government consider a person to be extremely poor or unemployed? What would the criteria be? The unemployment status is a temporary one, how does the project hope to get notified when a young graduate gets a good job with an “arm robber salary”? How long will the project last, how will the government sustain it and then deal with the increasing number of people that join the category of unemployed year in year out?

Until government improves on record keeping at every level, social security in form of giving money to unemployed would rather create more problems. The Nigerian Police is yet to make adequate provision of laptop/desktop computers for its members, and we are here talking social security which needs data to thrive. Is this a joke?

Is the present administration working and planning in line with the present low price of crude oil, and the fact that as at June 2015, market data says an estimate of about 80 million barrels of Nigerian crude are stranded and looking for buyers? Where would the funds to cater for 112 million people come from despite the country’s huge and alarming debt? Certainly not from the stolen funds the Buhari’s government is yet to recover.

The question is where exactly will the money come from? Presently 18 states are technically bankrupt and are finding it very difficult to pay salaries. Some owe as far back as 8 months’ salary. Many of these states have made agreement with contractors by signing irrevocable payment orders with financial institutions, by so doing, contractors get paid first from the money states get from Federal Government. Many governors got into this financial mess by embarking on projects they have no financial capacity to carry out and also their inability to creatively generate income internally. Is this not the same direction the Buhari’s administration is heading? God forbid this administration becomes another clueless one!

President Buhari and his team shouldn’t be unwittingly bound by the saying that a promise is a debt. It doesn’t essentially play out if Nigerians will be better off in the long run with the promise. Mr. President and his Vice will have to openly carry Nigerians along with their plans and strategies.

What Nigerians need is security; the killings have to stop in the North East, the increasing rate of kidnapping amongst other subtle forms of violence and terrorist acts.

When this is done, businesses will thrive. With adequate power, young and innovative Nigerians will create their own realities. When stolen funds are retrieved, they should be used in investing into the economy such that entrepreneurship can blossom, which in turn would create employment. This strategy will reduce poverty, and the benefits of building infrastructure directly or indirectly will outweigh the benefit of meagre N5,000 to the unemployed.

Giving young people money for doing nothing is not a healthy option in a society like ours. How do we create enterprise by so doing? Young people need skills and education to create their own future not N5,000.

Ogechi: Go and Do Nursing

Lanre Olagunju is an hydrologist turn writer cum journalist. He’s fond of giving his heart to every brilliant discussion ‘cos he believes it’s a nice way to gather the good and the not –so-good opinions. He also sees engaging discussions as a way to get people interviewed on topical issues without any formal or serious booking. To Lanre, reading and writing is fun and practically he has written quite a number of articles on several issues. He writes a weekly column tittled #INSIGHTWITHLARIGOLD which runs every Saturday on www.omojuwa.com. When he’s reading, he uncontrollably finds himself writing and at other times, screaming hard. At such point, only a sound psychiatrist can convince anyone of his sanity. He tweets @Lanre_Olagunju on Twitter.