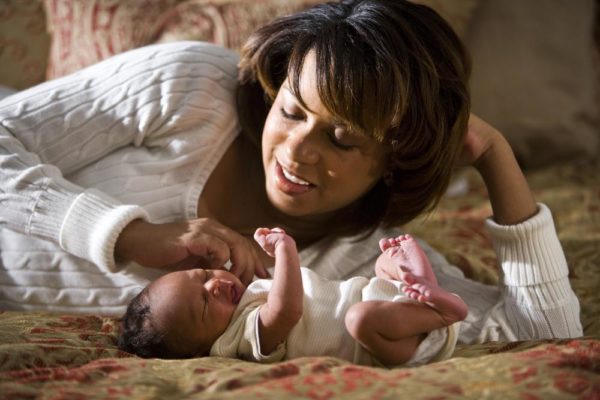 In terms of a reaching the world with a message in the shortest time possible, the word “impossible” has totally lost its essence in this regard. Gone are the days when you would have to wait till daybreak or evening to get updates on National Newspapers. We now live in a new era that mocks the jet age and most of what it stood for.

But what we make of the tool – social media-  is practically at the height of our readiness, doggedness and knowledge of what it can provide. Many who prefer to focus on the negatives of social media can remain in the dark as long as they want. There is practically no tool in the world that can’t be used for either good or bad. Is it not the same water wey no get enemy that floods houses, states and communities? Come on! The same fire that purifies gold is what destroys live and property. A rifle or pistol in the hand of a robber or terrorist serves an entirely different purpose in the hand of a police or soldier. That’s how social media is. At the end, a tool is just as good as what you make of it.

The transformative power of social media as it concerns the health sector was well exercised by Nigerians when the people of Bagega in Zamfara State were hit with lead poisoning as a result of wrong mining practices. In January 2013, Nigerians with the hash tag #SaveBagega on Twitter showed that citizens could get the government to act as fast as it should at a particular point in time.

Doctors Without Borders were ready to treat about 1500 children who were affected by lead poisoning; but before the treatment, remediation had to be done so the treatment can be effective. With an intensive and persistent campaign on Twitter and Facebook, young people with the help of social media were able to get the Nigerian government to release funds for remediation, so treatment for 1500 kids in Zamfara could commence. Bagega had been waiting for remediation since 2010 after 400 kids died and thousands were poisoned. Help never came until January 2013 when Nigerians said “enough is enough” not with guns or bullets, just an hashtag. That’s how effective social media can be when we are determined to engage it wisely.

If we don’t collectively see this as a threat to the wellbeing of women and newborns, then what else would ever bother us as a people? The most frightening part is that we rarely see the deaths of women who die daily as an issue that demands national attention. No, we don’t! We are not concerned enough.

This is probably because we see such deaths as mere statistics. If we were any bothered, maybe we would have forced our politicians to get the right policies and result since that seems to be the language they understand best. Maybe we would have asked them some tough questions that puts a demand on accountability In this regard.

It is easy to point out that during elections, we rarely hear politicians promise to improve on the health of women and children, essentially as it concerns maternal, newborn and child health issues. They would rather promise; to improve power, provide good roads, free WIFI and we watch them say little or absolutely nothing about the shameful reality that of all the women who die globally during pregnancy or childbirth, 14% of them are Nigerian women. We must demand accountability from President Buhari and his team, most especially when he announces the new Minister of Health, regardless of which part of Nigeria he is from.

In every sense, we need to take issues that concerns Nigerian women seriously; not just the ones who live in cities who aren’t actually immune to avoidable and treatable pregnancy related complications, but also those helpless ones in villages. Those deaths aren’t even recorded, probably because no one cares. Even in a state like Lagos, I get to hear of cases of deaths that are avoidable, some due to lack of resources on the part of the mother, lack of blood in some hospitals, and the most painful part which is gradually becoming rampant… errors caused by medical experts.

Something has to give. No community, country or continent looks away at the agony of women and newborns yet expect to prosper.

It might be difficult to see how each Nigerian would practically solve this huge challenge; but I challenge all advocates across Africa to demand more from government. That was what saved Bagega. We can possibly save more women and children with the same approach. Many of the maternal mortality cases are preventable, yet these deaths comes with high costs in form of income and productivity loss and a whole lot of other social-economic pains attached to such loss. When a mother dies, the child’s health, education, growth and general wellbeing suffers. In fact, the pain gets to the entire community directly or otherwise.

We can also demand more from health agencies. It is very important that they carry Sexual & Reproductive Health Rights (SRHR) and Maternal, Newborn & Child Health (MNCH) advocates, journalists and social media influencers along with the policies that must be properly addressed in other to shape public awareness and opinion.
A good strategy to motivate, create and sustain interest among journalists and media influencers is to provide them with data, trainings and seminars which would intelligently aid their reportage. National issues only receive attention when they affect a large number of people or when citizens realize that inactions will lead to nationwide setback.

Across the globe, about 1,500 women die on a daily basis as a result of pregnancy and childbirth related complications. 98% of these deaths occur in developing countries. The giant of Africa is responsible for 14%. Yearly, an average of 15 million women who survive pregnancy and childbirth complications develop physical and mental disabilities thereafter. Bloggers, social media experts and all other media experts have an active role to play in ensuring that we reduce the number of women who lose their lives while giving birth across the continent of Africa. Maternal health advocate should be encouraged to extend their advocacy to radio as this media tool remains a vital source to educate and sensitize women on sexual health related issues. Unfortunately, many advocates get discouraged with the exorbitant cost of airtime. Media houses should bear in mind that sometimes we make money, other times we save and preserve lives with money and available resources.

Win up to N100,000 in FirstBank’s #iRockSummer Challenge!

Lanre Olagunju is an hydrologist turn writer cum journalist. He’s fond of giving his heart to every brilliant discussion ‘cos he believes it’s a nice way to gather the good and the not –so-good opinions. He also sees engaging discussions as a way to get people interviewed on topical issues without any formal or serious booking. To Lanre, reading and writing is fun and practically he has written quite a number of articles on several issues. He writes a weekly column tittled #INSIGHTWITHLARIGOLD which runs every Saturday on www.omojuwa.com. When he’s reading, he uncontrollably finds himself writing and at other times, screaming hard. At such point, only a sound psychiatrist can convince anyone of his sanity. He tweets @Lanre_Olagunju on Twitter.