Atoke's Monday Morning Banter: I Pay My Rent, So I'm Not an Alcoholic 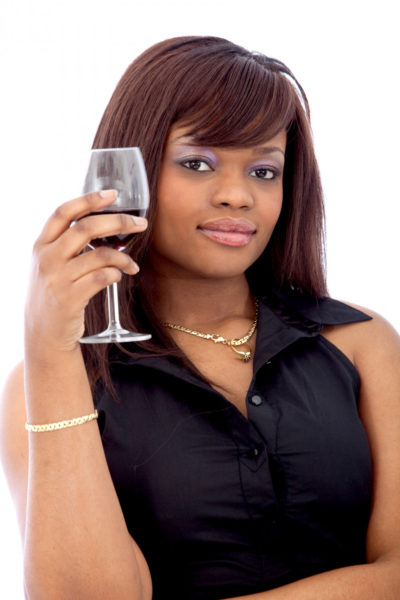 There’s an urban legend in my village about the King’s first son, the Aremo. According to the stories, the Aremo’s ‘star’ had been appropriated to ensure the success of the monarchy. The result of the ‘star’ appropriation is that the guy has never really held down a steady job, and he is usually found drunk and passed out in drainages around the town. He seemed like such a cool chap, until he got drunk and started talking ten to the dozen. For a long time, I wondered what he ever did to his dad to make him just take his ‘star’ like that. But I grew older and realized that this wasn’t about ‘star’ taking. This Aremo was simply an alcoholic.

In Nigeria, we don’t really pay a lot of attention to alcoholism. Like anxiety disorder and other mental health issues, it is not really given prominent attention and we can readily explain it away as something that comes from external factors. In fact, that is even when we acknowledge that alcoholics abound in our society, and our culture even encourages it.

Of course, unlike the English people who openly go out to get plastered over the weekend and boast about it in the office on Monday, our own version of alcoholism is very much covered up. And this is where our problem lies! We like to cover things up, hide, lie and pretend they don’t exist.

We hide our children who have developmental issues. We make excuses for our abusive husbands. We blame our substance abuse issues on our enemies from the village and God forbid we try to seek help. Because seeking help means even admitting we have a problem. Besides, why do you want to give the enemy room to laugh at us. So, we blame the Star thieves for our alcoholism.

Then, we have the alcoholics in the city. They’re the cosmopolitan, upwardly mobile Nigerians. They’re constantly drinking, talking about having a drink, or sleeping off a night of drinking. They’re not washed up in the gutters like their low-income counterparts. But they pose a higher risk, as they drive drunk, operate heavy machinery, and a lot of times, get violent. They’re seen with their sunglasses and those red plastic cups – a signature of Turn Up at its peak. Sadly, they’re always in party mode. Bottoms up.

In researching where to get help for an alcoholic in Nigeria, I stumbled across a Nairaland thread where the topic of alcoholism was being discussed. Nigerians cited alcohol as being evil. Yes, the bottle of whiskey is the problem, not the human with an inability to control his/her actions.
After perusing the thread, I didn’t find any useful resource about where to go if I was an alcoholic. However, I found quite a few interesting things I thought to share.

1: The Nigerian alcoholic has a problem identifying when he has crossed the line (This is a version of the denial phase). There’s a presupposition that if you’re not falling inside gutter, and you can pay your rent, you’re probably not an alcoholic.

Exhibit A
Hi,My name is Richvkunt ,I drink a minimum of three bottles of the ultimate beer every day. At times on saturdays after a football match especially if my team wins,I go out and systematically get rip roaring drunk.(6-7 bottles) I live in a well furnished flat,and I pay my rent in advance. I drive a nice car.I dress well. Ladies find me attractive,and I do my duty towards them. On sundays I go to church and do my christian duty.(The only day I don’t drink.) Am I an alcoholic? Do I need help? [Sic]

2. The average Nigerian genuinely believes alcoholism is a White problem.

Exhibit B
i don’t really think its a big problem in nigeria. unlike in other countries, like south africa or in the west! [Sic]

Exhibit B(i)
We need to separate binge drinking from what people call alcohol addiction. Both are more of a problem in western countries because alcohol is cheaper and more available/assessible. [Sic]

3. The average Nigerian is unable to have a conversation about ANYTHING without the backing of religion.

Jesus turned water to wine (non-acoholic).
For those who have been to Jerusalem, they will know that their type of wine ferments after being left for long and so becomes alcoholic.
That was why Proverbs 23v31 says: Do not look on the wine when it is red, When it sparkles in the cup, When it goes down smoothly’ [Sic]

Exhibit C(ii) (The gods be praised! Someone to steer us right back on track!)
It would be very easy to kill this important thread by turning it into a religious debate on what the Bible did or didn’t say about alcohol/wine.

Common sense should apply here please. Alcoholism is a big problem plaguing Nigerians today that should  be exposed and discussed honestly. It is either you believe you have an alcohol problem or you don’t. At the end, deceiving other people is all well and good, but self deceit is just plain stupidity.

Alcoholism is real in Nigeria. It is not a myth, it is not something that happens because of stolen ‘stars’. Alcoholics need medical help. They need the love and intervention of their friends and loved ones. There’s treatment for alcoholism at the neuro psychiatric hospital, Aro, Ogun State. No, you cannot pray alcoholism away. First you have to admit that you have a problem, in order to seek help. Then, we need to address this business of requiring ‘hot drinks’ for every native rite of passage. Drowning your liver in whiskey isn’t a sign that the gods have accepted your prayers.

If you are ever in doubt about alcoholism, and whether you need help, here’s something from one of our dear friends at Nairaland:

Alcohol addiction is a problem all over the world.
In Nigeria, it is a problem that should be contained now. . because IMO, it is in its early stages.
A bigger problem we have is poverty, which makes a major percentage of the population unable to afford regular meals, not to talk of alcohol.
The big drinkers would be out of the small “middle class” that we have.
Some factors that also help the Nigerian situation is our culture/”religion”. Drinking alcohol is not very socially acceptable with us. And we have a strong family support sys compared to western countries. Therefore, alcoholics are more likely to have more pressure on them to quit by family.

You can read up more about alocholism in Nigeria HERE

Related Topics:AlcoholismAtokeAtoke's Monday Morning BanterGetting Help for Alcoholism
Up Next

A Peek Into the Life Of…Environmental Officer – Tosan Iwere