Osisiye Tafa: How to Build a Happy Workplace 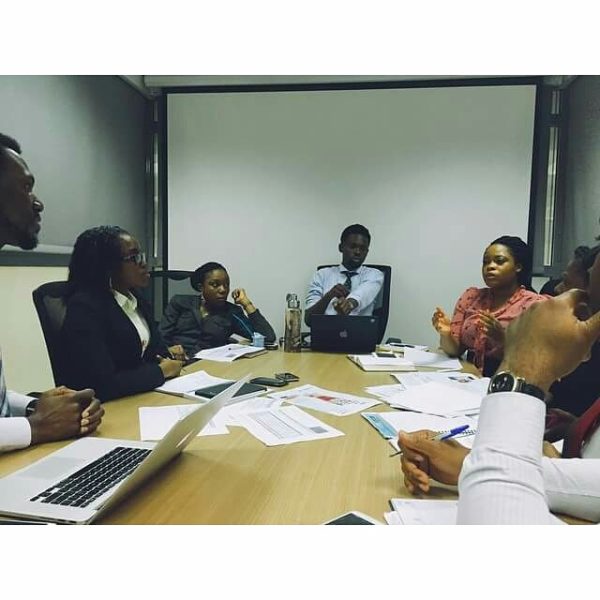 Recently, I left my cool job in a tech company where we had a minibar and no dress code and moved to…a bank?!

It’s been hard man; late hours, wear a tie, wear a jacket but worse of all, folks are stiff!

It’s 2:33 p.m. and I am having a conversation with my Group Head and the issue is not my appraisal, it’s not my career growth, it’s…my hair!

Somehow, my hair is worth a 30-minute meeting and we are talking about how my hair needs to be combed more frequently, how we can prevent tufts of it from standing off at awkward angles and how we can make my hair ‘inspire trust in our customers’.

After this meeting, I was certain about one thing, these folks had to lighten up.

I considered different ways to achieve this:

But these were not cutting it; it had to be something subtle, something they were unconscious of yet with the power to influence.

On my drive home, it occurred to me; alcohol. Somehow, I had to give my dear, beautiful banker colleagues alcohol in a way that was deliberate yet unknown, in copious amounts yet odourless and consistently without the need to request.

A few options were readily available:

Any of these could be placed in the area between the can and nozzle of the general office dispenser.

Next part that bothered me was this, having people consume water laced with alcohol for just 3 work days means the average staff would be consuming about 60% of their own weight in alcohol. I feared they would unknowingly get dependent on the lightness this would bring, miss that feeling during the weekend, probably look for alcohol during the weekend and become alcoholics without meaning to. I want my colleagues to be happy, not alcoholics, not that I have anything against alcoholics, I just think dependence of any type should be a conscious decision.

And then I got some insight. If I step out today and I get hit by a car and I break my hip, I’ll be taken to hospital and I’ll be given loads of diamorphine. Diamorphine is heroin. And I’ll be given it for quite a long period of time. And if what we believe about addiction is right –I should become an addict after my hip heals, right? Well, that doesn’t happen. The reason being that people do not get addicted to stuff when they have connected and balanced lives.

On Monday, I resumed late. I had a book reading the day before and these events drain you. I came in and my Group Head was at the printer. I was surprised; normally his secretary handled tasks like this. I ran to him and offered to help with his printing but he rubbed my hair (just as you would that of your favourite shaggy dog) and told me it was fine, that he wanted to do this. As an afterthought, he looked at me and said, ‘Nice hair texture’.

After that, things have greatly improved. My Line Manager recently called me and said he felt my constant lateness was fine. In his words ‘From a matter of aesthetics, 8:45 really looks good on the attendance register considering the curves and slants rather than 8:00 with the double, boring zeros’. My colleague had an idea the other day that helped us increase our bottom line by 25%. Management just congratulated everyone on my floor for our innovative ideas. Maybe it is not right the way my female colleague sometimes starts dancing midway typing a memo. Maybe it’s all in my head but Ope suddenly drinks more water than I remember, is there a chance she can tell the water is “different”? Maybe my Line Manager laughs too often but we are all happy and productive, isn’t that all that matters?

Note: Johann Harri’s TED Talk, ‘Everything You Know About Addiction is Wrong’ and Bruce Alexander’s ‘Rat Park Experiment’ was drawn on for this story. Original article available here.

Note: Osisiye writes creative non-fiction. This means this story is a mix of real life and fiction, to be specific, 60% real life and 40% fiction.

A Peek Into the Life Of… Spa Therapist – ‘Tito Balogun