It has been two weeks since I arrived the island of Sao Tome, and I think I may have put on 3-5 kilos. I feel it when I move. The last two weeks have been an alternation of utterly interesting explorations and utterly lazy days – where I come back home so exhausted from 6-7 hours of exploration, or I just waddle into the kitchen and the fridge to stuff my face with food before going upstairs to watch Tyrant and oooh, and ahhhhh over the suspense.

The second day of my second week, I wanted to go into the village again. Walking up the unending flight of stairs was breath-taking. I really mean breath…taking. I got up there and started to pant. The pregnant girlfriend of the owner of the guest-house showed her concern. She asked if I was pregnant too.

I went back to my room and exercised until I started to sweat. 3-5 kilos fayah. Una must go. 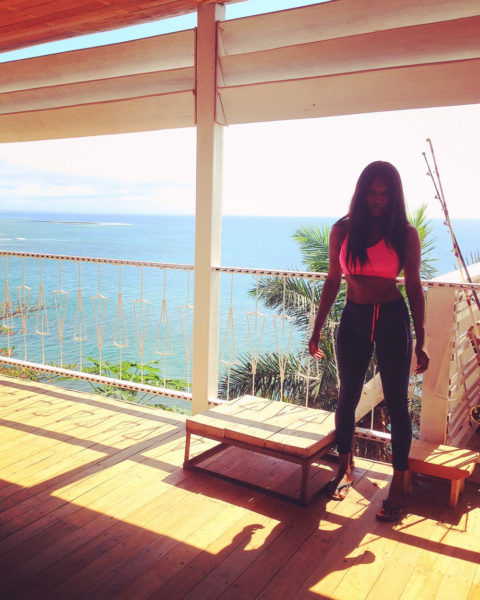 I continued my waka the day after. When I got to the village, I sat under the palm-roofed shed and enjoyed the street scene. There were children, dogs and people just interacting on the street. From nowhere, there was this old woman (must have been around 70 years of age), she just came around, happy as a kite, spoke to everyone, and there and then started to kizomba on the street. I was half surprised and half taken-aback, to see this old woman just enjoy herself so under the sun – without a care in the world. The mama no send anybody o. She bent over and put her palms to the floor and started whinin’ her waist and jiggling the bom–bom. And she wore a skirt… Ewooooo! My eyes kennat see such. I commot eye sharply. Did not take any photo and focused on my fish which I wacked with my ten fingers. Only one fish I ate. I stared to watch my diet from that day. 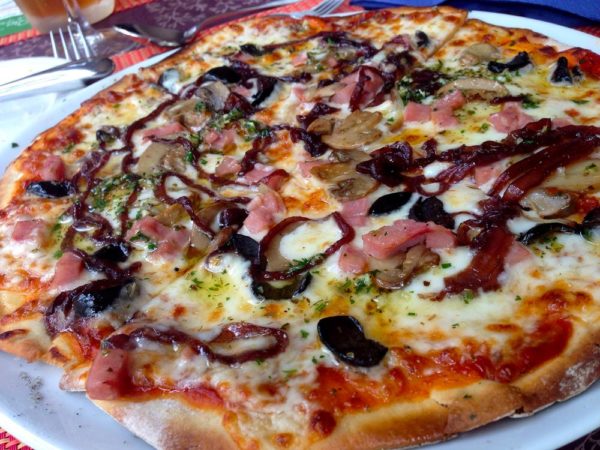 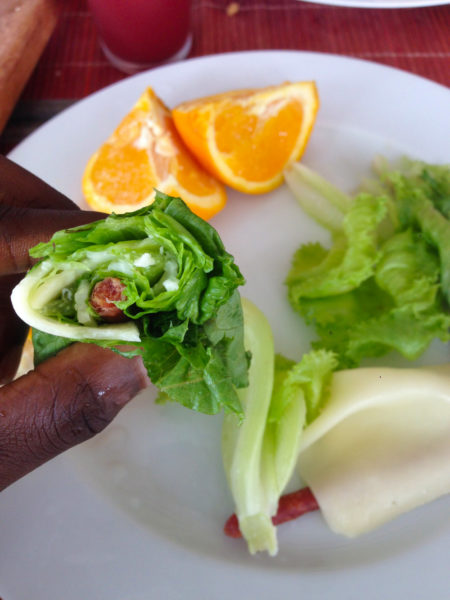 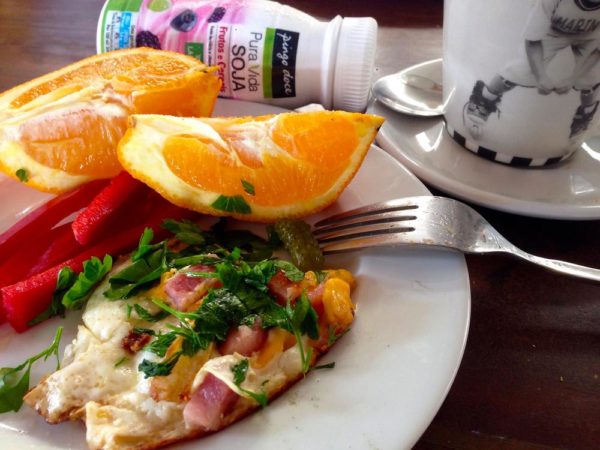 In truth, I think I have learnt only a few things about the Sao Tome people. I won’t say I have learnt a lot, because I find it exasperating when foreigners come into Nigeria and stay in their nice, mosquito-free rooms on the island, only to go back to their countries and say they know ALL about Nigerians and how we ALL behave (even though they probably only met Southerners). Or, worse, the ones that only go to mosquito infested lands and return to the west and inform the whole world that they have been to AF-RII-KAA. And oh, what an absolutely pitiful, pitiful sight. 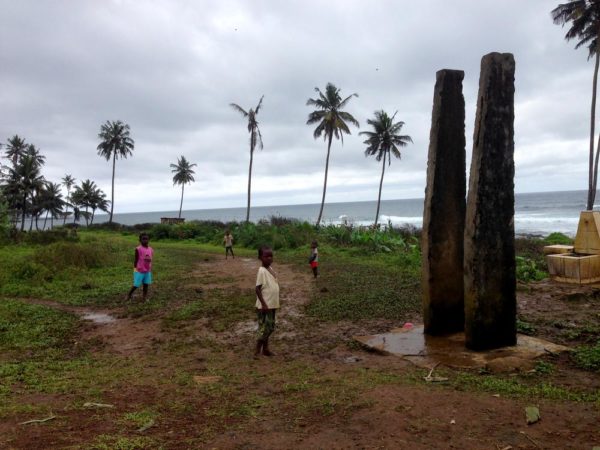 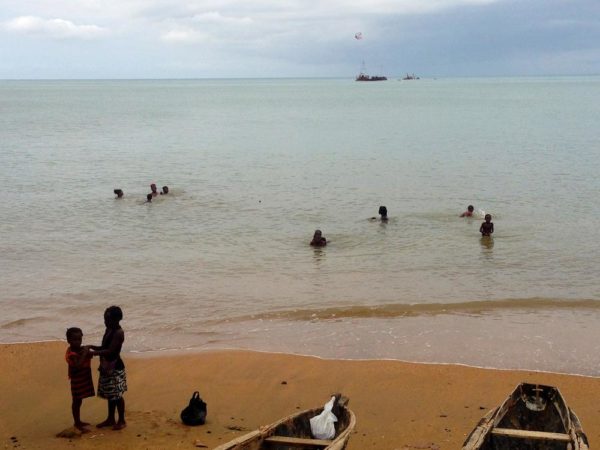 Oga, you went to a rural village, in the remote areas of a country, in a fraction of a big continent. I don’t know what you were expecting, mbok.

Anyway, like I said. Let’s just say everything I have learnt about the island and its people is nothing but a fraction of who they are. But the summary of this fraction is that they are uncomplicated, polite and friendly. They, the young, old, poor and rich carry themselves with a quiet dignity that is admirable. Every time I was back in the guest-house, I would sit on the terrace and look out into the ocean and just take a moment to appreciate the place, and the series of events that led me there. 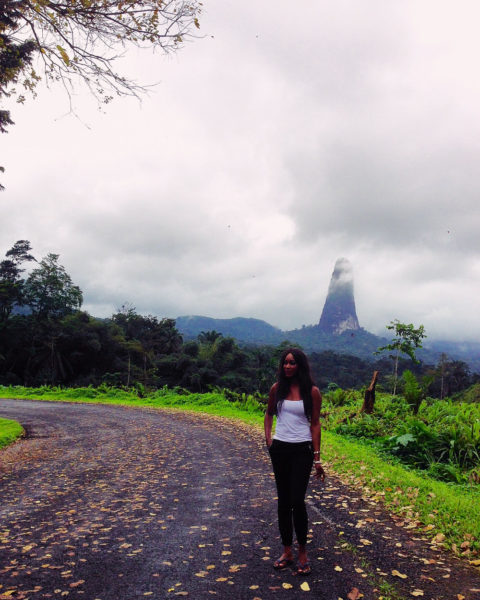 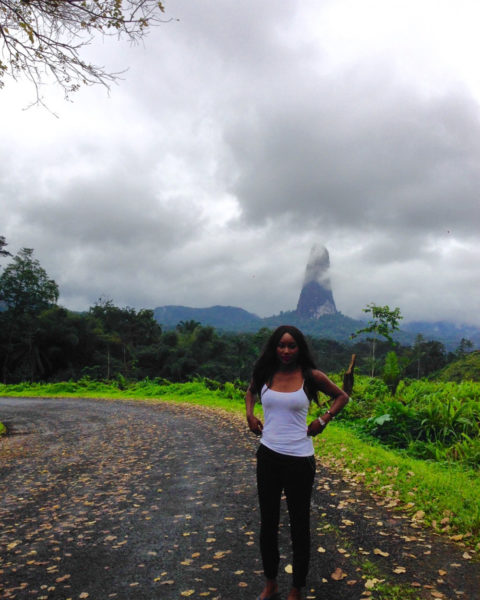 Being such a small island with less than 200,000 people in it, I don’t think the island draws in enough revenue from tourists and tourism to support its economy in a major way like the Maldives, Zanzibar or even Seychelles. It is a blessing and a curse, I think. Tourism could mean big bucks for them. It could bring big businesses, it could bring employment opportunities for the locals. Because everything there is so beautiful, I believe in 5 – 30 years the island would have changed.

I hope it is for the better, though a practical person must know, that not all change is for the better. Tourists will bring fame and recognition to the island, but then people rarely leave their vices behind when they travel. Drugs, alcohol-abuse, rape, prostitution, human trafficking and all manners perversion could be a costly consequence. I almost fear for this beautiful, simple place, even though I want them to do well, and get that “luxury-island-destination” fame and fortune, I still fear for them. At the end of the day, the only people who can save the Sao Tomeans from the deadly cost of the change that is to come are the Sao Tomeans themselves, and I pray they hold everyone – rich or poor, African or non-African to the high standards they hold themselves.

Ahhhhhhhh… serious things… How about we gist a little, eh?

Hian! Please before I start, let me issue a major disclaimer… so the men-folk y’all don’t crucify me, mbok… These are not my words, this is NOT personal – I am simply reporting the NEWS. That being said, this is not about ALL Nigerian men… this is about THE NIGERIAN men that went to Sao Tome and did somethings that the locals shared with me. Okay?

You see in Sao Tome, there are a lot of people of mixed racial heritage, the Creoles, many of whom are direct descendants of the old Portuguese colonial settlers… their yellowness no be here at all… with shiny hair that blows with the wind. Sooooooooooooooo, that was how dem say awa brothers con confuse seeing all these yallow-yallow babes, and decided to approach these babes by offering them dollars and pounds, just because…

Anyways, dem say many of the girls took offence and reported to their families, their men and to themselves (Because family, relationships and parent-hood are a big deal in Sao Tome, they share these information and feel collectively insulted by such solicitations. Never forget that Sao Tome is a really small place, and that the whole country’s population is only about 190,000 people. You can imagine how many people are in a district. Walahi, every adult I met was in one kind of relationship/partnership with another). Anyways, due to relative high number of Nigerian visitors who kept doing this from the ones who have visited, it has led to many of the locals having a poor opinion of us generally, particularly because of these few, who solicit their yallow-yallow women…

(Please, na so me hear am, na e I take write am so… no be me talk am o!) Anyway, if it’s any consolation, they say some Cameroonians and Senegalese men do it too, but Naija men do it the most. So, I guess it’s errrrrr… a thing with some of awa Africanus Brotheriuses.

Well, what can I say? I personally think that we are better than this, and that it is unfortunate that this is the image SOME OF US, have given about ALL OF US. It just makes you wonder what other people think of us out there – generally, and what -in particular- they must think of our men, and our women. What do you guys think? Are our men so base? Do you think our women are such money-grabbers?

For the rest of the week, I thought the story of the yallow-yallow loving Africanus Brotheriuses. I also thought about the story of a foreign paedophile that I found utterly disturbing. An old man of 75, would lure the children of the locals with sweets, then take them in his car and violate them. What kind of human being thinks it is okay to violate 5 year old girls? Jesus! Perhaps there is justice in the world after all, for the paedophile was arrested and sentenced to jail for 25 years.

Ahhhhh, this world. Who are we, and what have we done to ourselves? Hopefully, someday, as human beings, we would ALL collectively do right by the young, and the weak. The foreign paedophile was a very wealthy man who probably had local staff and all. But he messed up, and their law held him accountable. They didn’t excuse him, they didn’t tolerate it, hide it, or try to manage it – just because he was a source of “daily bread.”

This is one of the many things I have come to love about these people.