Isio Knows Better: Who Has The Rights to an Unplanned Baby? 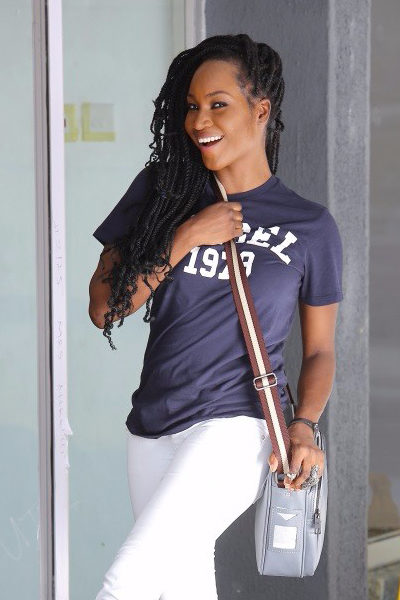 Okay, so I heard this gist a few years ago. This guy and this girl were having a side situationship. The lady was 29, the guy was 33 and both were unmarried, even though the guy had this long-distance on-off relationship which he described as “it’s complicated”. So, these two decided to be each other’s snack on the side.

They had been friends for about two years, but somehow their feelings went from platonic to hedonistic. They never quite got to the romantic, and they were fine with that. After all, both were successful, young and beautiful and decided to enjoy the pleasures of a relationship without the responsibilities and wahala of one.

That is, until the lady became scarce, and the guy started wondering why. For the period of a month, she wasn’t available for their uncomplicated gbenshing sessions. It was a period of unexplained drought. And when the drought ended and they had quenched their thirsts, they guy asked what that was about, and she replied offhandedly…

“Oh, it’s nothing… Turned out I was pregnant, but I took care of it, you have nothing to worry about.”

“But, what, what…” sputtered the man in confusion “You were … pregnant? Mine?”

“Yep”. She rolled out of the bed and grabbed a bottle of water to rehydrate.

“You didn’t tell me?” his voice had risen several octaves “And wait, wait, wait… what do you mean you took care of it?” His eyes narrowed further, “Did you have an abortion?”

“Yes, I did. I mean, it’s a baby. We are always so careful, but somehow, it happened. You have been clear from the beginning about how you can’t commit to this, because you have a complicated thing going on. Besides, I didn’t think you would want it, so I got an abortion… why are you upset?”

He just stared at her. All he could say was, “I can’t believe you got rid of it without telling me…”

And that was how the situationship pafuka-ed. The girl never understood why he got upset since she figured he wouldn’t have wanted the child any way. The guy got upset because he felt she should have told him FIRST – to give him a chance to decide whether or not he wanted the baby.  The girl responded that his annoyance was not about the child, but the fact that she only didn’t give him a chance to rubbish her just because she was pregnant. The guy couldn’t understand how she could be so cold, and want them to go back to normal.

I heard the gist from the guy, and he wanted to know my take on the matter.

Nna mehnnnnnn. This matter… odikwa hard to judge. I no even fit put mouth sef, because I can understand where both parties are coming from.

Let us cut right to it; abortion is bad, fornication is a sin, and abstinence is best… yes, yes, yes, we know. But, unto the matter of unplanned babies, which does happen a lot … Who owns the rights? I would say both, in an ideal world filled with ideal circumstances. But, our world is far from ideal, and circumstances are sometimes far from ideal. What happens if one party decides they don’t want to keep an unplanned baby and not tell you? What happens if one party decides they do want it and keep it and not tell you?

Back in the day, long, long time ago, *wink*, one guy was toasting me sha. And you guys know me na, I am a sharp shooter with my very direct questions like, Do you have/have you at any time had HIV, Staphylococcus, Gonorrhoea or any kain kraw-kraw? And, Do you/ have you at any point had a child/baby mama? And last but not the least… Have you ever experimented with a member of the male specie? No judgements of course, but me no like any kain surprise. [Anyway, we covered these topics in Background Checks].

So, that was how me I was asking o, he too asked me his own. Number One, he passed… okay, no shakin’. So me con fayah am number two question, the bros con chillllllllllllllllll, con carry water drink…

I was like, wattapun? Ezz not hot. Why you carry water dey swallow am like say you follow Moses dey waka come from Egypt. I look am well, well… No be joke o. Bros don dey sweat.

He adjusted his tie and said something under his breath… It sounded like, “I think I have a son…”

Ehen. I did not hear it well… Ogbeni, please talk am out. LOUDER plix.

Hohohohoohooo! In my mind I was doing the African Mother’s see-me-see-trouble clap. PIKINS?! So you are telling me now that you have a-pikins? What do you mean you think? It’s either you have or you don’t. Abi is it a spiritual pikins? HA! ME I DID NOT SIGN UP FOR SPIRITUAL BATTLE O!

And then, the ogbeni told me how it happened and I felt instantly sorry for him. When im dey obodo-oyinbo in his twenties, he had this spring-fling with one fine oyinbo geh. [Na so im talk am]. After spring-break had ended – nine months later he got a random call from said girl. She informed him quite succinctly that she had successfully delivered their baby. That she wanted nothing from him, herself and her family would take care of the little boy – so he didn’t have to worry, nor did he have to be involved. That was it. She said her piece to a flabbergasted ogbeni and hung up on a flabbergasted ogbeni.

She sent him a post-card; of herself and the baby sleeping snuggly in her arms. She changed her number and disappeared.

OUUUUUU, GIRL. That’s cold mehnnnnnn. That is so cold, even hell-fire will give you an upgrade. WHOOOOOOOOOT?!

Recalling the story, the ogbeni’s eyes became misty. Me sef carry water drink like say I follow Moses waka come from Egypt. I tell am sorry. Wetin pesin wan talk unto this matter wey get weight so? Wahala dey ground… I kennat fit to shout.

So, I throw it to you guys, who has the rights to an unplanned baby? A baby conceived unintentionally, where the parents either did not use contraception, or used it, and it failed.

Have you been in situation A or B? What did you do? Why did you do it sef? And biko, gist us… how exxally did this matter of accidental baby happen?

*grabbing my pop-corn and Ribena*

BN Prose: He’s Just Not Into You by Ugochi V. Ukah