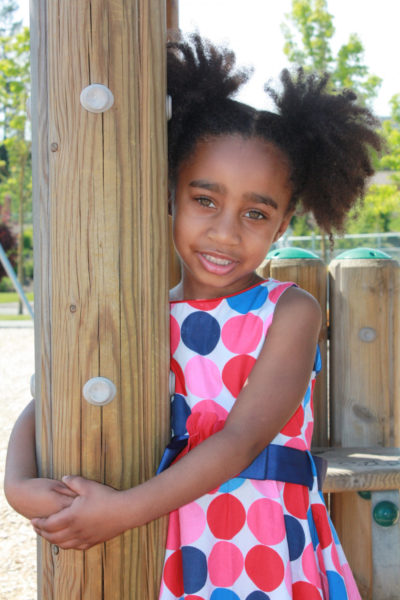 Most of the kids born in the past 15 years don’t have the slightest idea of what it really means to play. For their mind, life without cable TVs, DVDs, seasonal movies, PS3s, Tablets and sophisticated phones must have been boring.

I grew up without those, and No I wasn’t bored for a second. If you grew up in the 90’s or earlier than that, you will probably agree with me. The reason it wasn’t boring was because we equally had enough fun filled activities to keep us occupied.

Below are 20 of such games that children below 15 years may not readily identify with. If you enjoyed any of this, holler at me in the comment section.

This involves drawing a diagram that looks like a rectangular box divided into six parts. The major rule here is to make sure that your stone does not touch the line. So all we did was throw the stone to a particular part of the drawing and hop in and out until we end up ‘buying all the houses’.

It involves touching your partner’s hand and clapping your hands together in a particular manner while singing a song. The ones I still remember are “tinko tinko tinkoliko”…and “nchichiri mgba”.

This particular game involves spinning an object called ‘koso’ and using your hand to tackle it in such a way that it will land face down with its tail lifted in the air. Koso is built from pen covers and the plastic lids of torch batteries.

This one had so many versions. My favourite version was the one where you hang some rubber bands on a nail/wood affixed to a wall, and try to disengage as many rubbers from the nail by firing it with another rubber.

This game simply involves packing a number of cashew nuts in a particular circle and using a big/strong cashew nut (Kada) to stone the pack. Anyone you are able to get out of the circle becomes yours.

Borex is a Nigerian version of skateboards. We built it with wood and tiny tyre-like metals that rolled and gave motion to the board as we rode.

This is one of the most popular games ever played. It involved having a group of children hide in different places. One person (catcher) goes around looking for people. The first person to be ‘caught’ becomes the catcher, and starts looking for other people to catch.

Here, we lightly tied someone’s eyes and then make the person look for the other kids. The kid with tied eyes calls out “Poppy”, and every other person responds by saying “Yes”. This gives him direction. He then follows the closest voice and tries to catch someone. Anyone he catches/touches becomes the next ‘poppy’.

We called it kiso, and it was mainly played by a minimum of two girls. They usually stand facing each other and try to clap their hands and move their legs at a particular rhythm. The important thing is to make sure that you do not do the same kind of leg gesture that the girl facing you does.

This is a wooden game with 12 round pits. Six are on each side containing four stones/seeds. The game involves picking the stones from a particular seed and distributing it from one pit to the other. Then with the last seed you pick the seeds in the next pit.

We usually poured wet mud/sand on our feet until the structure can stand. We would then remove our feet and start beautifying the new ‘house’.

This is a pretend game that usually involves getting old tins of milk/tea and pouring water and sand into them. It was usually played by a boy who plays ‘daddy’ and a girl who plays ‘mommy’. The goal is to pretend you are cooking. Grasses and flowers are usually used as vegetables here.

This game is played on the floor. Used mineral corks are the players, a button is the football, and the packet of St Louis sugar is built in such a way that it resembles a goal post. The goal is to use the cork to kick the button into your opponent’s goal post.

Just get any old tyre and start pushing or slapping it from behind. You can bend in any direction you want and try to move at any speed you choose. This can be played alone or as a motor racing competition.

There are so many versions of this game especially when you include the songs you sing and the styles you make while skipping the rope. It is always fun when played in groups.

Get the lid of any paint bucket or any other round object, and your wheel is ready. If you can get a metallic hangar and untwist it, that is your steering. Place the steering below the wheel and enjoy your ride.

I didn’t want to add this, but I just remembered that my little brother doesn’t know how to play football. The most popular version here is the ‘monkey post’. Just four players on each side is enough. We either used big stones or our slippers as the goal post.

Another version is the one we call O no n’etiti. Here, a group of several boys pass the ball to themselves while trying to dribble a boy who is usually in the centre. The important thing is to make sure the boy in the middle doesn’t touch the ball or dispossess you. If it happens, roles will be reversed.

A previously chosen person is the catcher. He runs after every other person, and whoever the catcher catches becomes the next catcher.

This is played by a large group who usually sit in pairs and in a circle. All the children sing, “there is fire on the mountain, run run run…”, and one of each pair runs round the circle. They will all keep running until “the fire is up!”

At that point, every child will try and locate his/her partner. Any group that is ‘partner-less’ at the end is eliminated. This continues until the last group wins.

I haff try. Oya over to you! If you know say you play any of those games, tell us now. If there are some that I didn’t write here, please mention them too.

Watch this video of hand clapping games below: